Onwards and upwards for Mercedes Vans

MERCEDES-BENZ Vans Australia/Pacific has broken through its all-time highest annual sales result with just over two months of trading still to run, and is anticipating another record in 2019 with its first full year of the X-Class ute and just-launched new-generation Sprinter large van on the market.

But the light-commercial arm of the market-leading prestige brand has also sounded a note of caution that it does not want sales to grow too quickly and cause the company, and its dealer network, problems down the track.

Speaking to GoAuto at the launch of the Sprinter in Adelaide this week, Mercedes-Benz Vans Aust/Pac managing director and CEO Diane Tarr was upbeat about the brand’s position, with sales rising 32.2 per cent to the end of September – to 5405 units – and this month pushing past its previous record annual result of 5421 new registrations set last year.

“It’s been a great year,” she said. “We brought a new model, X-Class, into the market, so that was really exciting for us. You don’t often get, in the commercial space, two big launches in one year. 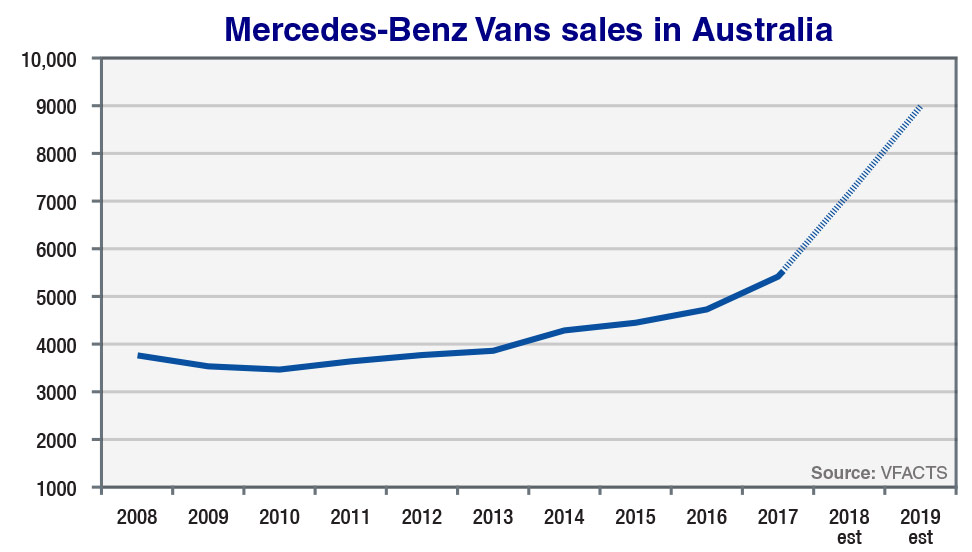 “(The Sprinter’s) runout year has been challenging; it always is challenging. We’ve really maintained our position in that runout year, which is fantastic, and we’re going to close on a high.”

Ms Tarr was quick to point out that the brand’s sales growth should be sustainable, although the double-barrelled assault with an expanding X-Class range and new Sprinter should take it up to the 9000-unit mark next year – and beyond.

“We always want to keep growing; that’s always an ambition of ours,” she said. “It needs to be a sustainable growth, (but) you have to think we have a full year of Sprinter sales, a full year of X-Class and all our other products, we can expect to have a good year next year.”

Sprinter volume has this year climbed 15.4 per cent, to 2528 units, with strong retail interest and the timing of fleet deliveries helping it buck the trend of slowing sales in a runout year.

The X-Class went on sale in four-cylinder form in April and has managed 1032 sales to the end of September. It will be bolstered late this year by the launch of its first two V6 variants, which the company expects will outstrip sales of the broader four-pot range. 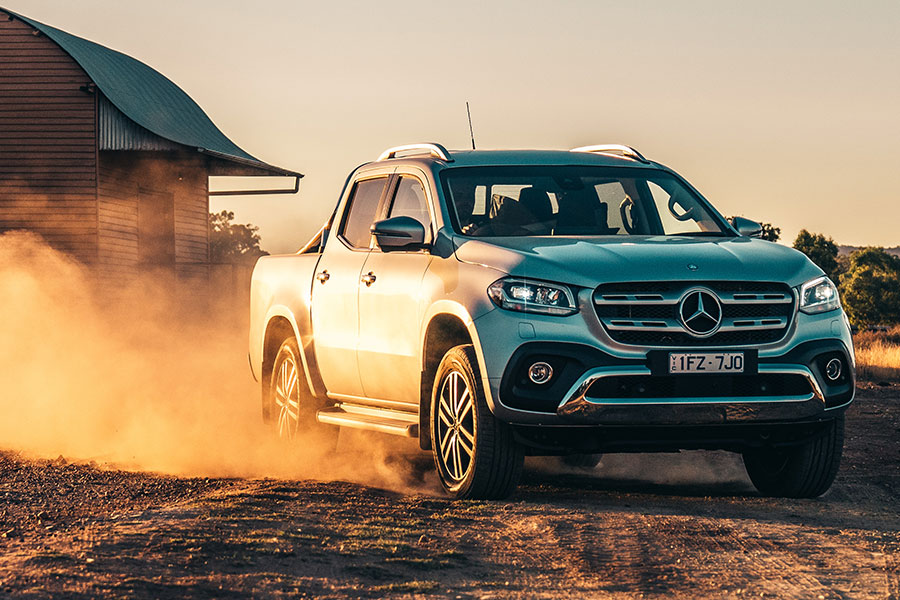 X-cellent: The X-Class has resonated with some ute buyers, having sold 1032 examples since its launch in April this year.

“We’re happy with the X-Class in market,” Ms Tarr said. “We’ve always known and we were not blinded to the fact that it’s very aggressive and a competitive space for us.

“The V6 will be launched in December, so that’s a highly anticipated variant we’re bringing into the market. We’re looking forward to that.”

She would not be drawn on sales projections for the X-Class in 2019, saying only that “it’ll be great to have a full year in market and of growth with four-cylinder and V6 next year, to get a real feel and understanding around that position for us and that segment”.

Asked if customers had reacted negatively to the V6’s premium pricing – starting at $73,270 plus on-road costs and topping out at $79,415 – Ms Tarr said the opposite was true.

“(There are) no real negatives coming through,” she said. “We know, with the four-cylinder in market, the response has been very positive towards the vehicle.

“The NVH levels and the comfort and driveability have been really positive, and that just heightens people’s interest in … the V6 engine, transmission and all that.”

Like most ute buyers, X-Class customers also typically accessorise their vehicles with tonneau covers, canopies, towbars and side steps, to the tune of about $5000 to $7000, according to Ms Tarr. 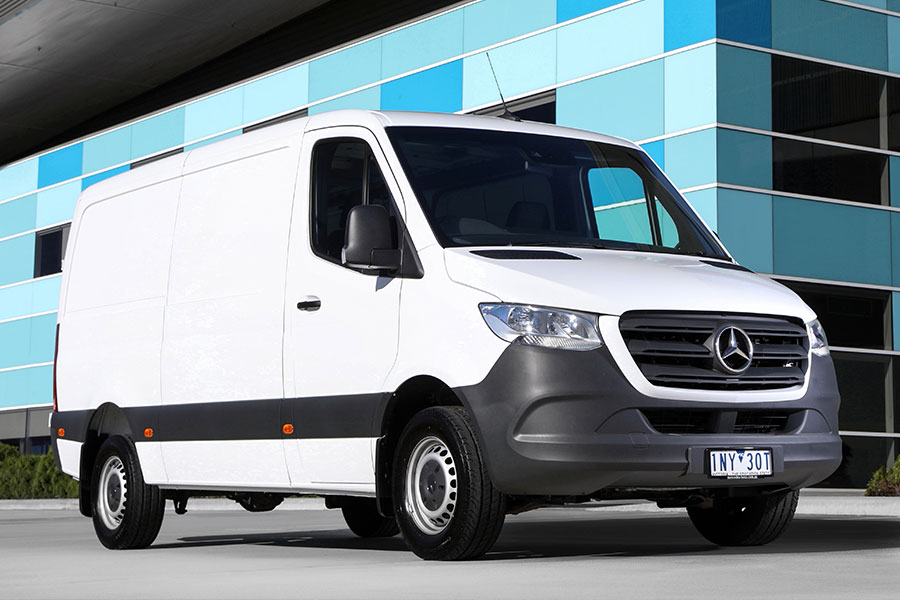 “That whole segment just keeps growing and growing. Many manufacturers are looking at a higher spec and a higher spec,” she said.

“It still amazes me, and it’s great, how people pay for a ute and still want to individualise it. It’s quite a lot of money, in terms of individualising their utes. I think it’s a great opportunity for us.”

Ms Tarr said she was unsure whether X-Class would eventually topple the Sprinter as the best-selling Mercedes-Benz Vans model but remained confident Sprinter would stay ahead in its segment.

“X-Class is ramping up, (but) let’s see where that lands,” she said. “Sprinter is, and remains at this point in time, our number-one volume seller.

“It’s an important product for us, and I believe the new Sprinter resets the benchmark – again – in the category. That will really sustain it long term as the number-one product.”