THOMSON Ford in Parramatta is on the move after owner Nick Politis sold the 3306 square metre premises to make way for a mixed commercial and residential high-rise development.

Mr Politis sold the land for about $70 million to developer Dyldam, the company that also owns the adjoining 14.3 hectare site in Parramatta’s busy Church Street.

Speaking to GoAutoNews Premium, Mr Politis said Thomson Ford would not close but was being relocated to a new development at the other end of Church Street.

“All the car dealers are at the top end of Church Street and we have decided to also relocate,” he said.

“Sime Darby is redeveloping its Porsche dealership there, Mercedes-Benz is there and the Parramatta Motor Group has five franchises in the street.

“Thomson Ford was left on its own at the end of the street so we decided to move with a new showroom.”

The move has been sanctioned by Ford Australia and customers will be supported by Thomson Ford’s existing service centre in Parramatta.

The buyer, property developer Dyldam last September bought the 14.3 hectare Auto Alley property for $150 million. Approval has already been granted for a mixed commercial and residential complex on the site, valued at an estimated $600 million.

The Thomson Ford site was sold with an approved planning proposal from the NSW government for a 55-storey, 570-apartment tower to be called “Macarthur Square”. 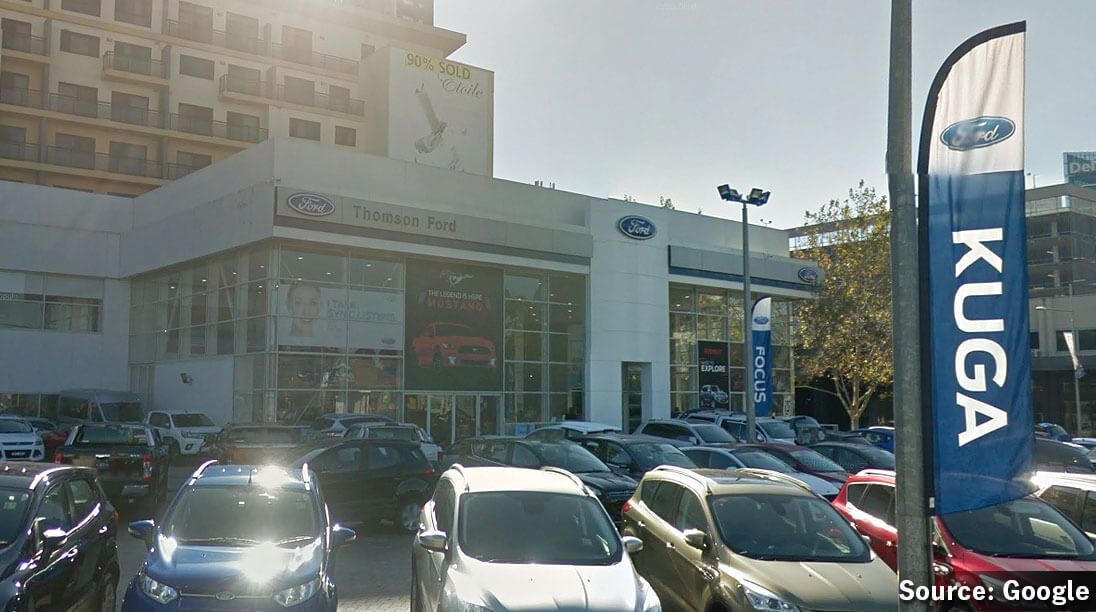