Last year, overall Porsche sales were down 12.8 per cent due in part to model changeovers for its Macan and Cayenne SUVs, however strong performances were seen from the likes of the 911 sportscar, which missed out on a yearly sales record by just 11 units.

Speaking to GoAuto at the launch of the all-new eighth-generation 911, PCA head of public relations Chris Jordan said that while the company needs to be aware of the slowing market, it has so far avoided any major signs of falling sales thanks to a full order book for its most popular models. 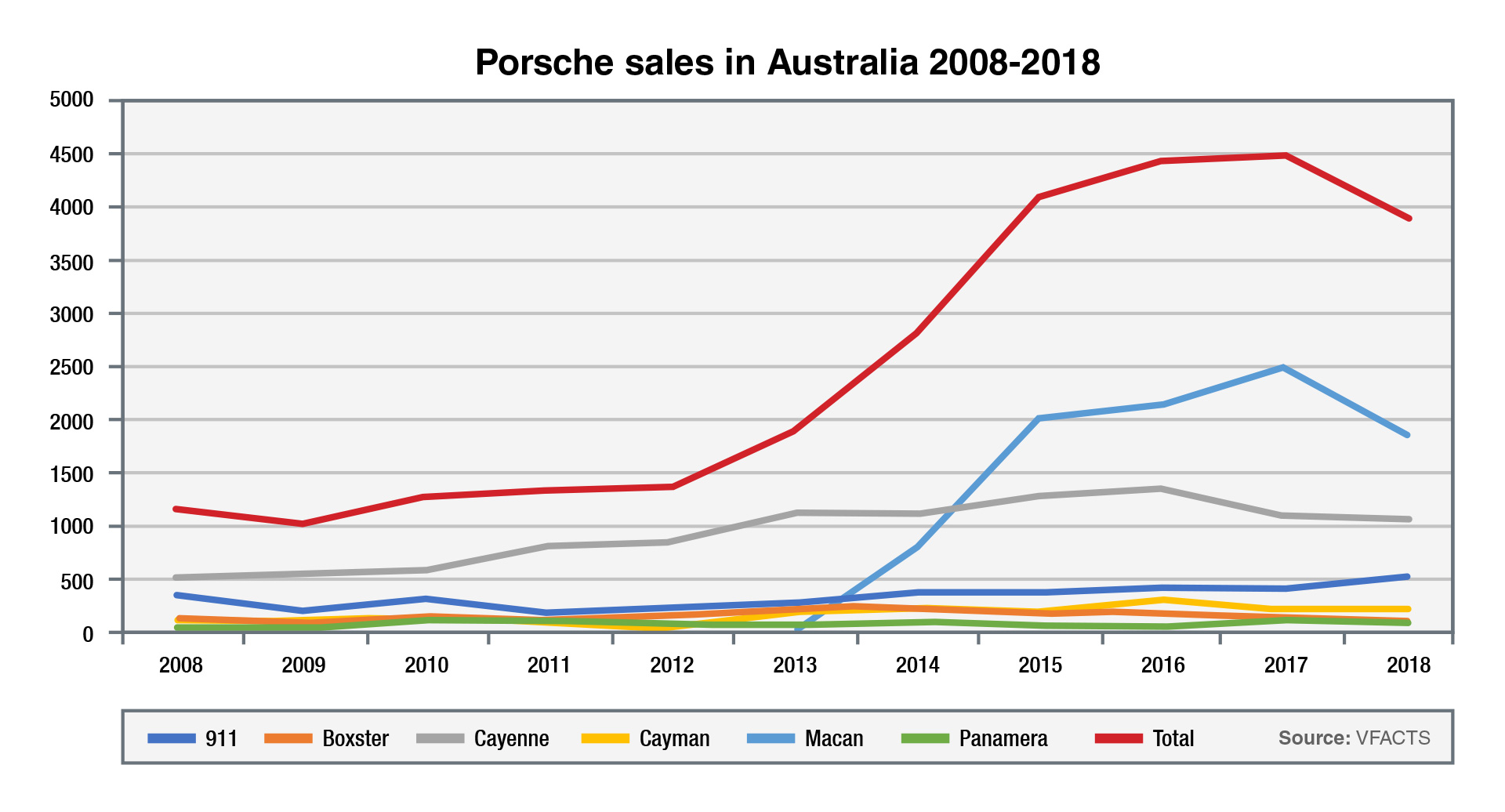 “I think it is certainly something you need to be conscious of,” he said. “At the same time in our business we haven’t seen any huge factors yet.

“Due to a couple of factors in 2018 we’re actually a little bit behind in delivering Cayenne to customers, so we’re really working hard to bring in as many cars as we can for Cayenne. We’re in the middle of catching up on that now.”

The third-generation Cayenne landed locally in June last year with a four-variant range, which can be expected to expand in future with the likes of GTS and Turbo S e-Hybrid variants.

Cayenne sales dipped slightly by 2.4 per cent last year, but, with 1084 new registrations, it was still comfortably the second-best-selling model in Porsche’s line-up behind the Macan medium SUV, which finished with 1874 sales (-24.4%) ahead of an updated model that touched down locally in February.

Mr Jordan said the orders coming in for the new Macan and the just-launched 992-series 911 – the company’s third-best-selling model – ensured the company was still experiencing significant interest in its volume models. 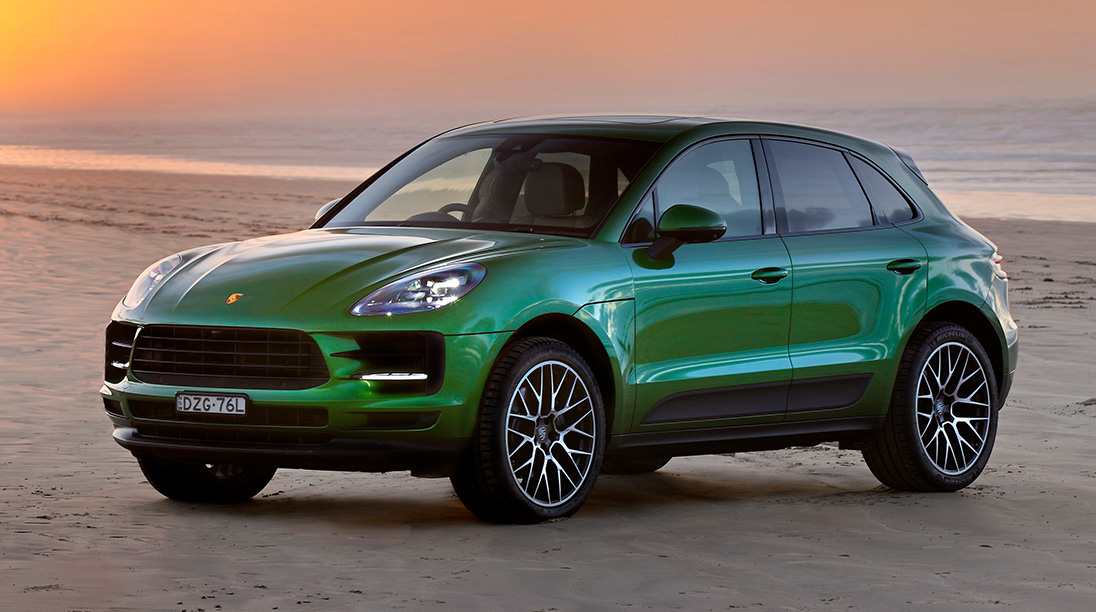 “Our best-selling car is Macan, and that’s literally just arriving into the country now with the S and the four-cylinder, and then our most iconic product, the 911, is just launching an all-new version right now,” he said.

“So the order intake we have on our three best-selling nameplates – Macan, Cayenne and 911 – is actually strong.

“We haven’t seen any economic factors affect those three things, but they are in their launch year. Even Cayenne only launched last year, so it’s still in its first 12 months.”

He acknowledged that PCA’s recent launch activity might not give it the best idea of where it stands amid uncertain economic conditions, however both the Macan and 911 will have plenty of fresh new variants to bolster the range and keep interest piqued in coming months and years.

The Macan can be expected to be joined by flagship GTS and Turbo grades in the future, while the 911 will have a wide range of variants arriving over the course of the next couple of years including the S Cabriolet in four to six weeks, the base-level Carrera towards the end of the year, and other models including the GTS, Turbo, Turbo S, the Targa body style and the track-oriented GT3.

Mr Jordan would not be drawn on sales expectations for PCA in 2019, saying it is not a major focus for the brand who instead would prioritise customer satisfaction.

“We never talk about sales projections and we’re not big ones to talk about sales because the biggest thing for us is to look after our customers and have strong relationships with our customers, and strong resale value, product reliability, sales and service scores that are really high in satisfaction, so we don’t go out and chase sales for the sake of sales,” he said.

“There’s no point really in putting projections on things.” 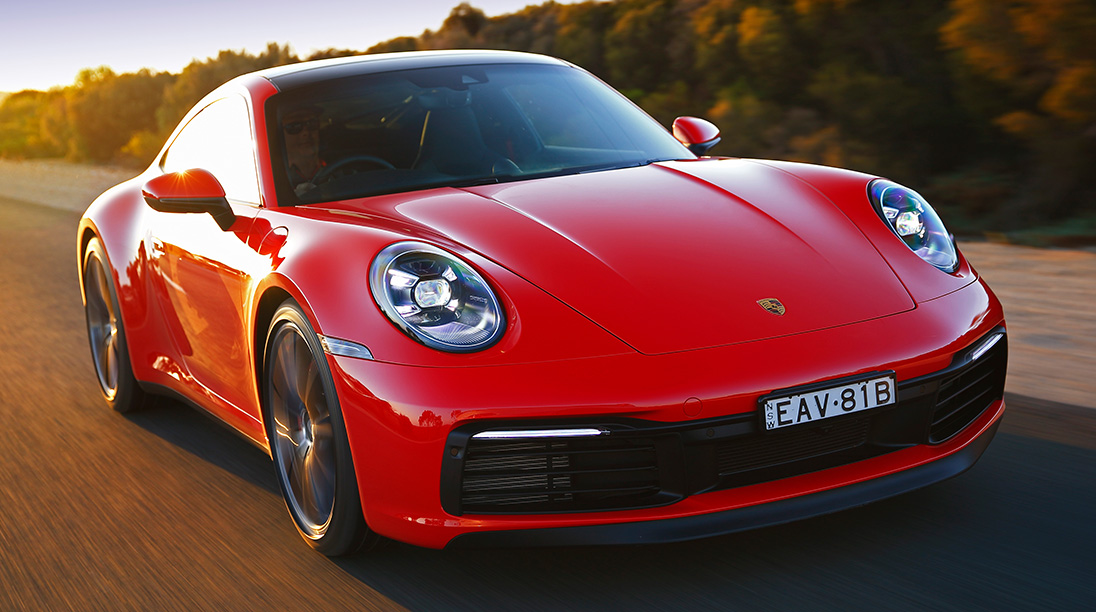