New A-Class to keep interest up, but premium crossovers are proving popular

Benz’s fourth-generation A-Class hits Australian showrooms in August, replacing the hugely successful model that landed in early 2013, which has been a global sales hit.

While Mercedes has not revealed sales targets for the new A-Class, it is likely to either maintain or build on the volume of the outgoing model, particularly when the rest of the range – including the fire-breathing A45 AMG – launches, which should be by this time next year. 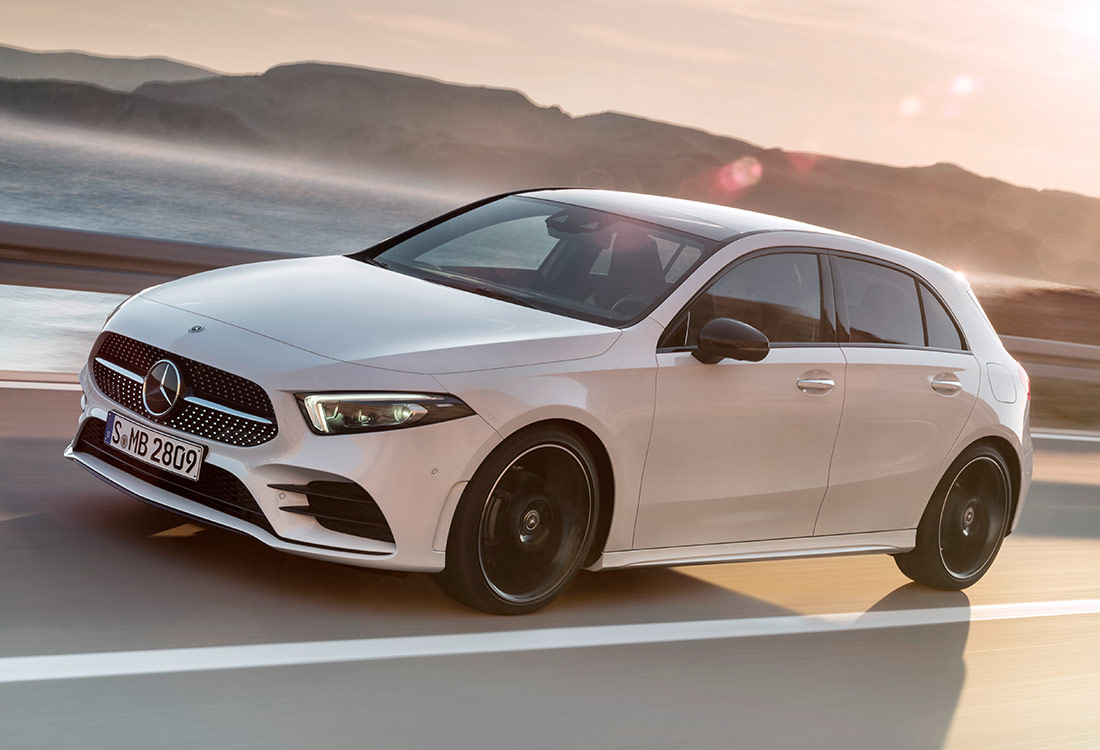 Split class: The new-gen A-Class hits shores in August, but more variants, including the yet-to-be-seen A45 AMG, won’t arrive until early 2019.

Despite its popularity, the outgoing A-Class has only topped the segment’s yearly sales tally once in its life cycle. In its first full year of sales, 2014, Benz recorded 4676 sales, just edging out Audi’s A3 by just over 120 units.

The A3 also arrived in 2013 and has been the sales leader in the premium small-car segment every year except 2014.

The A3 figures include both the hatch and sedan, while the A-Class is only a hatchback, although that is set to change with the new-gen Benz, which will also be offered in sedan guise, following its reveal at last week’s Beijing motor show.

While the A3 and the A-Class are the dominant players in the segment, the other key contender is the BMW 1 Series that arrived about 18 months before the A-Class in its current generation.

BMW has come third in the sales race for a few years now and has been in no danger of bothering the Benz or Audi at the top of the tally. 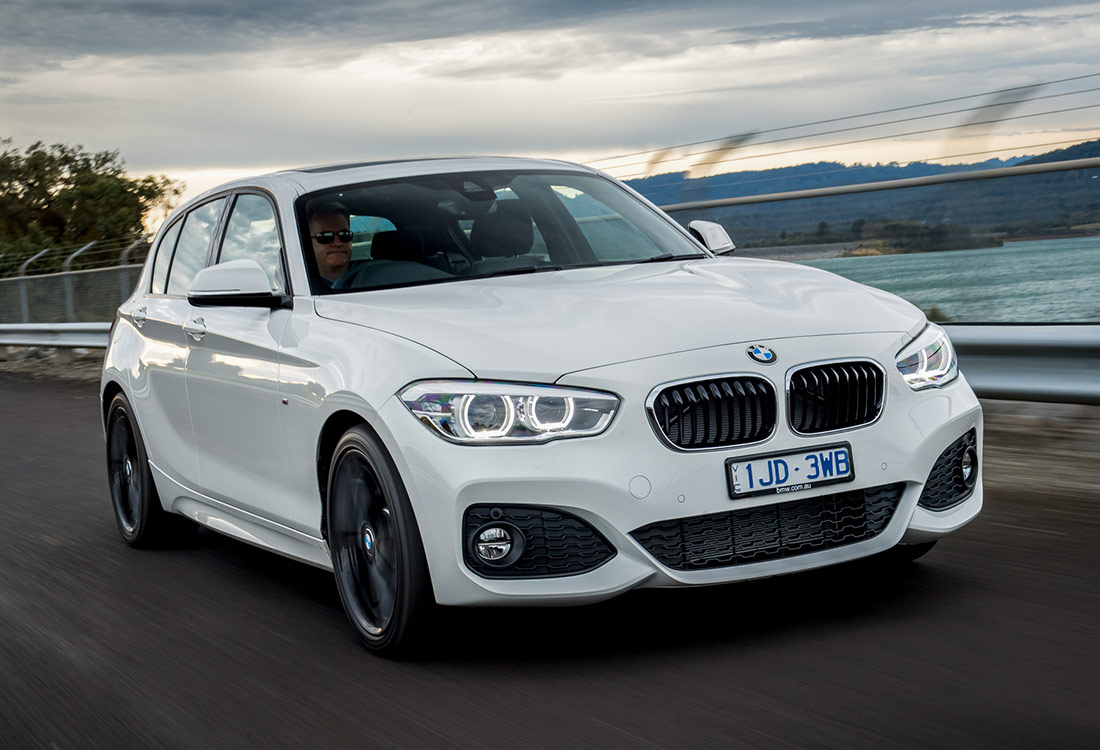 It is unclear if Benz can maintain the momentum come August when the new model rolls out, or if it will experience a lull as it waits for more variants to arrive.

The Volvo launched just before the A-Class in February 2013 and is due for replacement soon, while it remains unclear if the CT200h will be replaced at all.

Both of these ageing models will likely be impacted by the arrival of small crossovers in their respective line-ups. Volvo launches its new XC40 crossover this week in Australia, while the recently revealed Lexus UX small SUV hits showrooms in early 2019.

It is difficult to determine whether small-SUV offerings that are already on sale from these brands have eaten into the sales of the small hatchbacks.

Audi added 1999 sales to its yearly tally last year with the new Q2 crossover, as the A3 fell away by 17 per cent. BMW’s new X2 has only been on sale for a couple of months and it has sold 142 units, but it is too early to tell if that model has impacted the 1 Series.

Benz on the other hand has had success with both the A-Class and the related GLA crossover, although the GLA dipped by 11.8 per cent last year, while the A-Class grew by 10 per cent.

However, the recent arrival of new crossover offerings, including the XC40, Infiniti Q30/QX30 and Jaguar E-Pace has helped reduce the gap, with 3669 small SUVs sold compared with 4189 small passenger cars to the end of March this year.

That means last year small premium passenger cars were 25 per cent ahead of small SUV sales, but this year the difference is just 14.2 per cent. If this trend continues, then crossovers could overtake their small hatchback stablemates in the next two years. 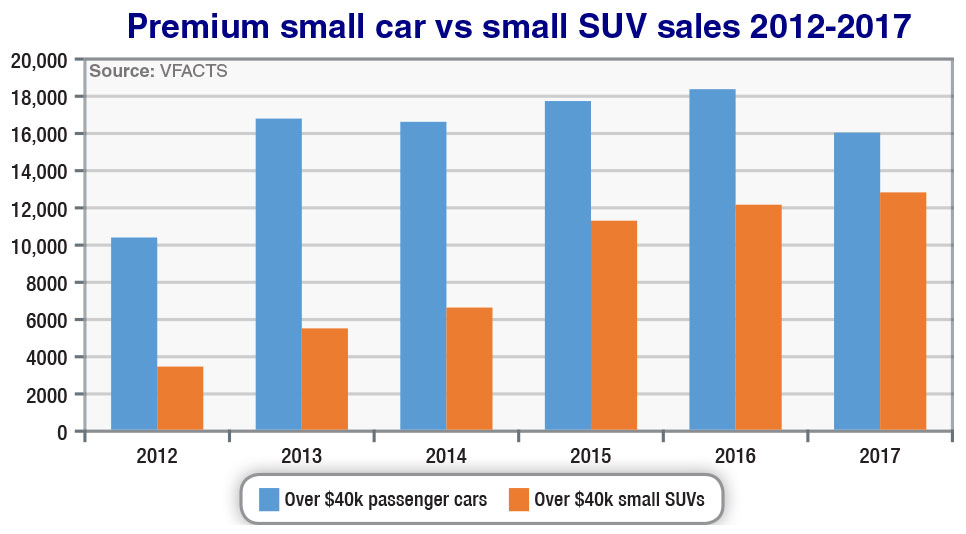