PRIVATE passenger car customers are buying more hybrids than diesels for the first time in Australia, underscoring the slipping popularity of oil-burning engines in traditional sedans, hatchbacks and sportscars.

Petrol-powered cars still account for 96 per cent of the 153,696 passenger vehicles sold to private buyers in the first nine months of 2018, but petrol-electric hybrids have made inroads at the fringes, seemingly at the expense of diesels. 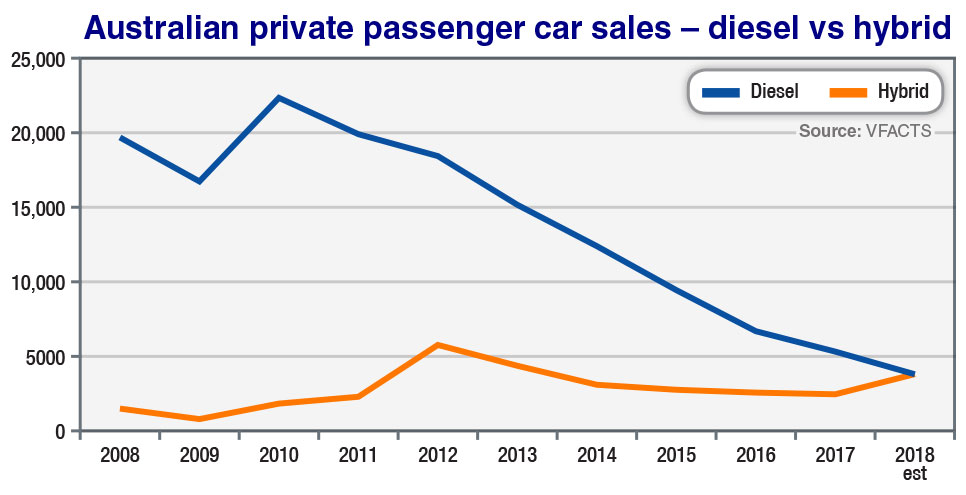 This year, private diesel passenger car sales will struggle to top 3700 units – well below the levels of 2010 when 22,403 diesel cars were sold to private buyers.

Among fleet passenger car buyers, the diesel slump is not so pronounced, down 16.6 per cent this year compared with the same nine months of 2017, while hybrids are up 0.5 per cent.

In this context, “hybrids” refers to traditional parallel hybrid vehicles, such as the Toyota Prius, not the plug-in electric vehicle (PHEV) or range-extender sort that are counted among electric vehicles under Australia’s VFACTS sales counting system.

September marked the first time that private-sale hybrids had outpaced diesels on a year-to-date basis, in a trend that appears to be accelerating as several car manufacturers axe diesel variants and add petrol-electric hybrids, at least in smaller family vehicles.

Volkswagen has, for example, dropped Golf and Polo diesels, while Toyota has extended hybrid variants across the new-generation Corolla hatch range. 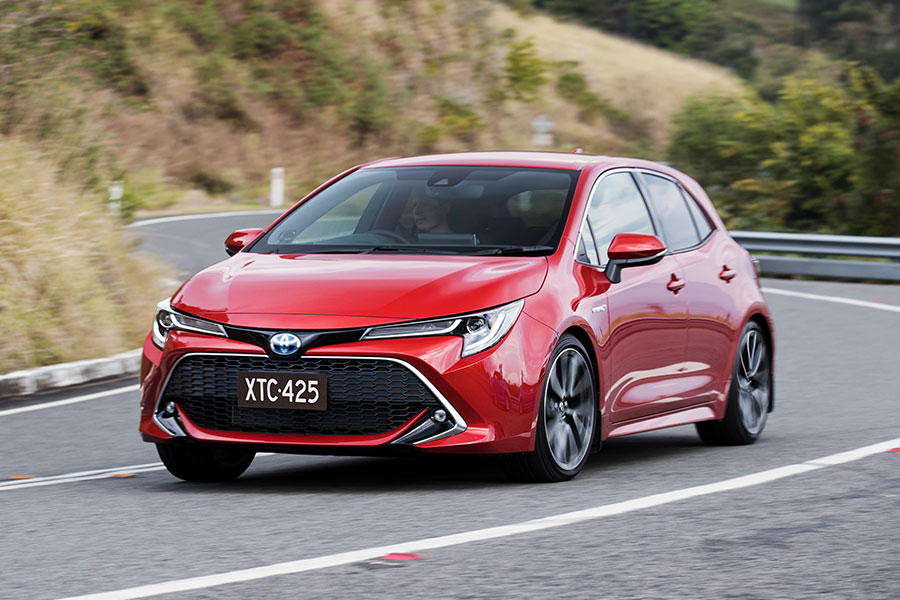 More hybrids: Toyota has introduced more hybrid variants across its new Corolla range, and has plans for five more such petrol-electric models by 2021.

Hybrid powertrain pioneer Toyota accounts for about half of all hybrid passenger car sales in Australia, including private, business and government volumes.

The Japanese giant’s Camry Hybrid is the biggest player, despite a slump in overall Camry sales since Toyota killed off its local manufacturing of the mid-sized sedan last year.

Of the 11,562 Camrys sold in Australia so far this year, about 4500 units are hybrids. This equates to about half of the 8654 hybrid passenger cars sold to all buyers.

Although sales of some Toyota hybrid vehicles such as Prius have fallen this year, hybrid sales now account 4.8 per cent of Toyota volume, up from just under 4.0 per cent last year.

Toyota will add five more hybrid-powered vehicles in the next two-and-a-half years, starting with a hybrid version of the RAV4 in the second quarter of 2019. 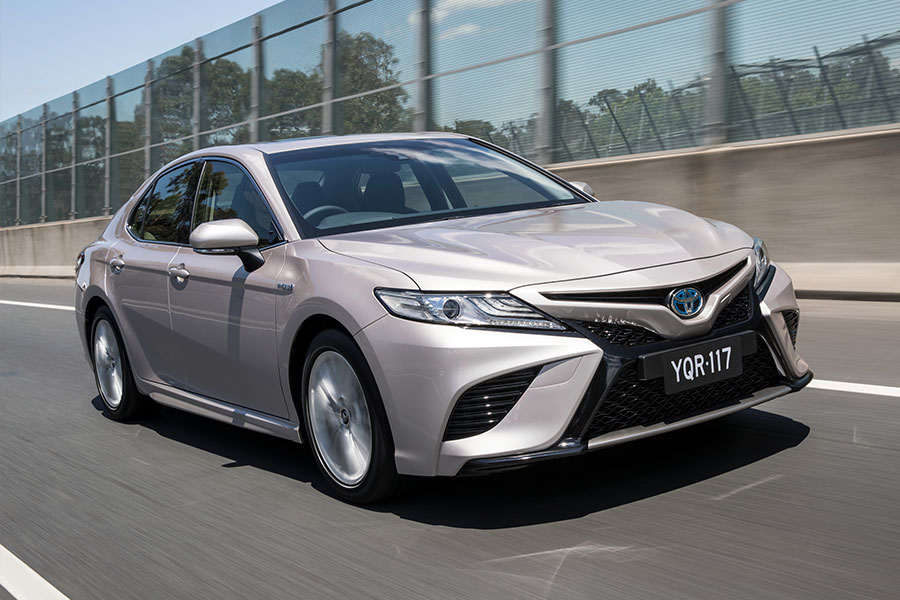 Other manufacturers are following suit, with the likes of Subaru, Mercedes-Benz and BMW all foreshadowing more hybrid models.

The impact of hybrid powertrains has been a slow burn, with annual volumes bumping along over the past decade, peaking in 2012 among private passenger car customers.

The current state of play has more to do with the decline of diesel, partly because of Volkswagen Group’s ‘dieselgate’ scandal, but also to do with a number of other factors, including the introduction of tough new emissions testing rules in Europe where several diesel models have been suspended or killed off, resulting in reduced availability in Australia.

The shift away from diesels appears to be working its way up through the vehicle ranks, with diesel SUV sales down 10 per cent in 2018, even though overall SUV sales are up 8.7 per cent.

So far, the light-commercial vehicle market segment appears to be immune to the diesel slump, mainly because alternatives are thin on the ground.

The fuel that once threatened to take sales away from diesel – LPG – has ceased to exist in factory-produced utes and vans in Australia, with not a single such vehicle sold in 2018.