Reverse braking company on the rise

The company is looking to raise capital with an initial public offering and directors are considering whether that should be done in Australia or perhaps in the United States.

While completing an IPO is the primary goal at present, directors have set their sights on the huge US market where forward automatic braking systems are already receiving a strong reception.

Called Reverse Alert, the automatic reverse braking system (ARB) is being sold as an aftermarket option and is meeting strong demand among fleet operators, particularly in areas like construction and transport and also tourism-oriented camper van rental.

So far AIG has sold and installed around 450 Reverse Alert systems, but business growth manager Ian Costelloe told GoAuto the project is still in its early days. 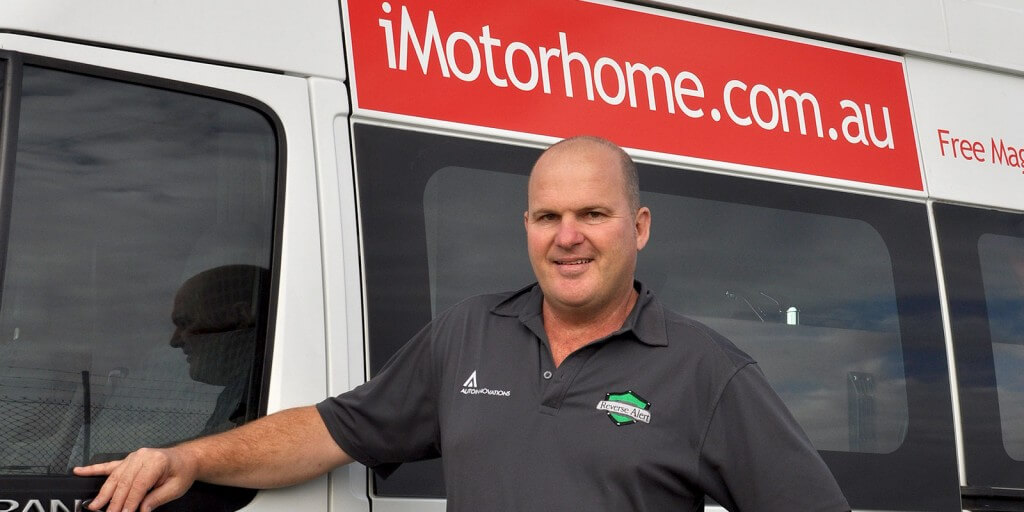 “Up to now we have basically been a research and development company, but we are receiving strong interest from a number of industries,” he said.

“Collision awareness is established, but collision avoidance is the new wave of technology, and fleet managers love it.

“There are more than 40 different organisations already testing Reverse Alert, including large corporates like Toll and Thiess and Downer Construction.

“We have got transport companies like UPS interested and we’re doing well in the not-for-profit, where organisations use commuter vans. Flintwood Disability Services in Sydney has just installed their whole fleet of 40-plus vans with Reverse Alert.”

Mr Costelloe said councils and government authorities were very interested in the system and the Gold Coast Council was conducting its own trial.

“I went to the Queensland Police. They have two cameras and reverse sensors on their paddy wagons and when you look at the back of the vehicle, they are all banged up. That’s because they are awareness systems, not avoidance systems.”

Mr Costelloe said he constantly sees trucks and vans fitted with collision awareness systems that still have lots of dents and scratches.

“Reverse Alert is the next new wave of technology. Collision avoidance will become the standard in coming years. It takes the human element out of it.” 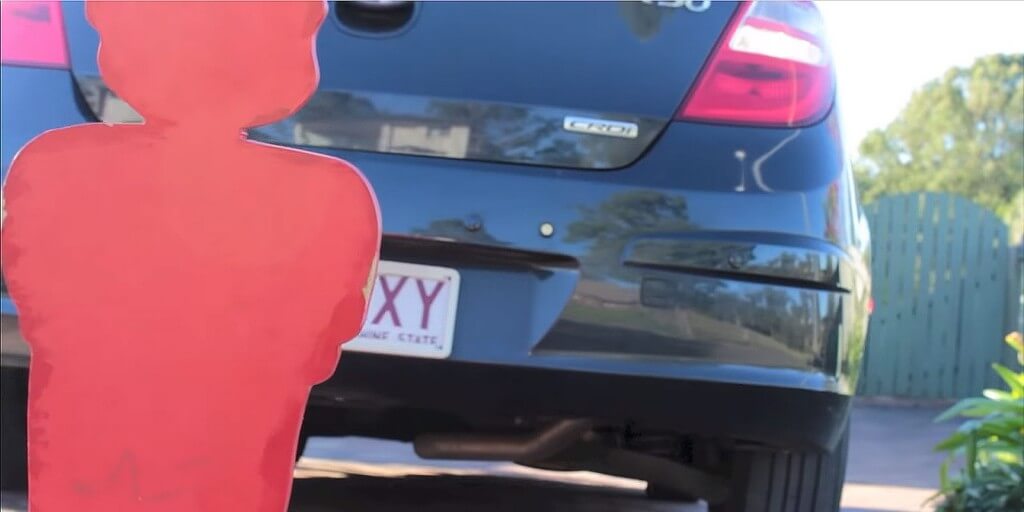 He said fleet managers have told him that, even when vehicles are fitted with beeping collision awareness systems, they find drivers come to ignore the warnings and still have minor crashes in car parks.

As part of AIG’s strategy to strengthen its position in the market, the company has agreed purchase terms with 12 of its installation companies around the country. The staff at these accredited operations have been trained by AIG and are the only people qualified to fit the system.

AIG is also training more people at the moment so that it will have nationwide coverage, including major regional centres, when it does make a public issue of shares.

Directors have not yet decided whether to list the company’s shares on the Australian Stock Exchange or in the US on the NASDAQ exchange.

A project earlier this year to list the company in Australia was withdrawn after complications arose with the listing procedure.

Chairman David Jenkins said in May that, once the complications had been dealt with and approved by existing shareholders, Auto Innovation Group would register a new prospectus for a capital raising.

Mr Costelloe said the Reverse Alert system had some important advantages, including that it does not need certification under Australian Design Rules because it does not link into critical onboard computer systems.

“It is the only aftermarket automotive reverse braking system that can be fitted to any vehicle with a brake pedal.” 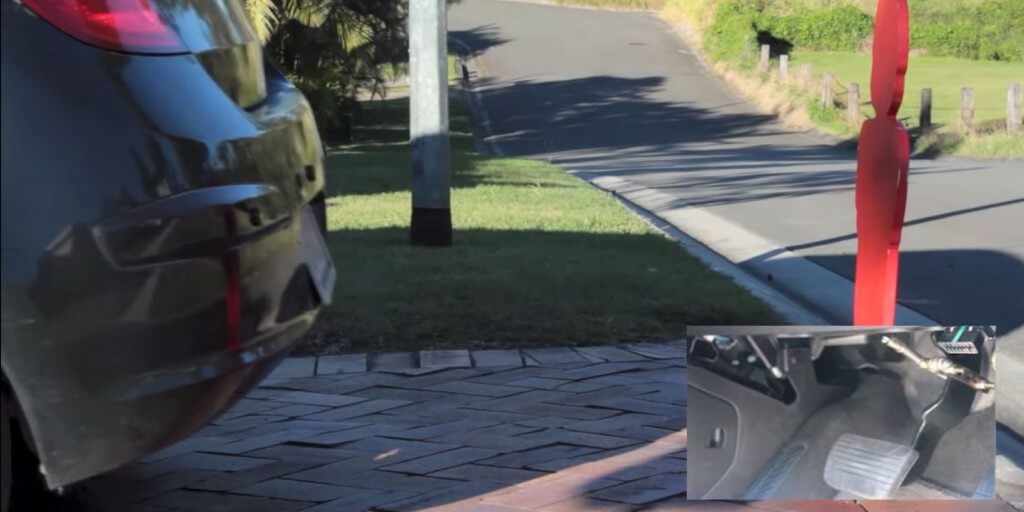 The system uses Reverse Alert’s sensors on the back of the vehicle or caravan or trailer to detect any obstruction or person.

If something is detected, a signal is sent to a solenoid mounted in the engine compartment on the firewall. The solenoid then pulls on a flexible cable that passes through the firewall and is attached to the arm carrying the brake pedal.

When the solenoid is activated, it applies the brakes.

Mr Costelloe said Reverse Alert is simple in design but points out that AIG has managed to obtain patents, or patents pending, in more than 30 markets.

“Our patent prevents anyone else from attaching a clamp to the brake pedal via a flexible brake cable,” he said.

During its research and development program, AIG has designed its own ultrasonic sensors, central processing unit and solenoid.

Mr Costelloe said Reverse Alert technical staff believed the sensors currently on the market and installed on many vehicles covered too wide an area and picked up too much information. This leads to false alarms and drivers ignoring the beeps.

“A lot of sensors detect too much, so our detectors only have a 125 degree range in height and 75 degrees in the horizontal plane. 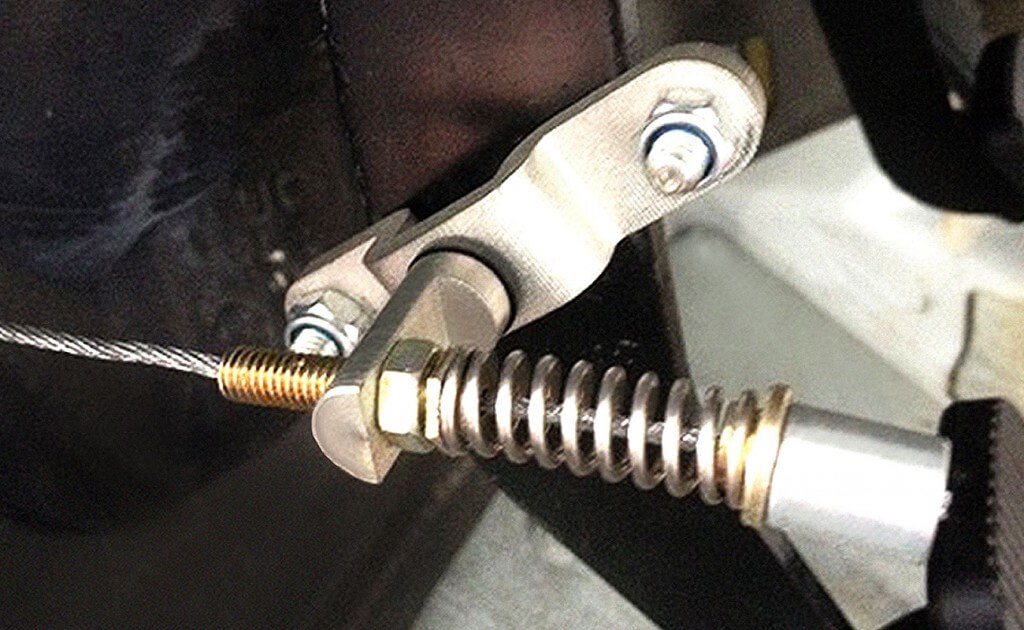 “We’ve actually done a lot of R&D into it. They are our own sensors, our own CPU, our own solenoid. The Reverse Alert system is completely manufactured to our specifications.”

The basic system, suitable mainly for cars, uses ultrasonic sensors and costs around $900.

An ultrasonic system for a truck or motorhome will have sensors fitted to the top as well as the bottom of the bodywork and will cost between $1200 and $1500. The sensors at the top prevent contact with trees, awnings and other obstructions.

“If your vehicle is working off-road or in dusty conditions, we can supply a radar based system with ultrasonics for $3500.”

All Reverse Alert installers can also fit a camera, if required.

The system comes with two modes, one set to apply the brakes when an object is within 1.6 metres of the car and a Park Mode, when there are warning beeps from 1.6 metres to 40cms, at which point the brakes are applied.

“Fleet managers have told us they like the fact that drivers have to press the Park Mode button because then they know the driver is alert and will drive at the appropriate speed.”

Mr Costelloe said directors were keen to expand into the US market once the IPO has been completed.

He said an Israeli company called Mobileye was achieving great success at present with an aftermarket emergency braking system to prevent frontal crashes.

One of the aspects that caught the attention of AIG directors was the fact that Mobileye’s share price has risen from $US35 ($A50.60) in March to around $US52 ($A75.15) now. At that price, Mobileye has a market capitalisation of $US10.3 billion.

“Our patent has been approved in the US. As soon as we list here, guess where we are going.

“No-one else can put a clamp on a brake pedal via a flexible brake cable.”