EARLY hopes that metropolitan Melbourne dealers would be able to carry on scheduled service under the Stage 4 lockdown restrictions imposed by the Andrews government have been dashed following clarification sought by the Victorian Automobile Chamber of Commerce (VACC).

When the Stage 4 restrictions were announced, it was thought that dealers in Melbourne would be able to conduct normal logbook service although a new rule did limit drivers to travelling to dealerships within five kilometres from home.

It was thought the Stage 4 rules had not affected the majority of operations of the automotive industry in Melbourne and that service centres would be still “open for business” which gave assurance to automotive business owners in Melbourne that the service operations that were helping to keep them afloat would continue.

But clarification with the government showed that this was not the case.

The VACC said, following a meeting with the Victorian government, the following advice was received from the government: “We can confirm that only services covering essential and critical ‘vehicle repair, servicing and maintenance’ are permitted to open for on-site work with a COVID Safe Plan in place.

“This does not include routine servicing, however, would include urgent recalls.

“In regard to the collection of cars, retailers are able to work onsite only for the purposes of fulfilling existing and online orders.

“Regional Victoria remains under Stage 3 conditions which, broadly, means business as usual as long as operations adhere to all government safety guidelines.”

But even now it is not clear what service operators in Melbourne can and cannot do and the risk for those operating service departments is that their interpretation of the rules may not be the same interpretation as police officers or other law enforcement inspectors showing up at the business.

For example, it appears that if a warning light comes on telling the driver to take the car to the dealer, then rectification of that issue is permissible. But, it appears, the dealers would be in breach if, after rectifying the issue that prompted the warning, they went ahead and performed a scheduled service on the car while it was in their workshop.

If the car was presented for a recall action (which is exempt), it appears it would also be wrong to perform a scheduled service with the risk of severe penalties – unless the car was necessary for an essential service worker.

The deciding factor for serving a car is that it is critical and essential (it cannot be one or the other, it has to be both) that the service be carried out.

It appears that under the rule that limits travel up to five kilometres from home, a vehicle owner must go to the nearest dealership and cannot travel further afield if their regular dealer happens to be further away.

They can travel much further afield for critical and essential service for brands where there are only, for example, one or two dealers in the whole city which is the case with some of the super-luxury marques like McLaren, Morgan, Aston Martin or Ferrari.

The CEO of the VACC, Geoff Gwilym, told GoAutoNews Premium: “There is a lot of onus being put on the shoulders of the technicians or the operators at the dealership to get this right.

“Members should be very careful when interpreting what servicing they can and cannot do.

“We recommend that they not look primarily at the profit opportunity or the opportunity for getting work, they need to make that decision based on the facts in each case because, if they are challenged by a law enforcement officer, they are going to have to be able to produce the facts about how they came to the decision to do that work.

“At this stage there do not appear to be any avenues of appeal or disputes resolution so there is a lot to play out. So the best policy for our members is to think seriously about these decisions and to err on the side of caution,” Mr Gwilym said.

“If they get it wrong, it will not only bring themselves undone in terms of severe penalties, but it will reflect negatively on the entire automotive industry. If the rules are broken with attendant publicity, the potential would be that the government could close down all service operations on the basis that the sector is too hard to deal with,” he said.

“We would rather be an example of an industry doing the right thing by the community.”

Mr Gwilym said that the safest course of action for dealers would be to line up bookings for their customers so that they have their workshops fully-booked for when, hopefully, the Melbourne lockdown conditions are eased back to Stage 3.

“They can load their workshops up, they can line up their technicians for that period presuming they will be back at work and make sure they are ready for a full workshop in six weeks time.  And that is exactly what some of the dealers groups are doing already,” he said. 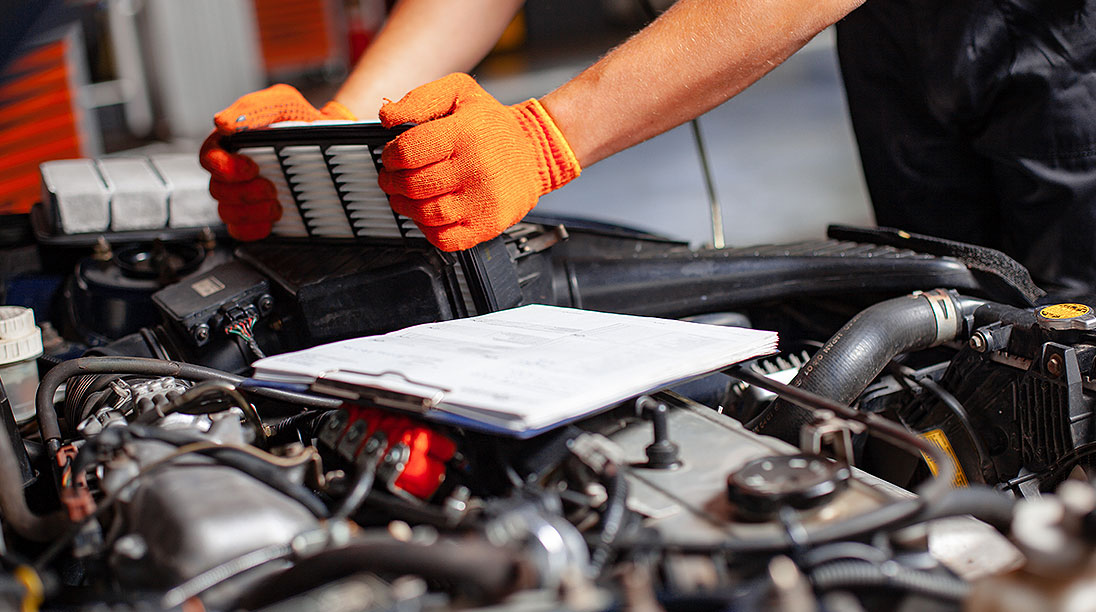