SHIPS carrying cars and industrial machinery in August are charging their highest freight rates since 2008, according to logistics research company Clarksons Research Services.

Clarksons quoted Norwegian investment and research company Pareto Securities AS as saying “at least one car-carrying ship has been booked for three years at a cost of $US30,000 ($A40,800) a day.”

“That level is more than triple the five-year average rate for hiring a ship for 12 months, and could be a sign that the boom in earnings is set to continue,” the article said.

“We believe the capacity strain will continue for now,” it added. 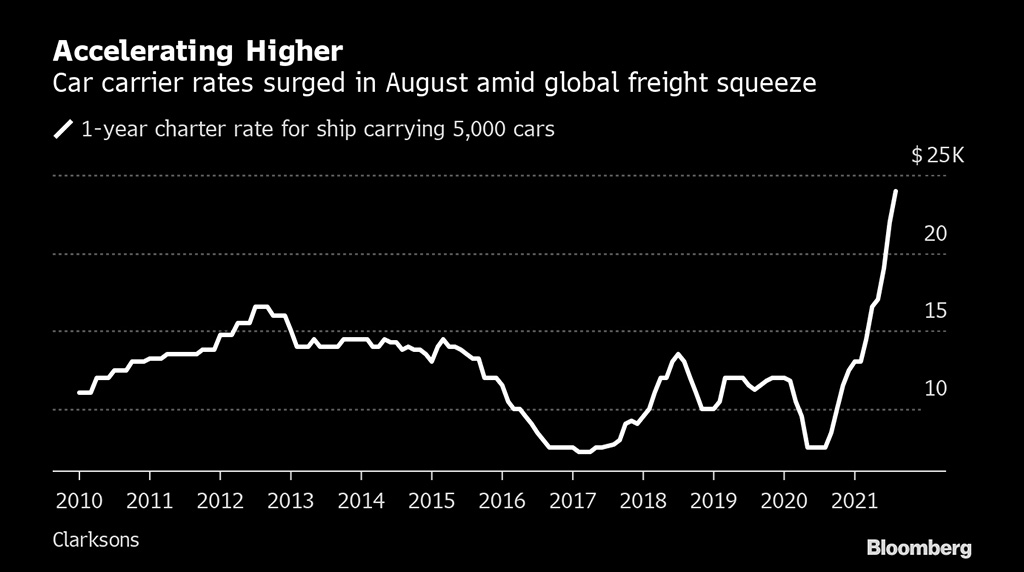 Car industry executives are scratching their heads about the capacity shortage since sales of vehicles in most markets have yet to return to pre-Covid levels but GoAutoNews Premium has been told that many ships have been mothballed by their owners and need to be recommissioned.

For example, last year one of the world’s largest roll-on roll-off shippers, Wallenius Wilhelmsen, said it had overcapacity in its 123-vessel fleet. It’s website said that it sent four of its car carriers off to be recycled and diverted a further seven ships it was due to charter to other shipping operators.

The website said 10 Wallenius Wilhelmsen vessels were also laid-up: seven in Norway and three in Malaysia with the company saying at the time that it was evaluating whether an additional 10 vessels could be laid-up. 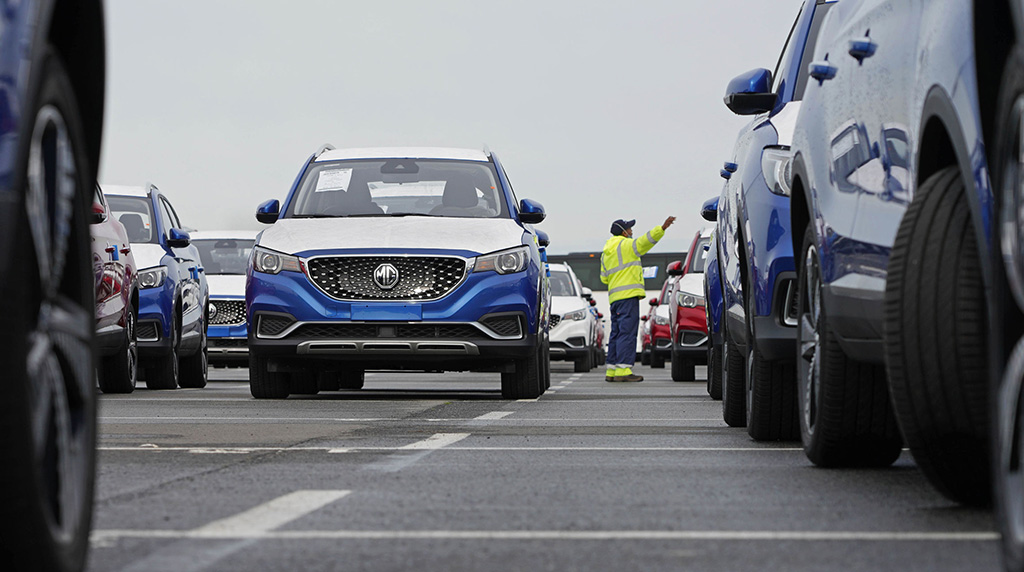 A Wallenius Wilhelmsen spokesman told GoAutoNews Premium in a statement that the latest position with its shipping capacity is:

• “Wallenius Wilhelmsen made a decision in March 2020 to lay-up 10 vessels, reflecting the drastic decrease in demand due to widespread factory shutdowns as a result of the spread of the COVID-19 pandemic

• “The lay ups were made in consideration with customer feedback and mindset of reactivation being required short/long term, depending on market developments

• “A decision was also made to complete green recycling of four vessels – these were already planned to be recycled, however with decreased demand that schedule was brought forward

• “All 10 vessels have been gradually taken out of cold lay up to reflect the surge in demand and, as of March 2021, a decision to bring all vessels back was made

• “In addition, we are also active on the charter market, taking in additional tonnage when available to ensure we can serve our customers

• “Chip and other parts supply shortages, as well as congestion around the major global ports are also impacting the availability of capacity, more recently.” 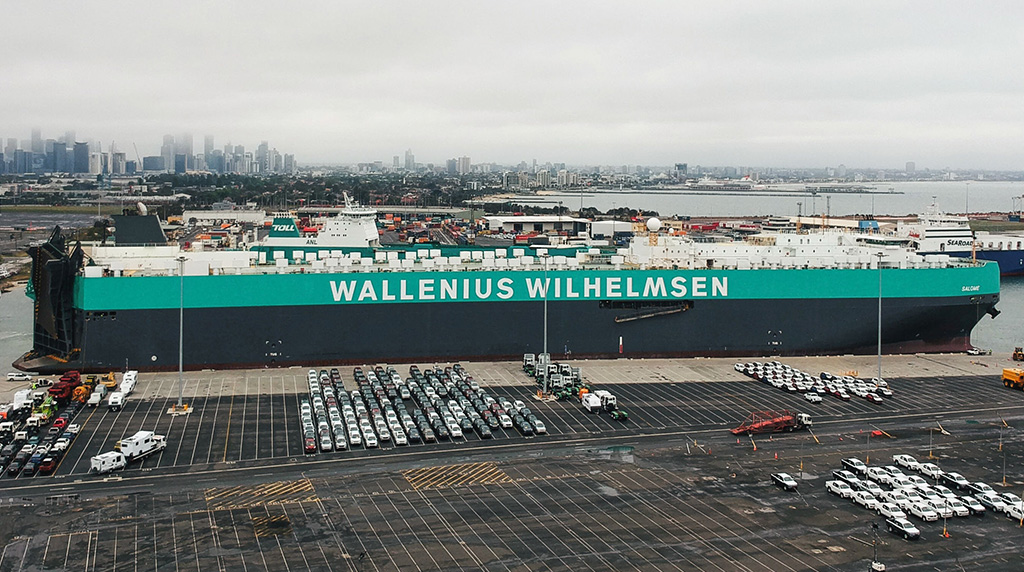 The company said that all vessels are now back in service and “that carriers are supplementing their own tonnage with everything that is available in the charter market”.

It said that parts supply shortages meant that shippers were currently juggling an imbalance between supply and demand for shipping capacity.

Meanwhile, containers which are critical to OEM parts deliveries are also being hit.

Demand for goods during the pandemic has been a boon for online businesses but it has stretched global supply chains.

Containers are now in short supply and many are located in end-of-line ports. This means they cannot be reintroduced into the routes unless carted empty back to the busiest ports.

Based on the slow introduction of these containers and the huge demand for goods, the container shipping market – which typically carries toys, bicycles, furniture and right through to consumables such as coffee – is charging huge price rises.

One ABC News (Australia) report said: “Soaring demand for physical goods thanks to government stimulus, coronavirus travel restrictions, more time at home and a global shortage of cargo containers has increased congestion and delays at the world’s ports and pushed up shipping costs.”

It also said retailers were now preparing to increase prices after seeing the cost of importing goods double or triple.

Hellenic Shipping News reported last month that “In the near term, freight rates may yet reach new highs thanks to the combination of further increases in demand and the constraints of a congested system.”

“And even when capacity constraints are eased, freight rates may remain at higher levels than before the pandemic,” the news service said.