SALES in the sportscar segment are on track this year for their first double-digit percentage loss since 2011 following declining interest among Australian new-vehicle buyers, according to official VFACTS sales data released this week.

The overall sportscar segment has totalled 5443 sales to the end of March this year, which is 1505 units less than the same period in 2017, representing a decrease of 21.7 per cent. 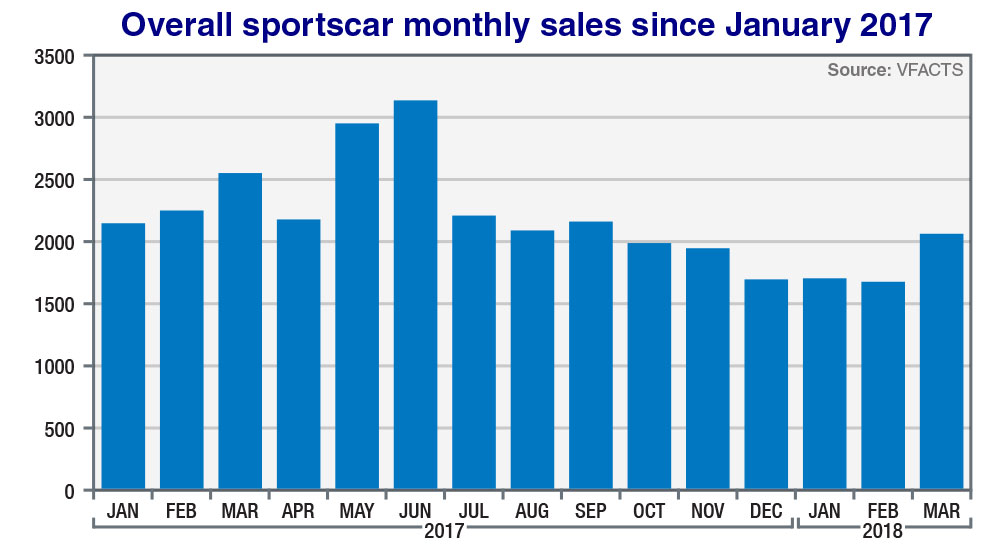 Nevertheless, the sub-$80,000 market has contributed the highest volume of sportscar sales in 2018, at 3476 vehicles, which is 1038 units fewer than it managed in the same period last year.

The best-selling sportscar in the country, the Ford Mustang, has shouldered 30 per cent of the overall load, at 1637 sales, but is still down 8.1 per cent. However, its facelift – due in the middle of the year – stands to improve matters.

The BMW 2 Series Coupe and Convertible have suffered a similar fate, down 9.2 per cent to 443 vehicles, while the Hyundai Veloster has been harder hit, down 44.5 per cent to 305 units, with the latter’s second-generation model set to lob in the second half of 2018. 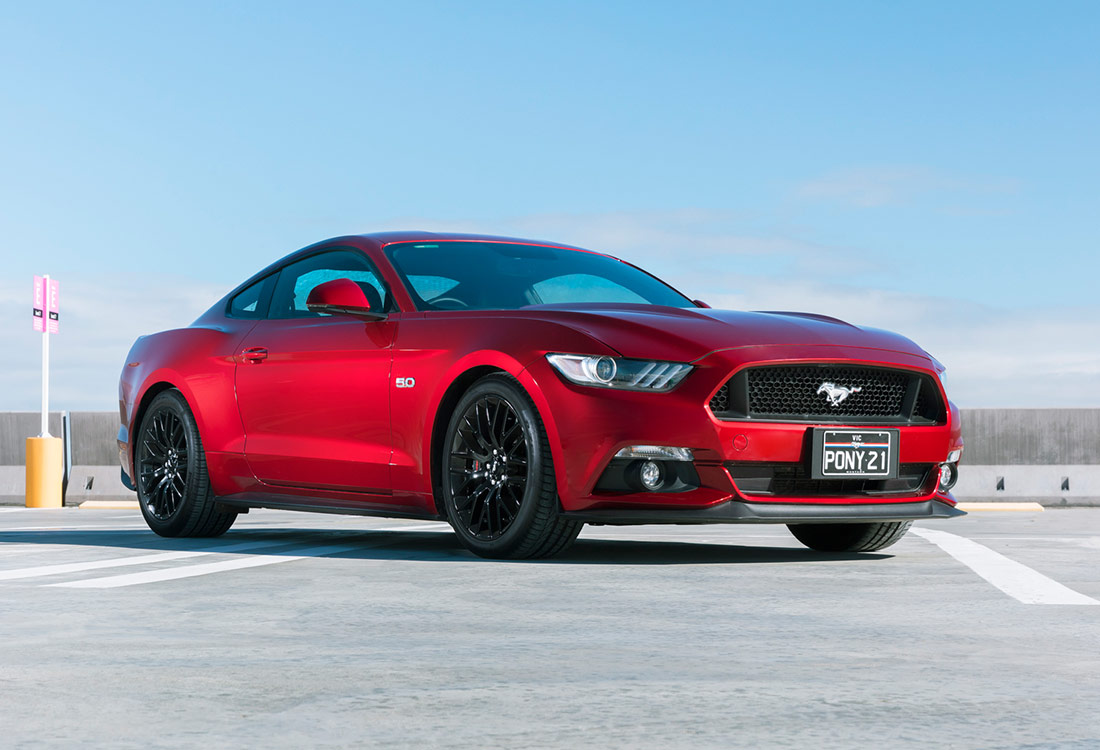 Sore shoulders: The Ford Mustang is still the best-selling sportscar in Australia, accounting for 30 per cent of overall sportscar sales.

Mazda will be hoping its MX-5 bounces back following a small upgrade last month, with the brand selling 291 units, down 33.7 per cent.

The only other sub-$80,000 sportscar to increase its sales volume is the ageing Nissan 370Z, which is up 14.8 per cent, to 101 units, due to its minor update in February and the introduction of the Nismo variant in September.

Meanwhile, the $80,000-plus bracket has provided 1464 sportscar sales this year, which is 476 vehicles less than it totalled during the first three months of 2017. 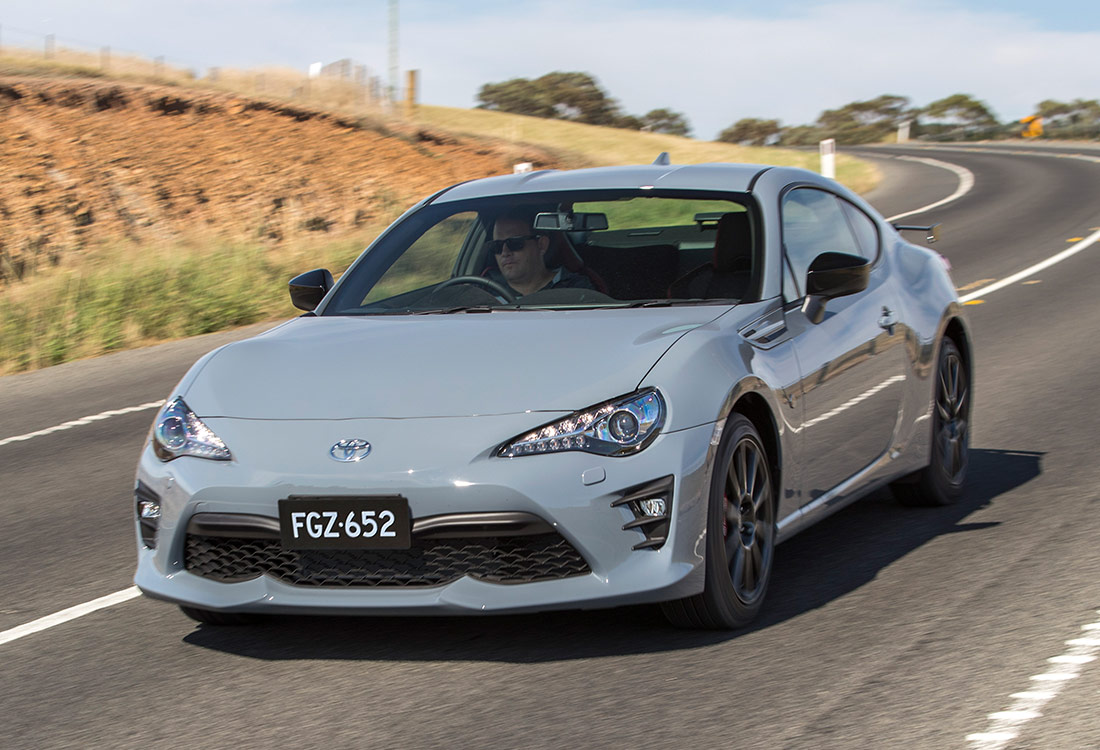 The Mercedes-Benz C-Class Coupe and Cabriolet have continued to lead the segment, at 472 units, but are down 48.2 per cent ahead of their facelift arriving in August.

Alternatively, the E-Class Coupe and Cabriolet have bucked the trend with a 130.8 per cent increase in sales, to 150 vehicles, thanks to the release of new models in May and July last year respectively.

Similarly, the Audi A5 Coupe and Cabriolet are up 70.0 per cent, to 204 units, due to new models launching in March and September 2017 respectively.

Lexus has also had success with its RC, which is up 29.1 per cent to 111 vehicles, with the tweaked line-up revealed last month likely to continue this momentum.

However, the same cannot be said about the BMW 4 Series Coupe and Convertible, which are down 32.3 per cent, to 233 units, as they approach the end of their life cycles in the next year or two. 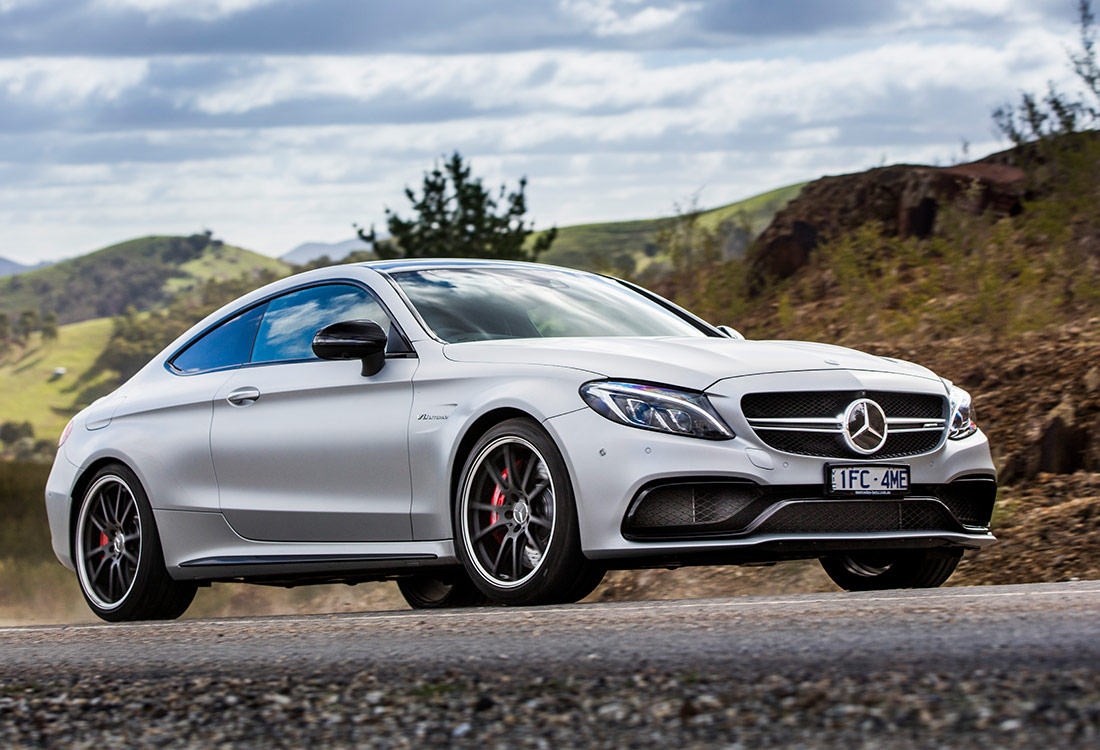 The $200,000-plus class has accounted for 503 sportscar sales in 2018, which is an improvement over the 494 vehicles sold during the same period last year.

The Porsche 911 has been responsible for 181 units, up 18.3 per cent, thanks to the release of its facelifted GT2, GT3, GTS and Carrera T variants over the past 12 months.

Ferrari’s model line-up has also boomed, up 15.4 per cent to 60 vehicles, due to the recent launches of the Portofino, 812 Superfast and GTC4Lusso.

Sales of the Mercedes-AMG GT have grown too, up 32.6 per cent to 57 units, thanks to its facelifted range – including the debut of the Roadster body style – hitting showrooms in 2017.