ONE Sydney dealer group believes it has found a solution to finding a balance between the demands of OEMs to boost showroom exposure, and the needs for dealerships to account for the increasing costs of real estate and outgoings.

Despite the attraction of selling the real estate for the development of apartments, Suttons has no plans to move and now points to the increasing benefits to customers of staying in a central position and broadening its brand choice and product range.

He said the business is all about the customer. 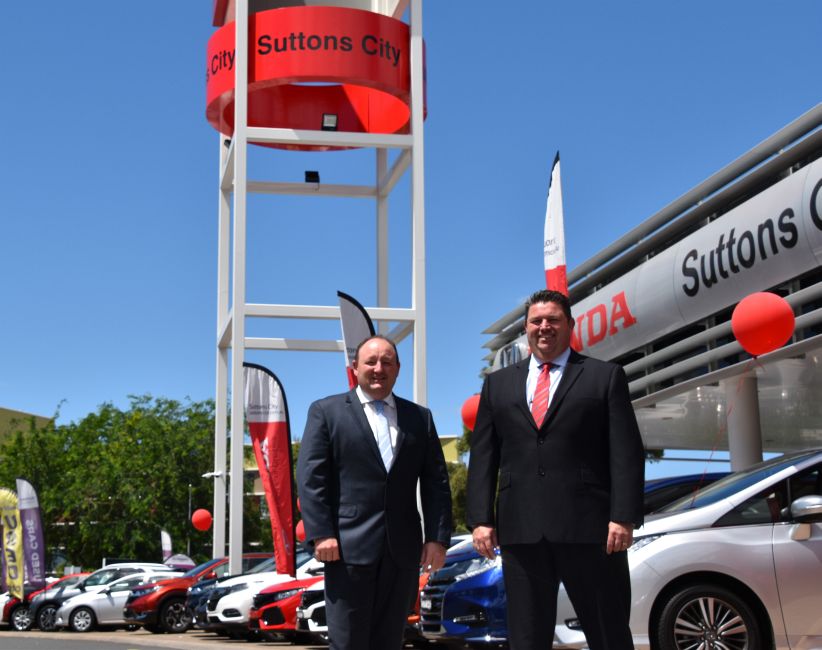 “Our strategy for the site centres around a one-stop shop convenience for customers,” he said.

“The franchises we have on this one site account for about 43 per cent of the car market share.

“That means our customers have the ability to see the largest proportion of products the market is offering in one place, making it a true automotive supermarket.

“We see it as a really convenient solution for them because they can almost get a motor-show effect with so many brands represented within a 300 metre radius.

“It’s very convenient – they can park their car and walk amongst the facility and hopefully find what they’re looking for across all the brands (including) the used-car range.”

Balancing sales with outgoings has led to the strategy of growing service and parts revenues through the increased volume from all brands.

But Mr Fraser said the finance and new-car margin can be at risk because of the negative pressure of the fixed costs – such as property tax – that the site incurs. 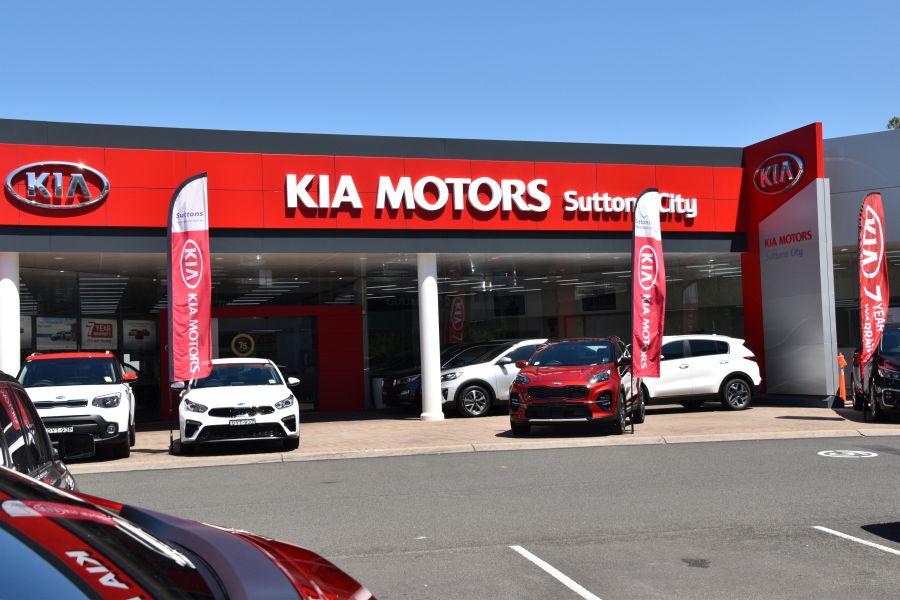 “Land tax is cost prohibitive, for example. So adding additional franchises is more about getting site utilisation,” Mr Fraser said.

“All new-car brands operate on minimal sales margins but we have to grow our fixed operations. So service revenue is the key to long-term viability.

“At the same time, there is a need for greater site utilisation on CBD sites, the real estate cost and need for increased overall volumes does not allow for 50-plus new-car displays and on-site stock storage.

“We decided to relocate non income-producing functions such as inventory storage off-site to allow more franchises to be added to the site and in doing so create greater productivity”.

“This lean retail model is driven purely by the economic reality of operating on such an expensive site,” Mr Fradd said.

“Research has shown that the customer, on average, visits 1.4 dealerships before buying a car.

“You don’t have to have multiples of models anymore. Customers know what they want before they even get to us.”

The Suttons City site covers 4.45 hectares and was originally entirely a Holden dealership – Suttons City Holden – that started in 1994. At the time, Holden enjoyed a market share of about 25 per cent which supported the stand-alone dealership that quickly became Australia’s number-one Holden dealer.

“With the increasing real estate costs and need for volume to support the fixed operations of the dealership, we then added additional franchises starting with Hyundai in 2008 and added Subaru in 2010 and now, in 2018, all the other brands are represented with the recent inclusion of Nissan,” Mr Fraser said.

The business is expected to sell about 1000 new and used cars a month, which is targeted for when Nissan comes on stream. The site also has 250 used cars in three lots.

Within the site are three workshops with 92 service bays and the ability to service more than 350 customers a day, although Mr Fradd said “we don’t know where our limits are yet”.

“We have already serviced 300 cars a day and now we have taken on another franchise (Nissan) so it’s a lot of cars coming through,” Mr Fradd said.

“With this service volume we have introduced express service as an option for customers.

“It means the customer can get their car serviced within 90 minutes so they can wait for the car and we don’t have to provide parking.

“We are close to the CBD so we try not to have customers travel in peak traffic. If we organise an express service, it means they don’t have to come in during the peak traffic times.

“We have a barista on site, lounges and so it means the customer can be comfortable while we service the car.”

Mr Fradd said the dealership also has three shuttle buses that do three runs a day. 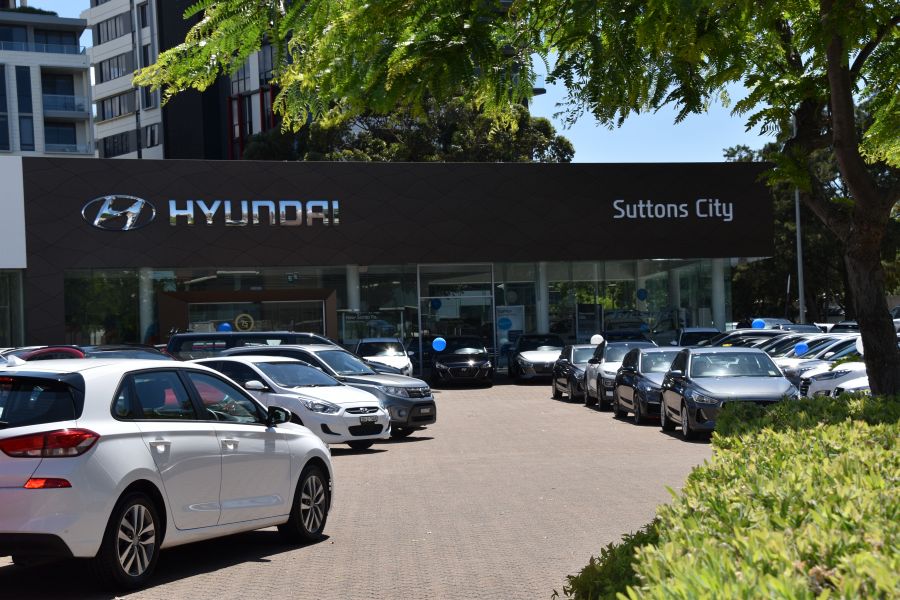 He said that many service customers who work in the city prefer to drop off in the morning and pick up the car in the afternoon. For that, Suttons has the option of pre-arranged payment for the services like an express checkout at a hotel. Customers can just pick up the keys at the end of the day and drive out.

“We want to make it as convenient as possible for people to buy and service their car with us,” Mr Fraser said.

“We have three separate service centres on the site. Each has driveway service so the customer doesn’t have to park their car – we valet the car and park it and then when it’s ready to be collected at the end of the day, we retrieve the car and bring it back to the driveway. We worry about the parking – not the customer.”

Parts is also on site but the parts wholesale operation has been moved to Homebush.

Being all on one site also has the advantage of retaining staff, Mr Fraser said.

“Having the opportunity that the 11 brands represent and the critical mass we get has also helped us attract the best talent. There is a huge talent shortage in the industry but there are many opportunities for career progression here.

“Our philosophy has always been wherever possible to promote from within and a site like Suttons City allows our people to grow with the organisation. 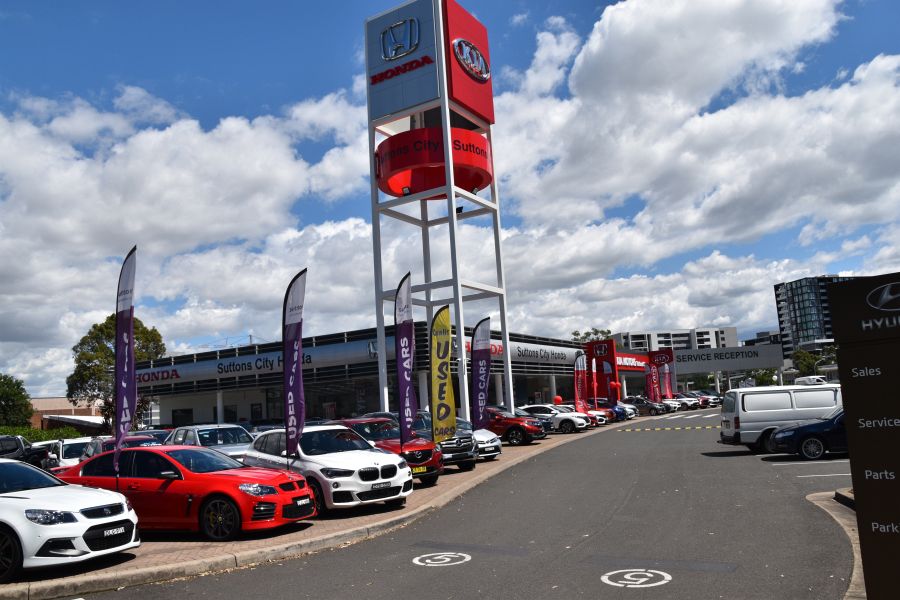