ARE four wheels better than two and can a motorcyclist find happiness in a Suzuki?

Suzuki Australia’s latest marketing campaign puts the motorist on top of the situation with a refreshing concept backed by some very clever special effects.

The TVC for Suzuki is a continuation of its “For Fun’s Sake” advertising campaign that, in this case, compares the fun motorists can have on motorbikes to “double the fun” available in its passenger cars.

The ad shows a man atop a Suzuki car posing as if he is riding a motorbike while the voiceover states that four wheels are better than two.

The Suzuki campaign comes as the company reported that 49 per cent of its 2020 sales came from its passenger-car models (Baleno and Swift). 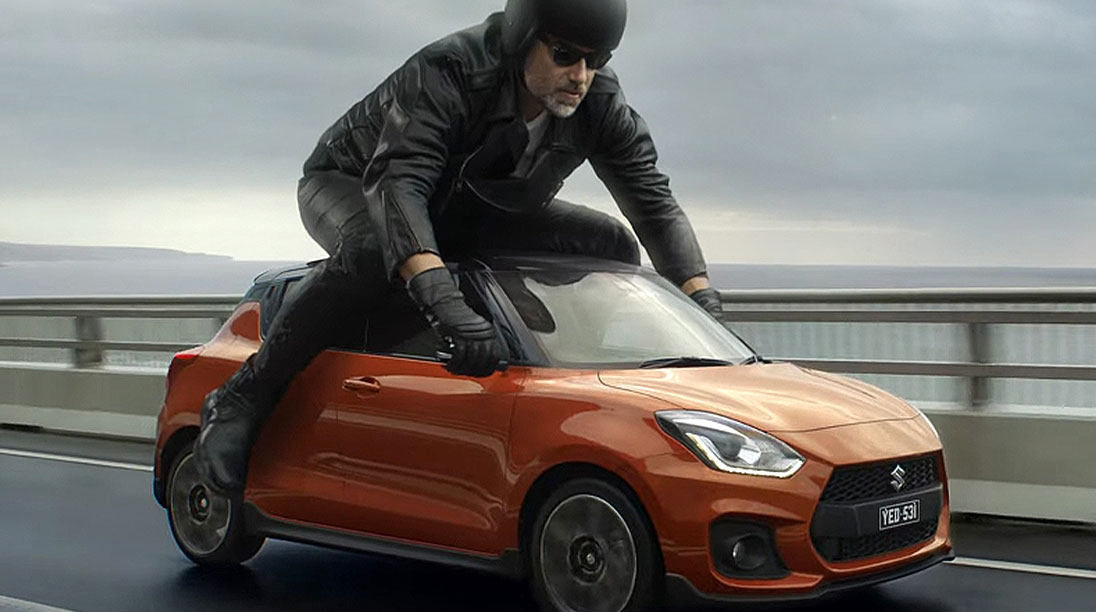 Media publication Mumbrella quoted Suzuki Australia general manager Michael Pachota as saying that it was “great that we have a brand platform that really lets us change things up and keep our creative fresh, because the least fun thing you can do is to repeat yourself.”

Deloitte Digital executive creative director Charles Baylis said: “When it comes to having fun on the road, we realised the only thing that comes close to a Suzuki, is a motorbike. And even then, it’s only half as fun. Mathematically speaking.”

The effects were done by Fin, an Australian visual effects and design company with studios in Sydney, Melbourne, Shanghai and Los Angeles.

Fin has done a significant amount of work including Hyundai’s i30 “Reinvented” TVC showing a new car falling from the sky and hitting the ground in an explosion of dust before escaping unscathed.

Suzuki’s campaign will be rolling out across out-of-home, social, radio and digital.