SUZUKI Australia has re-signed its sponsorship of Melbourne Storm with a one-year extension that will make it the club’s longest-serving premium partner.

Suzuki has supported Storm since 2008 with its logo currently appearing prominently on the chest of the NRL squad’s playing jerseys. It was previously on the sleeve.

Storm general manager of commercial, partnerships and corporate sales, Daniel Cullinan, said Suzuki had proven to be outstanding partners for more than a decade.

“The team at Suzuki have a genuine love for Storm and what we do on and off the field,” he said in a statement.

“The Suzuki name has become synonymous with Storm and we’re very happy to have them on board through to the end of the 2023 season.”

Suzuki Australia general manager of automotive, Michael Pachota, said the extension was a “no brainer” given Suzuki’s long history with Melbourne Storm.

“Signing on as major partners with the Melbourne Storm in 2008 was a key initiative for the Suzuki brand in Australia and continues to be a highly successful fit for both parties,” he said.

“2023 is a milestone year for Suzuki and Melbourne Storm, representing our 15th year of partnership and the club’s 25th year of operation.

“We are proud that the team will be wearing our logo over their hearts for this historic year.”

Suzuki last extended its sponsorship agreement for two years in 2022. The latest means the logo will continue to be worn by players’ game and training apparel and on game-day assets through to the end of next year.

The car-maker started its sponsorship agreement with Storm about the same time the club lost its 2007 and 2009 NRL premiership titles because of salary-cap breaches.

Since the scandal, the club has been in 10 finals and three premierships.

It also came into the spotlight last year when video footage emerged showing some players in a motel room partying with what was believed to be illicit drugs. The matter was referred to an internal investigation that was supported by Suzuki.

Suzuki became a sponsor of the NRL club to change its perception as a car-maker with products aimed predominantly at women. 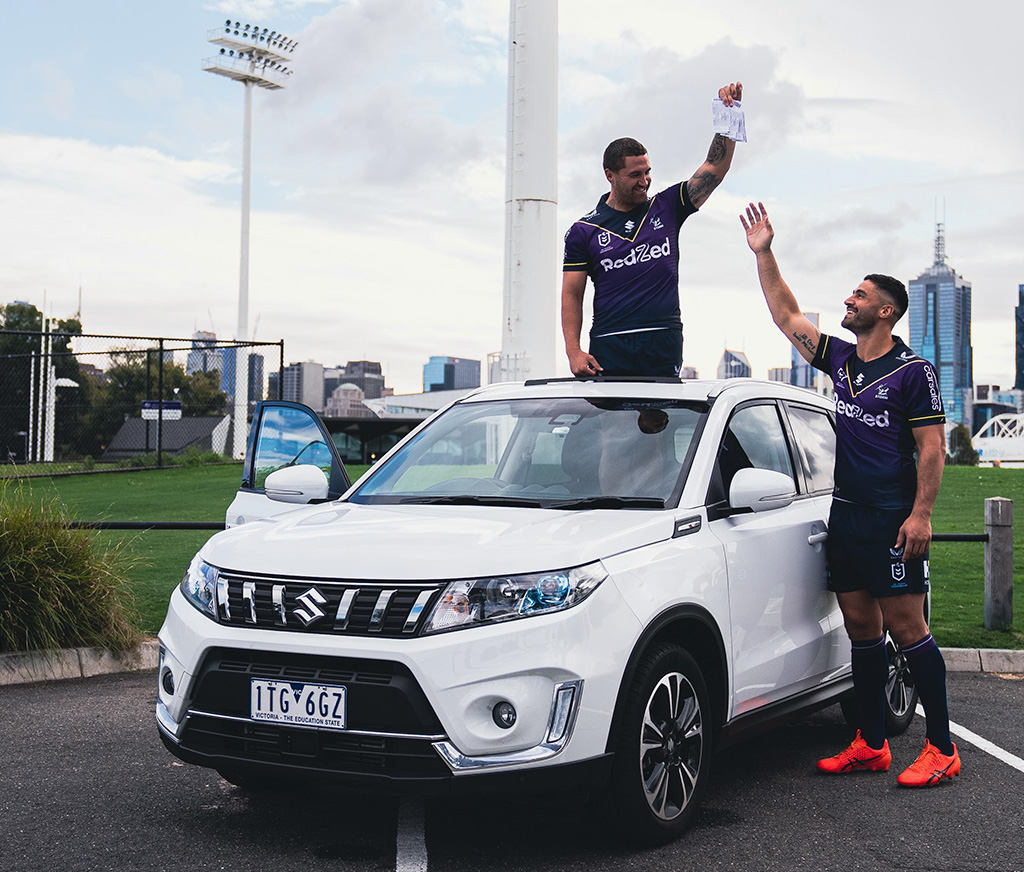