SUZUKI Australia has revised its 2017 monthly sales target down from 2500 to about 2100 due to a softening market and lower than anticipated uptake of its new Ignis crossover and Baleno light car.

Currently, the Japanese car-maker is selling an average of 1539 cars a month in Australia, which is expected to lift by an additional 600 each month with the introduction of its new-generation Swift light hatch, with brand now tracking for a year-end total of about 22,700 units.

Speaking to GoAuto at the launch of the new-generation Swift in Victoria last week, Suzuki Australia general manager Andrew Moore said the softening of the new-vehicle market this year – down 0.9 per cent to the end of May – was partially to blame for the brand’s own position, which is at 7695 units year-to-date (down 6.0 per cent). 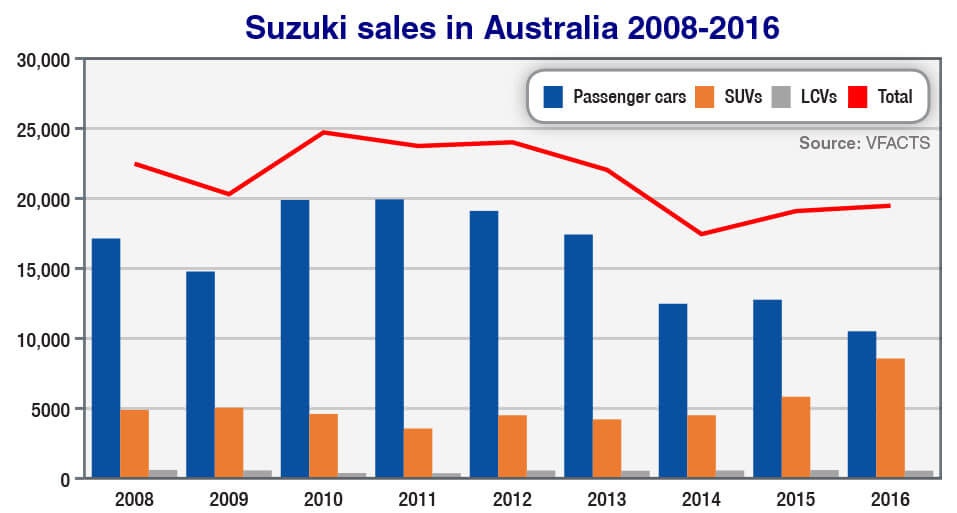 “It’s basically because it’s a soft market. The light segment is down a little more than expected, and to add to that … there were only a limited amount of Swifts available in runout.

“We sold more (Swifts) than we thought last year, so we had a little less to sell this year – which has probably impacted it a little bit.”

The sub-$25,000 light-car market, in which both the Swift and Baleno compete, has seen a 16.3 per cent drop this year, with the Skoda Fabia the only model in the segment experiencing growth.

Swift is down 55.8 per cent (with 1727 units) – lack of runout stock the key factor here – while the new Baleno has managed only 1319 units, well down on the 400-a-month anticipated at launch in July last year. Last year, Baleno averaged 232 a month (August to December) while this year it is up only slightly at 264. 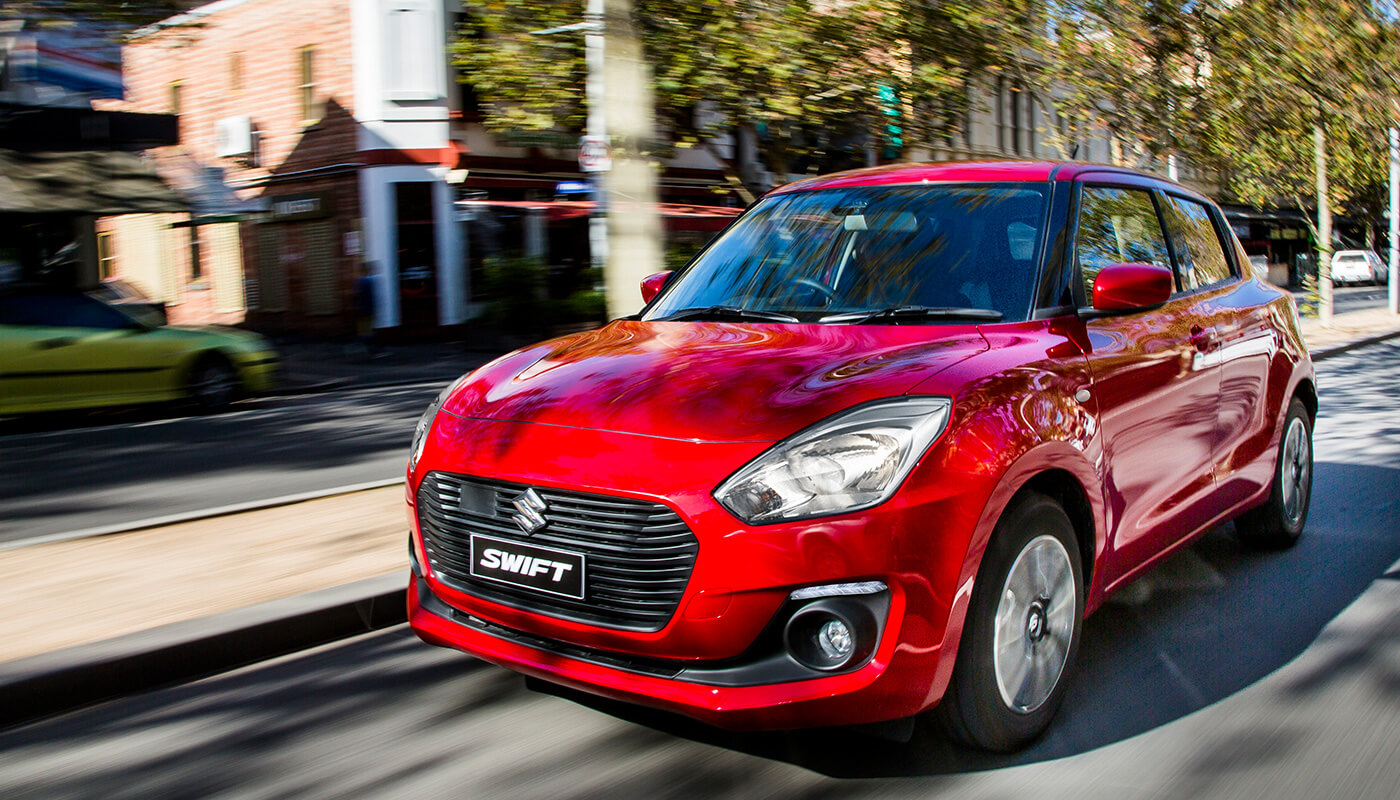 You belong with me: Suzuki’s just-launched Swift light car is expected to lift the brand’s sales by about 4200 units this year for a year-end total for the brand of about 22,700.

The new Ignis crossover has sold just 1181 units since its release in February, with Suzuki not yet achieving its predicted monthly sales total of 400 units. The Ignis’ highest sales month was in March with 324 new registrations.

Suzuki Australia product planning and training manager Joanna Montalto explained that the lack of uptake in the quirky Ignis is due to lack of awareness of the nameplate, which was previously on the market in the early 2000s. 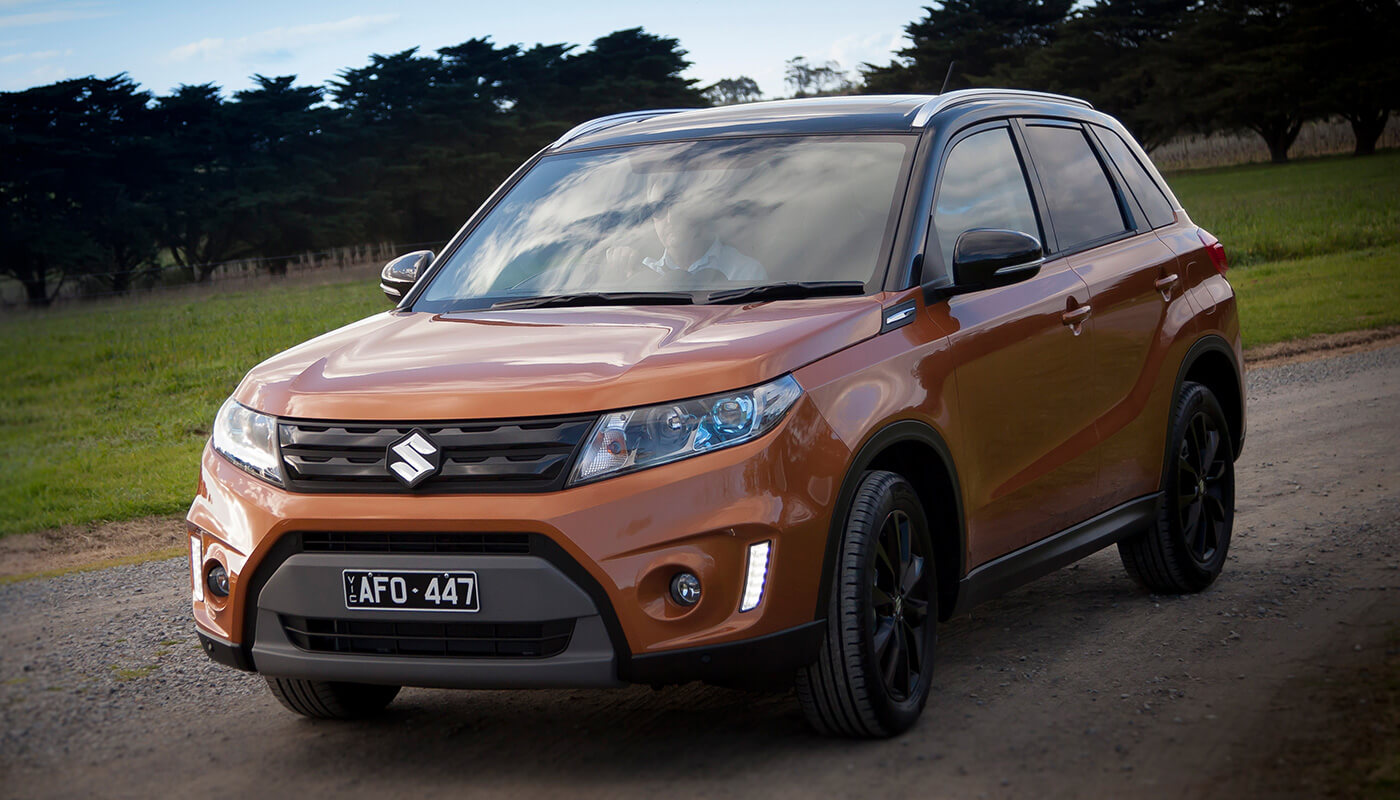 “It started off a little bit slow for us, the Ignis,” she said. “But I think it’s just going to be the consumer awareness of it, it’s a very different car.

“I look at it like the Jimny for us where it’s in the small SUV segment but it’s kind of in a segment of its own because it’s so different from every other car in the category. So I think once it’s been out in the market for a lot longer, and consumers are more aware of it and customers can spend more time with the car, I think it will gain momentum.”

Ms Montalto said both models still have a place in Suzuki’s line-up, but would not be drawn on if and when replacements were coming.

“APV has always sort of been for us a unique buyer,” she said. “I think there is always going to be a market for it because the commercial market is still there and still fairly strong, so anything we can get in that segment is good,” she said. 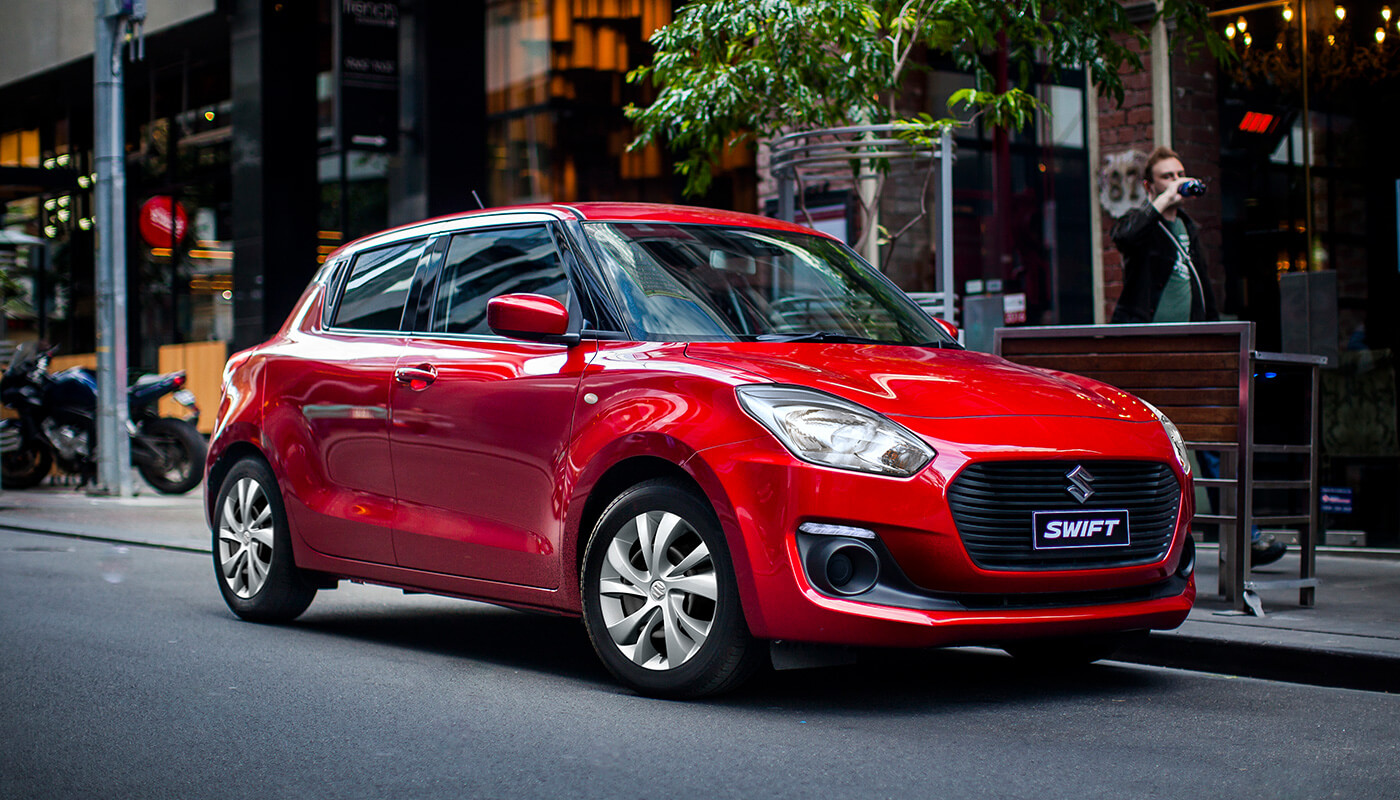 “I can’t release any information yet on any future product plan on Grand Vitara, but we are working with the factory. SUVs are the core for us and Grand Vitara has a longstanding history for us.”

Another slow seller for Suzuki is its Celerio micro car, with just 117 sales YTD, down 74.1 per cent on the same period last year.

Kia’s Picanto – which landed in second-generation guise in May – is currently dominating the micro-car segment, nabbing a substantial 41 per cent of the market share and outselling the Celerio at a rate of almost 10 to one.

Ms Montalto said the possibility of a new-generation Celerio may not be a certainty given the shrinking sales of the segment.

“We’ve still got it (Celerio) until it comes to the end of its model lifecycle and then we may not replace it, but at this stage there are no plans to renew it or can it.”