A GROUP of motor vehicle collectors and enthusiasts has been calling on the federal government, so far with little effect, to eliminate the Luxury Car Tax (LCT) on vehicles more than 30 years old as a way of encouraging jobs in a corner of the Australian car industry which, at its equivalent in the UK, generates more than four billion pounds ($A7b) in economic activity a year.

The group says it is being caught in a tax intended for new vehicles to protect a car industry that no longer exists, and is being applied by bureaucrats to vehicles that can be more than 100 years old.

The Australian Historic Vehicle Interest Group (AHVIG) has been documenting the extent of the historic vehicle industry in Australia to boost its case in Canberra and in doing so has highlighted its potential to become a more significant employer of both traditional automotive technical skills and, more recently, high-tech skills in fields like cutting-edge 3D additive manufacturing.

The group has identified about 200,000 vintage, veteran and classic cars in Australia but believes there are many more. Its data shows that the owners spend an average of $5000 a year on their cars across maintenance, restoration, storage, insurance and transportation, although some owners can spend many tens of thousands of dollars restoring a single car.

The data shows that this work goes to a coterie of specialist restorers which are smallish businesses located mostly within regional Australia.

A back-of-the-envelope calculation says that the Australian historic car industry is generating $1b a year in economic activity with the AHVIG arguing that revenue goes to preserving not only cars of great heritage value to Australia but also the traditional skills of body fabrication, casting, machining and trimming.

As parts become increasingly rare, these skills are being expanded into 3D printing of new parts using the latest additive manufacturing systems.

The AHVIG says the UK has about as many historic cars as Australia and, while the activity is much better financially-resourced in the UK than it is here, much of the $7b in economic activity in their sector is generated as a result of the active participation of the British government which backs the historic car restoration industry as it does the motorsport industry.

Due to UK government support, motorsports manufacturing in the UK, including Formula 1, covers 3500 companies employing 40,000 people with a turnover of $16b.

That represents around 80 per cent of the world’s high-performance engineers. Almost 90 per cent of those companies export their products and services.

But the major issue for the AHVIG is that Australia’s most desirable collectable cars are being sold increasingly to overseas buyers. Yet, when Australians want to turn the tide and bring cars back into Australia, they are penalised by the LCT adding a huge price impediment.

“In practice, if you were to buy from overseas, America, Europe or wherever for, say, $A60,000 it would be a humble car. It wouldn’t be one of the old masters, it wouldn’t be a highly collectible car, it would be just an interesting car.

“So you have to add all of the costs of importation to your $60,000. So now we’re well over the luxury car tax threshold. And then on top of that, you add GST. So that then becomes the actual threshold price for the introduction of the luxury car tax, and you can’t escape it.

“There is a classic case in South Australian where a very well known veteran car bloke wanted to get a veteran De Dion to use in Australia. He paid something like $A120,000 but by the time it went through the whole process to be imported, the car cost more than $A200,000. So we have lost a lot of cars like those because of the tax.”

Mr Wright quoted a celebrated case where an Australian entered a Lagonda at the Concours in Pebble Beach. He sent it to Auto Restorations in New Zealand.

“So they did a wonderful restoration and the car went on to Pebble Beach where it won its class.” 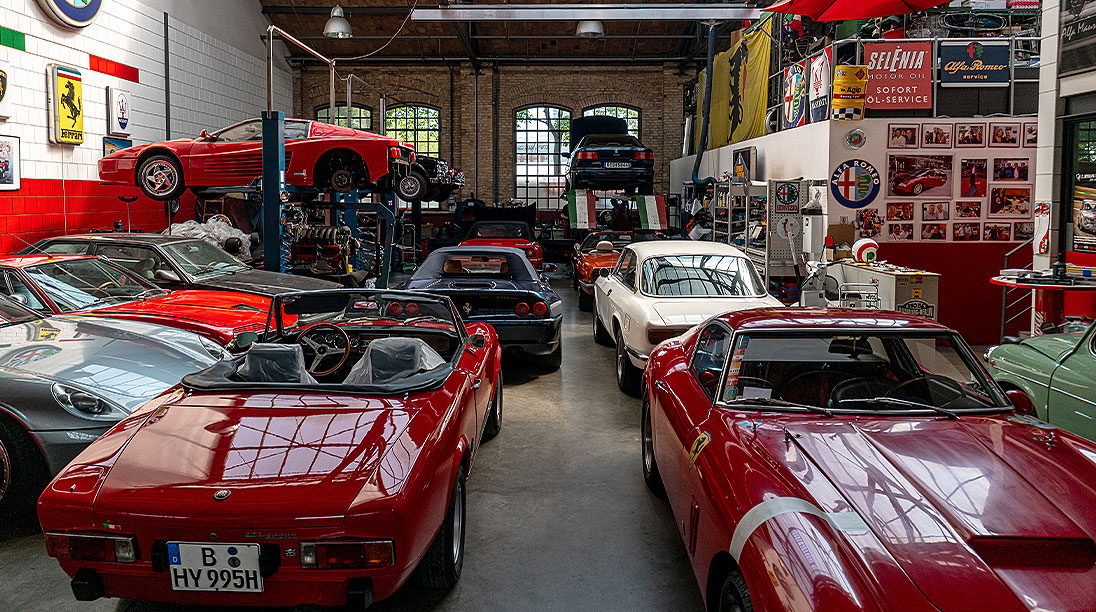 Mr Wright said that when the owner brought the car back to Australia, customs said that because it had won its class at Pebble Beach it was now worth a million dollars and gave him a luxury car tax bill of around $350,000 based on that valuation.

The AHVIG is also concerned that the LCT prevents owners from returning their cars to Australia after using them in overseas events because the government charges the LCT everytime the car returns to Australia.

“From our research we have identified a number of cars that are either in New Zealand, in England and other parts of Europe and America. Their owners just fly over and use them on rallies overseas and permanently keep them out of Australia.

“You could well argue that they are wealthy people and they can afford to buy these cars and they can keep them where they like, but if they brought these cars home to Australia those cars would be maintained and restored in Australia; they’d be kept here.They would generate money for the industry over here. The government doesn’t recognise that. We’ve been battling on this subject for three years.”

Mr Wright said that the AHVIG’s sampling of the restoration industry found that it feeds work on through a host of suppliers making basic parts and tools, special machining and other specialist work which creates at least three more indirect jobs.

“In the restoration industry you cannot afford to throw these parts away, you just have to re-manufacture them and reclaim them. And they feel that for every job employed directly, there are another three jobs out there in industry that rely upon the historic vehicle movement.

“It goes well beyond the restoration and maintenance, insurance and storage and so on, it also goes into regional areas for events. So hospitality; in normal times there would not be a weekend in the calendar in each state where there isn’t a group of people driving their restored cars to some country town to stay over the weekend.

“The trouble we have now is getting things on the calendar because in normal times you struggle to find a free weekend on the calendar. It’s so crowded, in each state. Tasmania, the West, Queensland are extremely active. It’s a bit more difficult in Sydney and Melbourne because you’ve got the suburban population and dense traffic, but their regional areas benefit; Bendigo. Ballarat, Geelong, Gippsland. People go everywhere,” he said.

Mr Wright said the industry is quite broadly spread across most socio-economic groups.

You get a lot of do-it-yourselfers and hobbyists. And for economic reasons they still love tinkering and they consume parts, tools and equipment.

“And then the next level are the people who love cars, and they are professionals or self-employed busy people; either they don’t have the skills or the time or inclination to do it, and they employ all these professional businesses.”