MORE people want to buy a Toyota than any other brand, according to a finding in research by Roy Morgan, though that probably comes as no surprise given Toyota is the nation’s most popular brand by a country mile.

According to the research firm’s latest data, Toyota is the most popular vehicle brand among Australians who intend to buy a new car within the next four years.

Roy Morgan CEO Michele Levine said: “Toyota should be very pleased by this latest data, which shows that for a considerable proportion of Australians soon to be on the hunt for a new set of wheels, it is at the top of their list and well ahead of the competition.”

Roy Morgan found that as of September 2019, the percentage of Australian new-vehicle ‘intenders’ planning on purchasing a Toyota was 16.8 per cent, which represents 322,000 people. 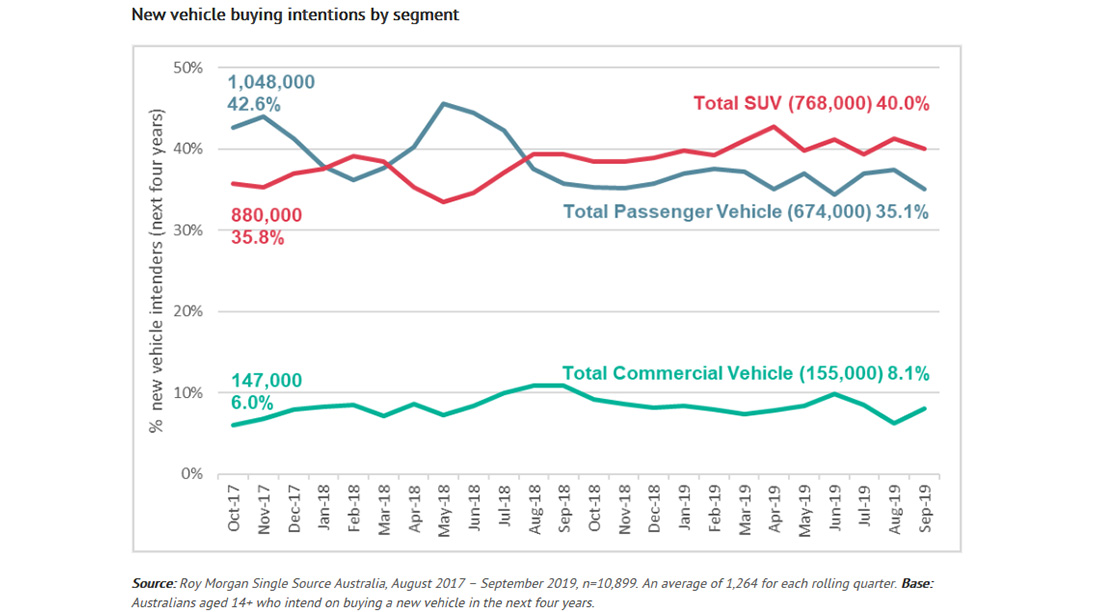 Compared with the actual market share of each of these brands, GoAutoNews Premium data shows only five of the 14 brands mentioned are desired more by prospective buyers than the sales suggest.

Roy Morgan also looked at the type of vehicle being pursued by future buyers.

It found that SUVs continue to be the most popular, with 40 per cent (768,000) of intenders planning on an SUV as their next purchase. 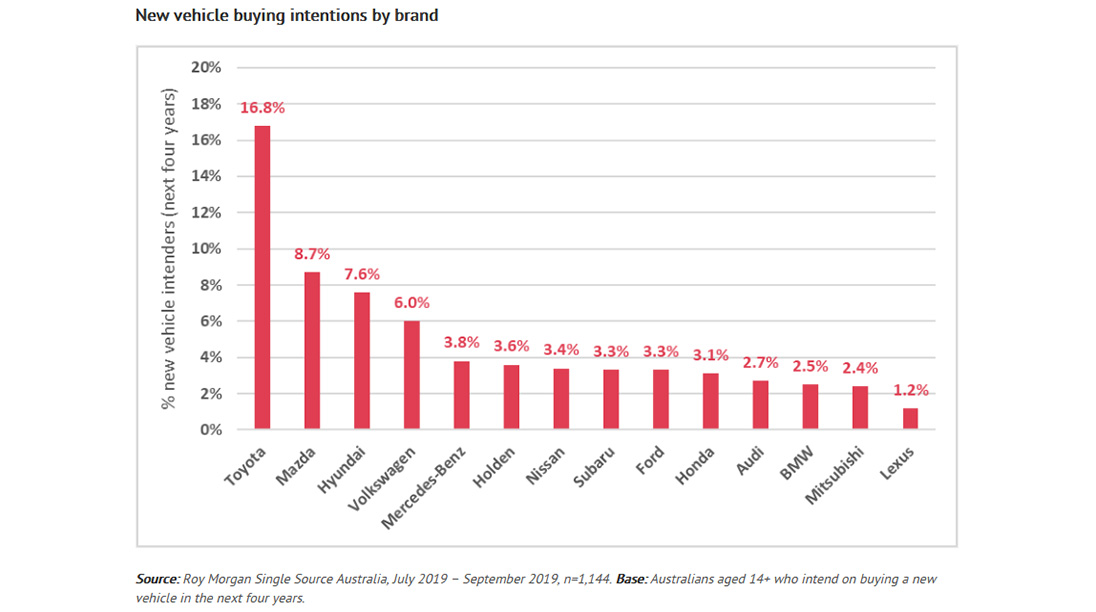 “We’ve all seen the growth in popularity of SUVs on the roads around us, but what this data tells us is that we can expect SUV numbers to continue to increase. The rise in SUVs has come at the expense of the standard passenger vehicle,” Ms Levine said.

She added that while feedback to businesses regarding favoured products and services is important, it is far more relevant when it comes from consumers who are soon to be in the market for those particular goods.

“Not only does it provide positive feedback on current business strategy and advertising campaigns, but it also allows manufacturers to anticipate future sales trends.”