Toyota to keep up sales momentum

TOYOTA Australia says that with a strengthening line-up and more fresh models on the way, it can maintain its current annual sales levels of more than 200,000 units beyond the closure of its local manufacturing operations in late 2017.

Earlier this week, official VFACTS sales figures revealed that the Japanese car-making giant topped the Australian sales charts for the 13th consecutive year with its haul of 206,236 passenger cars, SUVs and light-commercial vehicles, marking the 11th time in its history it has exceeded 200,000 sales.

Speaking with journalists at the announcement of the 2015 sales results in Sydney, Toyota Australia executive director of sales and marketing Tony Cramb said he was confident the company could maintain its current sales volumes into the future.

Toyota’s 2015 market share of 17.8 per cent means it is now the only car-maker with double-digit share. Its haul was more than 92,000 units ahead of second-placed Mazda.

The car-maker was the top-selling brand in every state and territory and the market leader in SUV, passenger car and LCV sales, as well as leading nine segments, including small, medium, sportscar, large SUV, upper-large SUV and 4×2 and 4×4 pick-ups.

In the past 10 years, Toyota’s overall market share has dipped from 20.5 per cent in 2005 to 17.8 per cent in 2015, but Mr Cramb said he was not concerned about the downward trend, and identified shifting consumer preferences and solid competition as key reasons for the lower share.

“I don’t see it as a problem,” he said. “I think it is wonderful in a number of different ways. Firstly for the customer in Australia to have such choice is fantastic for them. It shows that we have seriously good competition in many segments and it also shows that the market itself is changing by its very nature.

“There are segments like small SUV where we don’t even have an entrant. That is a big segment now. It didn’t even exist when we had 20-plus (per cent) share. The market itself is changing, moving away from traditional big six family cars. It’s moving into small cars and SUVs.

A sub-compact SUV based on the C-HR Frankfurt show concept is expected to surface this year and while Toyota Australia says it is yet to be confirmed, it will likely arrive in showrooms in 2017 to compete with the popular Mitsubishi ASX, Honda HR-V and Mazda CX-3, among others. 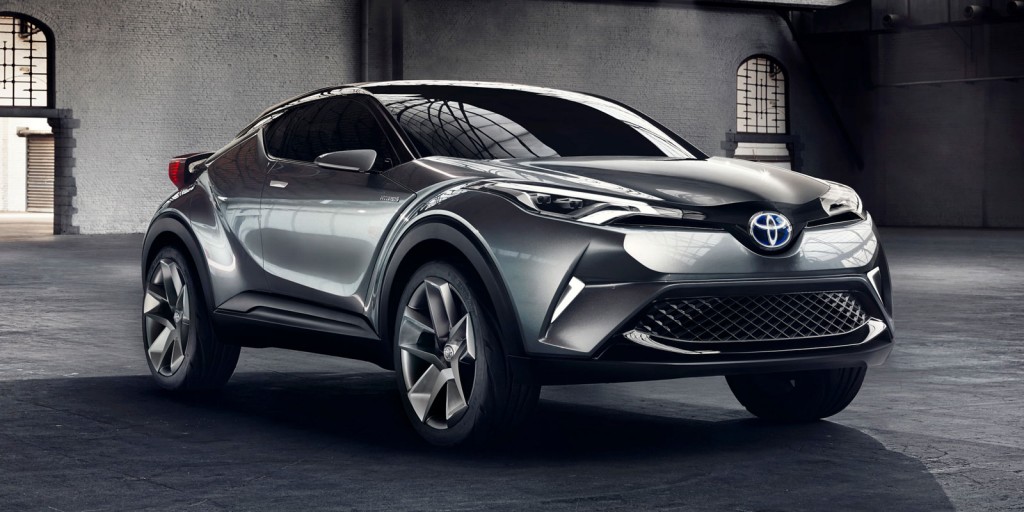 Big future: The production version of the C-HR concept could add between 10,000 and 15,000 of sales to Toyota’s tally when it eventually arrives Down Under.

If the new crossover reaches the sales heights of its rivals, it could add between 10,000 and 15,000 sales per year to Toyota’s tally.

While acknowledging the popularity of SUVs in the marketplace, Mr Cramb said he thought it was unlikely an SUV would top Toyota’s annual sales any time soon.

“When we launched HiLux people said ‘can you see a time when the HiLux becomes the number one selling vehicle?’.

“SUV growth is extraordinary and certain SUV models are selling 2000 a month which is big volume. But really to get to Corolla or HiLux level you are looking at 40,000, which is 3500-plus (a month) so it is a fair way for an SUV. But who knows, maybe a pick-up truck will do it.”

Mr Cramb declined to comment on whether Camry sales would decline after the Altona plant closes its doors in late 2017 and the mid-sizer is sourced internationally, but added that it would look to maintain strong volume for the popular model.

“Our focus is 100 per cent on making sure that we have a respectful transition for our people and for the suppliers here in local manufacturing. What happens post that, obviously we will secure the global Camry from a source which we haven’t finally announced where that vehicle is coming from yet, but it will be every bit as good as the current vehicle.

“We have an infrastructure and a dealer network that is set up for a certain level of volume and we will have to maintain that level of volume, if not grow it, so we will be looking at that time to see what is the natural volume for that vehicle and what will be our approach to merchandising in Australia.”

Mr Cramb said most consumers were not concerned about whether their Camry was built in Australia or somewhere else and that they were more focused on vehicle quality and customer service.

“I don’t think it matters. We always say our vehicles are made ‘in Toyota’. We don’t really specify. We only ever once tried to advertise the fact that the cars were made here in Australia. The biggest problem we had was when we were trying to fight for the survival of local manufacturing, that most customers didn’t know they were built here in the first place,” he said.

“I don’t think the average consumer knows where a car is built and I don’t think they particularly care. What they are after is a certain level of quality and an experience of ownership that they can rely on and I think Toyota gives that, wherever the vehicle is made.”

It also came close to toppling the Commodore as the top-selling Australian-built car last year, but was just outpaced by the Holden by 125 units. 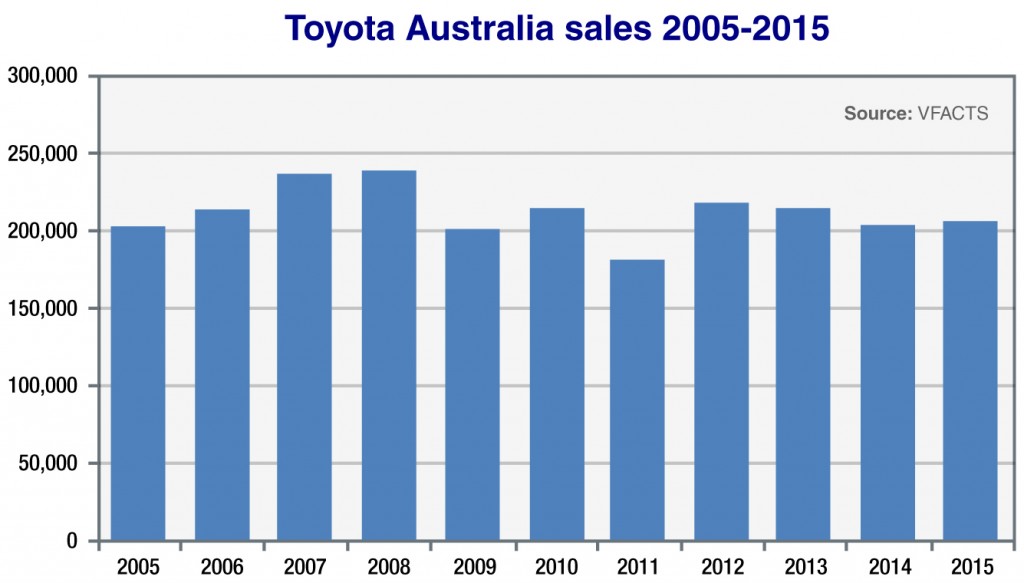 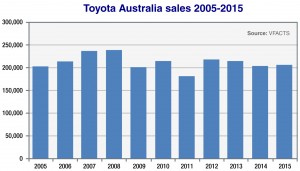