THE purchase of Revolution Software Services by Toyota Australia has set off alarm bells in the rest of the OEM community with fears that the purchase opens up the potential for Toyota to get access to highly sensitive information about its competitors in real time.

Now that Toyota owns Revolution it means Toyota is able to make it a condition of the franchise that it is mandatory for Toyota dealers to use TUNE.

But most Toyota dealers are multi-franchise and use the other major DMS suppliers in the market.

Toyota Australia has for some time favoured the TUNE DMS for its dealers but has always allowed their dealers to use other DMS software providers.

A DMS is the most vital management tool in any dealership as it controls, integrates and reports on all the thousands of transactions flowing through dealerships across all brands on any day.

Dealers pay significant fees for these systems because they are so fundamental to monitoring the pulse of the individual dealerships and the tracking of the consolidated results of all rooftops within a total group.

Moving from one DMS provider to another is very disruptive to a dealership business because the systems and terminals are so deeply embedded throughout the dealership. The cost of retraining staff is high and very disruptive and often custom software already in place that is specific to that dealer’s requirements has to be rewritten on the new platform at extra cost.

Toyota says the acquisition “will enhance Toyota’s ability to deliver market-leading dealer software management solutions that will support the ongoing development of the Toyota and Lexus franchises as Toyota transitions into a mobility company”.

Toyota company statements surrounding the acquisition make it clear that all 200 Toyota and Lexus dealers will be expected to, at a minimum, transfer their Toyota business across from other DMS operators to TUNE.

“As a standalone company within the Toyota group, Revolution now has the certainty and security that will enhance its ability to provide cutting-edge services and support for existing as well as new customers outside of Toyota,” Mr Nadalini said.

But it is the desire of TUNE to “support existing as well as new customers outside of Toyota” that has other OEMs worried.

One industry source, who asked not to be named, told GoAutoNews Premium: “Now that Toyota owns the software and has full access, other OEMs are going to see that as a risk because a lot of their intellectual property and sensitive competitive information resides in the dealer management systems of their dealers.

“DMS providers have to sign confidentiality agreements with OEMs. They are putting in vehicle pricing, service job code data, recall information, retail sales campaign information, bonuses amongst other things and that all goes into the system.

“Toyota is telling its dealers that the issue is really not its problem. They say if another brand tells a dealer that they cannot use TUNE for the other brands in the dealership group then they are just going to have to use another DMS for the rest of the brands.

“They say it is not their concern if dealers have to use a second system for other brands because other brands are not Toyota’s concern.

“They know that their brand is profitable, sought after and is number one and that Toyota dealers will move their other brands onto other systems if their OEMs deem using TUNE for their brands is not appropriate,” the insider said.

“This will especially affect the smaller dealership and regional dealerships where they share staff across franchises or have a service centre which does multiple brands. They will be the ones that have real issues.

“But the real problem is that if a Toyota dealer chooses to put TUNE across the whole business then that gives Toyota a view of the trading position of its competitors. They own the system, they develop it, they support it and they have access to it.”

This has set alarm bells off within the various brands and OEM legal departments are poring over the details to find out the implications for their brands.

Insiders say that there was nothing that the other brands could do until Toyota became the owner of Revolution. Now that has happened it is expected that OEMs will be writing to their dealers and telling them they should not be on a Toyota-owned DMS. 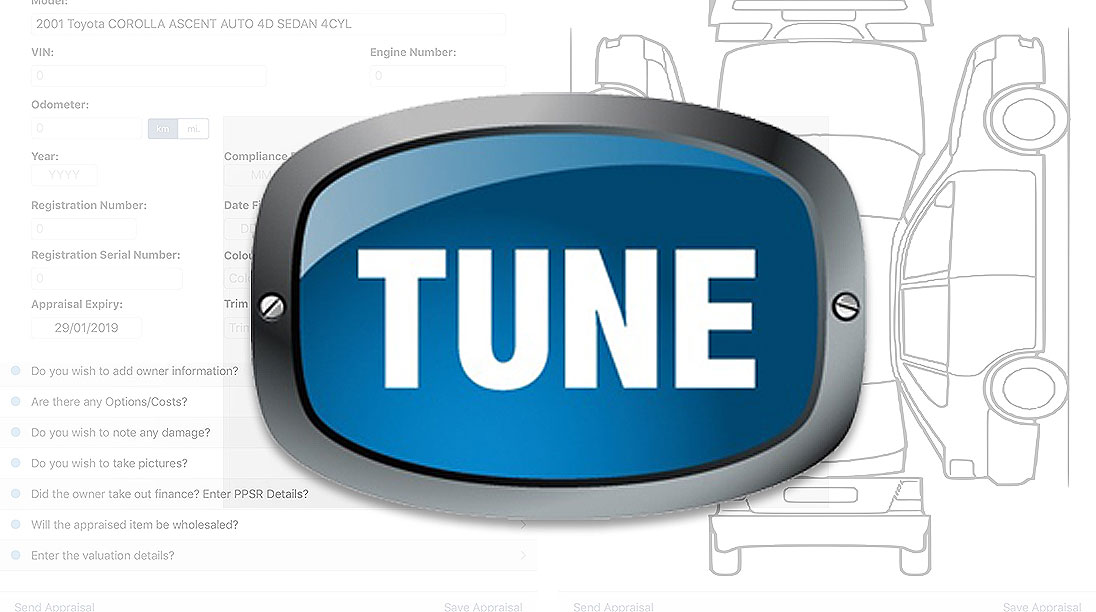 The source told GoAutoNews Premium: “Many of the other OEMs are saying privately they are not happy with it and will be announcing what they plan to do about it soon. Once word gets back to head offices in Europe, South Korea, Japan and the US they are going to be far from happy with their dealers using a Toyota-owned system.

“The problem is that the DMS providers are party to a vast quantity of confidential competitive data relating specifically to the franchises of dealers using their systems and are under strict confidentiality agreements.

“At the start of each month they could see what the competitors they have data on are doing, and make changes to their models. On utes they could see what’s included, say trays and bullbars and see what is selling, what they are selling it for, then include what the other mob are including and the price.

“They could be ahead of the game every month. They could see how a competitor’s sales are going as the month unfolds and they could be responding immediately if that competitor was outselling them because of a specific package or incentive.

“So they would have access to so much data that they could then use to make decisions each month on how to price and package etc because they would have vision into the DMSs of competitors.

“Imagine having all that live intel on your competitors and what they are doing in real time.

“Imagine having a dashboard that told them that yesterday Mitsubishi just changed the prices on their ASX? Or that they are trying to get ahead of us by adding a bullbar (on Triton). We’ll do the same thing today and within 24 hours they have trumped the opposition.

“They would be getting up-to-the-minute information on strategic changes a competitor is making to sell their vehicles.

“The OEMs would have to be very worried about that. Very worried.”

Toyota, however, does not see it as its problem. Toyota just wants its dealers using TUNE and if dealers have to use another system for the rest of their franchises then that will be a decision for dealers with other brands.

Toyota is paying for free installation of TUNE. Toyota has a technology fund that dealers pay into and Toyota is subsidising the implementation for the dealers who are not yet using TUNE. So dealers are paying for the move to TUNE but the money is coming out of the dealer-funded technology fund.

In effect, the move will add an extra layer of duplicated cost to a multi-franchise dealership that includes Toyota.

If OEMs ban dealers from using TUNE for their franchises it will mean that software will need to be developed to extract the Toyota dealership’s data from TUNE to be integrated into a second DMS in order to get a total view of the operations of the entire group of franchises.

The insider said that the move by Toyota follows a longstanding desire for OEMs to get involved in DMSs “and then as time goes by they change strategy and allow multiple DMS”.

“The DMS industry is wondering if that will happen with Toyota and TUNE,” the source said.

“In the past OEMs have shown that they cannot get past building cars and selling cars and that they do not have the focus and experience to run state-of-the-art DMSs and that the IT side of things tends to become an afterthought.

“BMW was once pushing Autoline across the world but now they are allowing Incadea as another worldwide approved system and now they have made an exception in Australia to allow ‘local heroes’ Auto IT, Titan and Pentana as recommended DMSs and have paid for the cost of the integration from BMW’s systems into the systems of the three local heroes.

“Dealers are going to be very frustrated with this. If you are a four- or five-franchise dealer, and a lot of dealers are, what are you going to do if all your franchises get the same idea? Having to manage three, four or five systems in the one business would be a nightmare.

“So a salesperson could be in one franchise and another franchise the next day and would not have a clue how to use the other system. The same in service. Then there’s the IT people and the financial controllers on different systems. It would be chaos.”

Kia Australia COO Damien Meredith said he was “extremely concerned” about the ownership of TUNE by Toyota.

He told GoAutoNews Premium that it placed customer and dealership privacy in doubt and that he did not believe it was beneficial to the industry’s business environment.

Other franchises are known to be addressing the issue but are holding back on public statements.

Mitsubishi suggested that it was the dealer’s responsibility under its franchise agreement to keep confidential its data and that if a Mitsubishi dealer could not guarantee that its data within TUNE was not being viewed by a third party then the Mitsubishi data would have to be located within a different DMS.