DEMAND for used cars has hit crisis levels with leading dealers holding back on wholesaling and abandoning negotiating on price.

The unusual situation, which many dealers contacted by GoAutoNews Premium said was unprecedented, is lead by flagging new-car sales that has stalled the trade-in movement of cars; the pandemic that is causing commuters to ignore public transport and seek a less-expensive car for personal transport, and cashed-up consumers from areas of the economy not hit by Covid shutdowns, who are looking at buying cars as an alternative to inaccessible overseas holidays.

“We are keeping cars that we would normally wholesale,” said one Perth dealer. He said wholesaling was done within the dealer group and believed that was becoming common around Australia with larger businesses.

“We also have stopped discounting so there are no negotiations. How it used to be has all changed.”

The consensus was that used-vehicle prices have increased by as much as 15 to 20 per cent in the past six months.

The dealer said the focus was on trade-ins as “we want stock to replace the sales in used cars.”

In Melbourne, another dealer said you could no longer rely on your own PMA to support the business.

He was finding it difficult to obtain stock and agreed that wholesaling of cars was becoming rare and only for vehicles that the dealer couldn’t see as viable to bring up to saleable condition.

The same response was from Queensland where one dealer said of the used-car stock that “we’re keeping everything”.

In Sydney, a new-car franchise group said new-car supply was tight and that impacted on the used-car market.

“Used cars are hard to get because there’s demand from people wanting transport for themselves,” he said.

New-car supply was also restricted because he said people who had access to their superannuation were buying a car because they couldn’t treat themselves to a holiday.

“There are also people who are scared to catch a bus or train,” he said. 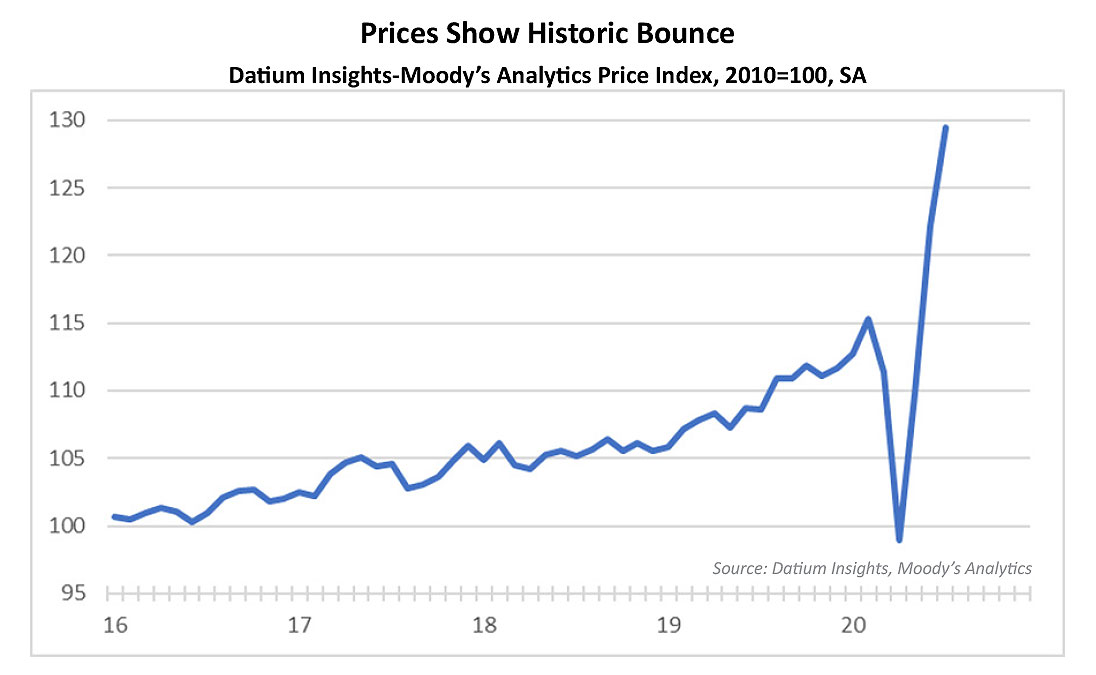 One dealer said the rental car industry had fallen significantly as people stopped travelling and the cars that were held by this industry were yet to be traded. He said this could help alleviate supply of used cars but may not change the high price structure.

“Given the state of the travel industry, there are some rental businesses that may not be eager to buy new cars and may prefer to hold onto what they have,” he said.

While used car sales are brisk for those businesses that can find stock, the new-car sector is now starting to pick up.

But the trend is mixed. Car-makers such as Mazda and Hyundai are reporting falling sales – with Hyundai (down 31.8 per cent year to date) repositioning and pulling back from certain sectors such as rental while Mazda (down 26.6 per cent YTD) has stock and pricing issues – but Subaru has orders for some models that it can’t fill until November.

Most OEMs are still feeling the effects of plant closures and component supplier hold ups stretching back to April.

Overall, August sales are up on the same month in 2019 and anecdotally, many dealers are making more money than this time last year.

“Very few dealers may be on JobKeeper after September,” said one dealer.

“But who knows what’s around the corner. I remember in March this year thinking COVID-19 was the end of the world for me. Now look at it.”

Meanwhile, Moody’s Analytics, for the second month in a row, reports that its analysis is showing wholesale used-vehicle prices rose to an all-time high across Australia.

In the face of a second wave of COVID-19 outbreaks, a shutdown of the country’s second largest state, and the highest unemployment rate in more than 25 years, the used-vehicle market jumped an additional 6% from June to July.

According to the Datium Insights – Moody’s Analytics Price Index, costs for used vehicles have increased 30.8 percent since April lows and are 16.2 percent higher than pre-pandemic prices in January.

The company said that a buyer looking to spend $10,000 on a Ford Ranger this past summer will be paying an extra $1600 for the same vehicle this winter.

Key points from the report are: