TWO of the country’s oldest dealerships took out the major awards at the Victorian Automobile Chamber of Commerce (VACC) industry awards night in Melbourne over the weekend.

Mercedes-Benz dealer 3 Point Motors, established in 1961 and based in Fairfield in Melbourne’s inner north, took out the award as the best new-car dealer, while CMV Hallam Truck Centre, which was founded in Adelaide in 1934, was recognised as the best commercial vehicle dealer in Victoria.

The awards were presented in front of a 500-strong crowd at the Crown Palladium ballroom on Saturday night.

While 3 Point Motors annual sales have risen by about 40 per cent over the past five years, it was staff training and an excellent customer experience that underpinned the sales growth, according to joint-dealer principal Michael Di Muzio.

“What sets 3 Point Motors (3PM) apart is certainly our customer experience,” he said. “The way we treat our customers is unique,” he said after receiving the award from VACC executive director Geoff Gwilym.

“And we have ranked for the past three or five years in the top five Mercedes-Benz dealers nationally,” said 3PM’s other joint-dealer principal, Jason Rowe.

“We pride ourselves, in a period of Mercedes-Benz growth, as one of the best in that period,” he said. 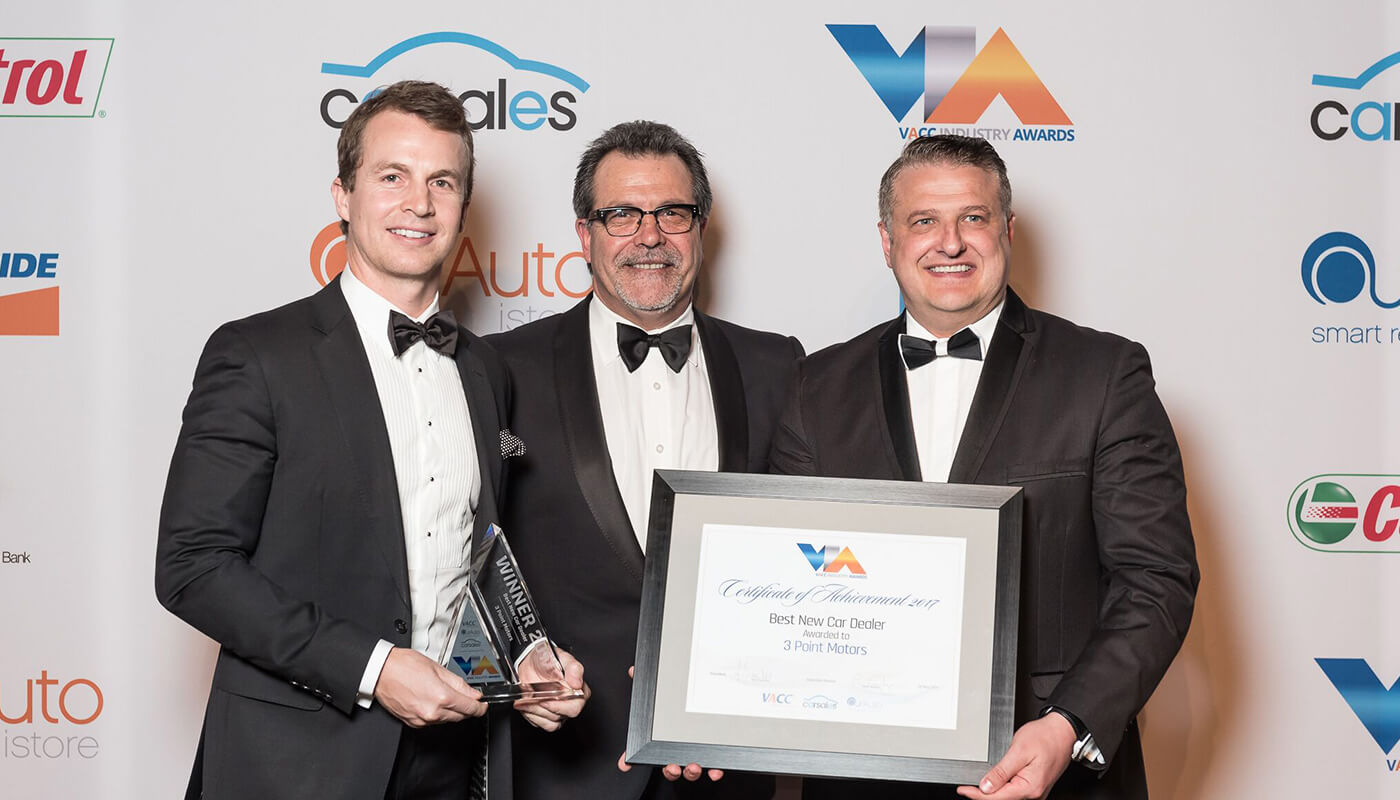 “We try to be dynamic in what we do with the business. We were the first Mercedes-Benz dealership to offer express service. We like to be first to market with what we do and I think it is a testament to the staff.

“Express service involves having multiple qualified technicians working on a car. We have a streamlined approach to service in the front-of-house area and our detailers get the car back up to the customer within an hour.

“We are changing how we do business,” Mr Rowe said.

Mr Di Muzio gave much of the credit for 3PM’s success to the company’s 100-plus staff, who are spread across two new-car sites, one used-vehicle outlet and a Mercedes-Benz commercial-vehicle site in Kew and Fairfield in Melbourne.

“Our staff are leading that growth. Extra staff, good staff, lots of training. We pride ourselves on investing a lot of money into training,” he said.

“3 Point Motors is very much like a family business. It’s not robotic. The staff aren’t robotic.

“They’re all empathetic, very genuine, and when you walk into the place it feels like you are at home.”

Mr Di Muzio said there were other factors behind 3PM’s success, such as population growth in the northern corridor of suburbs in Melbourne and the fact that 3PM only has one brand. 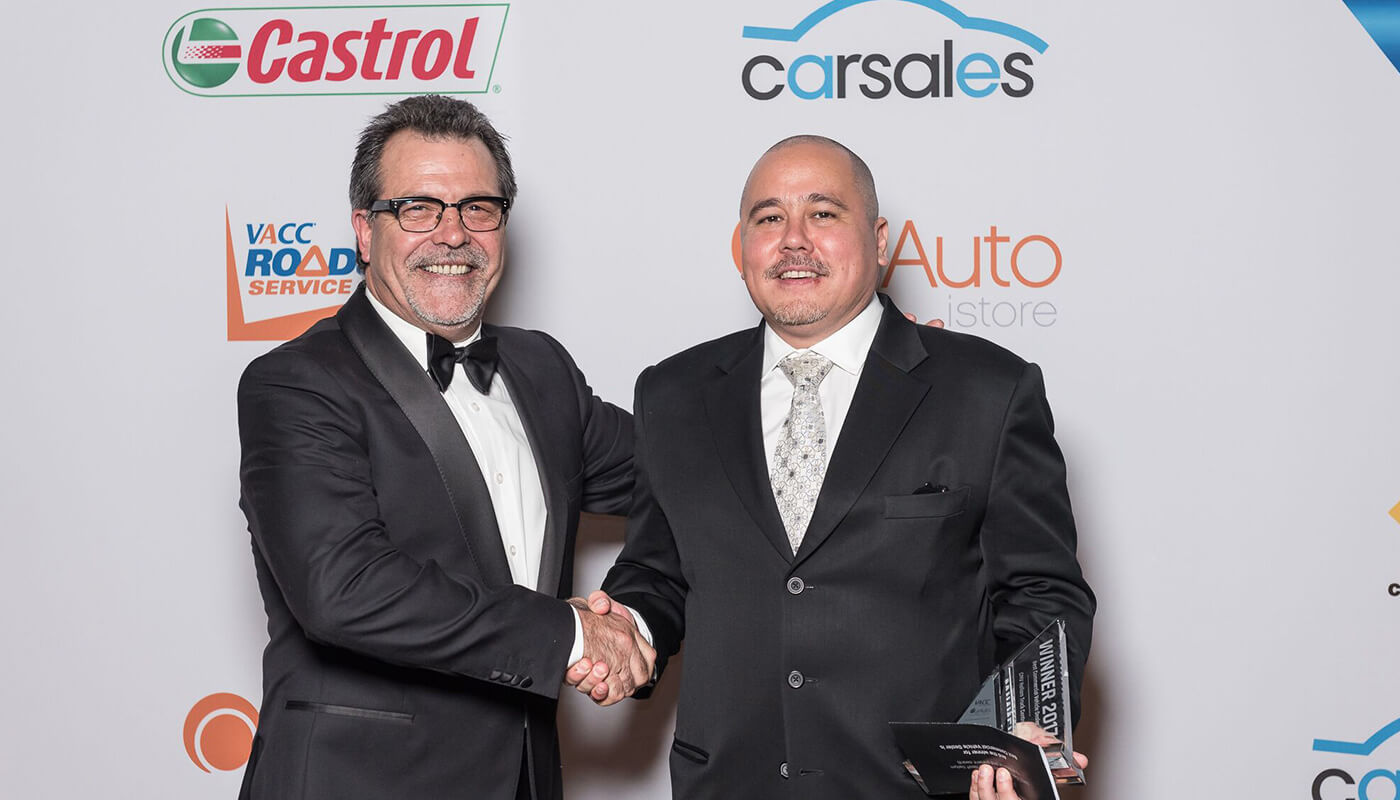 “We only look after Mercedes-Benz and it’s in a great position at the moment.”

“Jason and I will be investing a lot of money – in excess of $10 million – on behalf of the owner, Mr Terry Campbell, in Cooper Street Epping so, hopefully by 2020, we’ll have an additional new-car dealership which will help sustain the growth.”

The award for the best commercial-vehicle dealer went to CMV Hallam Truck Centre.

CMV Hallam’s success was underpinned by the fact that, while it is part of a very large company based in Adelaide, it still retains the atmosphere of a family business, according to the company.

CMV is owned by the Crawford family, with third-generation brothers Michael, David and Paul still active as executive directors.

“We have an amazing culture in the staff,” said Fuso sales manager Greg Lim after receiving the award.

Mr Lim said directors and managers were working hard to make sure that CMV was an attractive place to work.

“The transport industry generally has a tough challenge to get people to look at us as an employer of choice,” he said.

Part of the plan to make CMV an employer of choice was the company’s apprenticeship program.

“The VACC have been brilliant in supporting that with their apprentice program, helping us bring people through the business.”

Mr Lim said CMV was keen to break down the tough, macho image that seems to be attached to the transport sector.

“We have a mature-age apprentice who has just finished, a female. She came from a professional background and decided she wanted a change, and we took her on.

“I’ve only just come into the business and I am looking at this almost with an outsider’s point of view, and I am thinking, this is not normal,” Mr Lim said.

“CMV is willing to stick its neck out. They try to do something a little bit different, they are looking forwards rather than backwards. We don’t do things the way it’s always been done, and it permeates.” 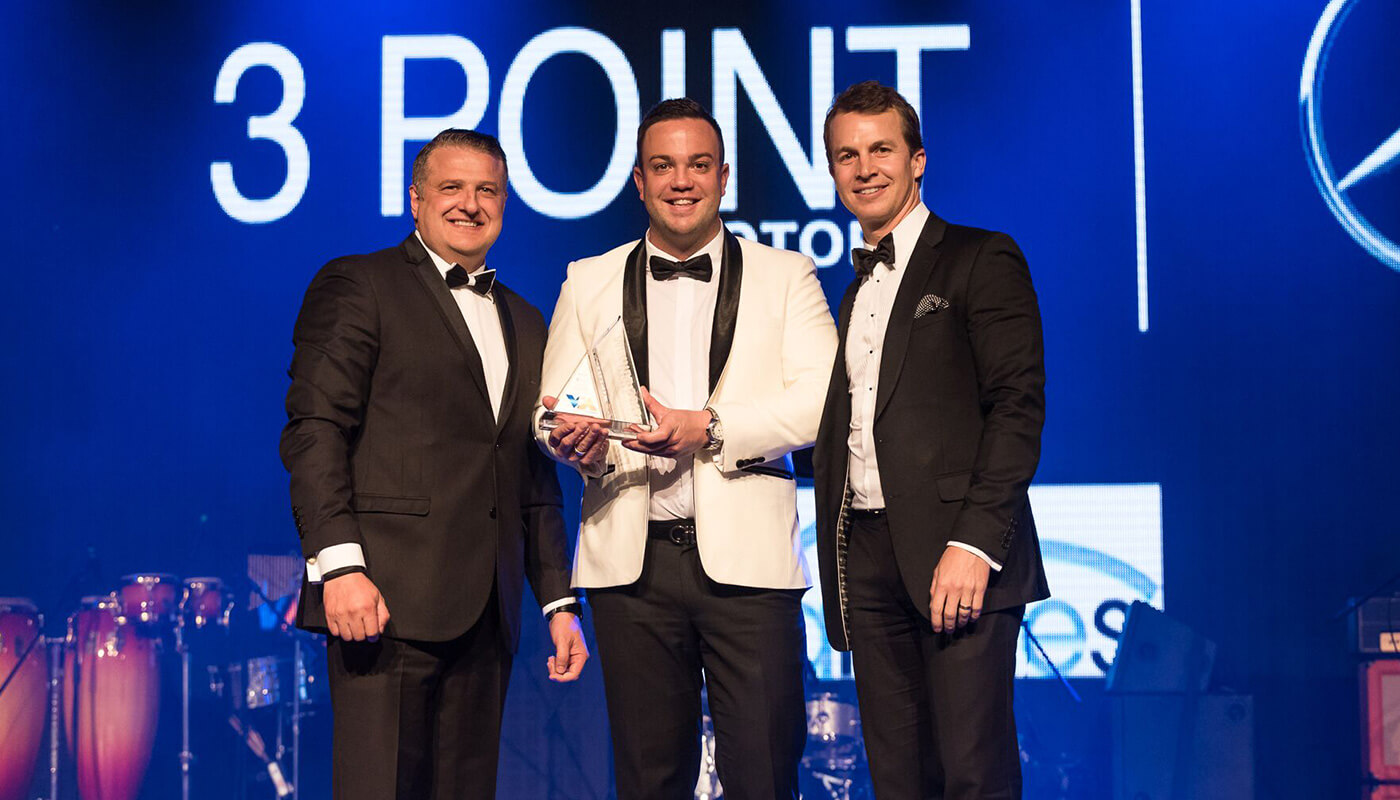