THE most advanced dealership in the Daimler Truck and Bus network has been officially opened in Brisbane by the world’s biggest Daimler truck group, US-based Velocity Vehicle Group.

The new dealership, built at a cost of $35 million, is the first all-new outlet from Velocity which joined the Daimler Truck network in 2021 after buying out Eagers Automotive truck outlets.

It will sell and support Mercedes-Benz trucks, Freightliner and Fuso brands from a 9500 square metre facility on a prime corner parcel of land on the Ipswich Motorway at Darra, regarded as a critical transport hub in Brisbane’s south west.

Daimler Trucks Brisbane will offer service across two shifts from 7am to 10pm and a full 24/7 breakdown service.

It now also features a 33 per cent larger integrated parts warehouse to ensure that more parts are on hand for customers.

Velocity Vehicle Group Australia executive vice president Richard Higgins said the Daimler Trucks Brisbane dealership has been in the pipeline for a long time “so it was a great feeling to finally move in.” 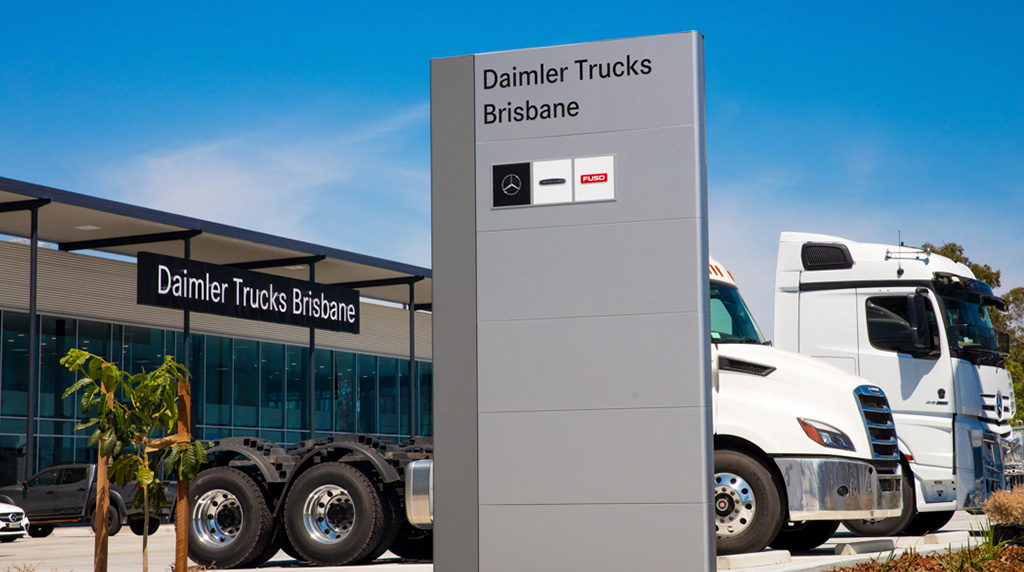 “The new facility has already provided greater opportunities to service our customers with more bays and expanded parts storage and we feel fortunate with the timing as our old location was underwater earlier in the year,” he said.

Velocity Vehicle Group co-presidents Brad Fauvre and Conan Barker and members of their team are currently in Australia said they were impressed with the location and what the facility offers.

Daimler Truck Australia Pacific president and CEO, Daniel Whitehead, said the company was excited about the new Darra dealership and what it meant for customers.

“Velocity Vehicle Group has already made an immensely positive impact on the Daimler Truck dealership network in Australia and the fantastic new Daimler Trucks Brisbane dealership is a concrete example of its commitment,” said Mr Whitehead.

“It represents a significant investment and we know that our customers will appreciate this brilliant new facility.”

It made Velocity the world’s biggest franchise for Daimler, the parent for truck brands Mercedes-Benz, Freightliner and Fuso, and Citaro buses.

Velocity exclusively sells Daimler trucks and is one of the world’s most highly regarded dealers though its 36 US outlets.

‘I’d like to congratulate Velocity Vehicle Group for delivering this fantastic new facility in a critical region for Daimler Trucks in Australia,” said Mr Lovrich.

“We know that our Fuso, Freightliner Mercedes-Benz Trucks customers will certainly appreciate its many benefits.”

“Our customers are delighted with our state-of-the-art new dealership,” he said.

“The new facility allows us to better look after their needs and get them back on the road delivering for their customers.” 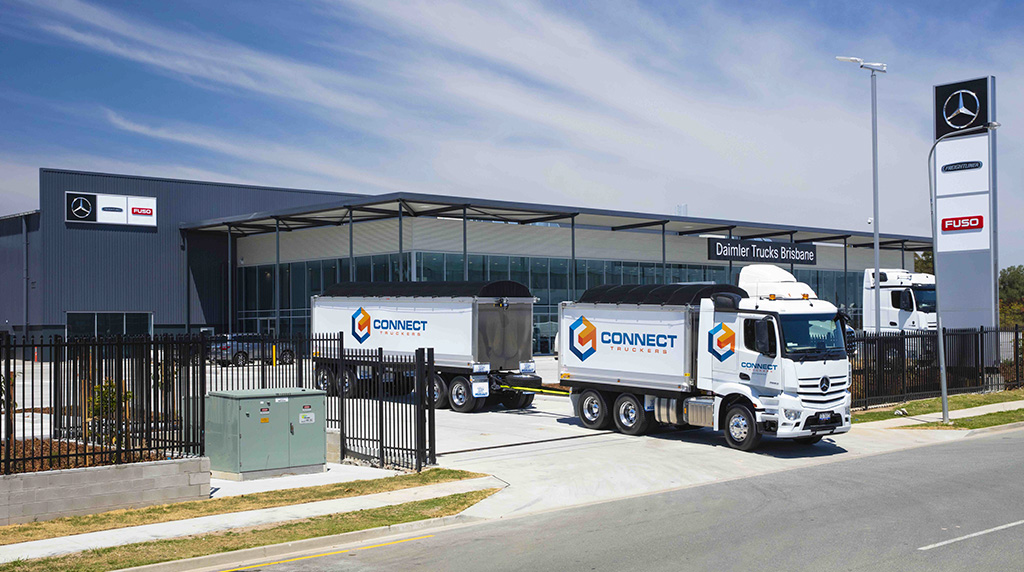