VOLKSWAGEN Group Australia has launched a new marketing strategy with its @vwvanlife social media handle, tapping into the thriving ‘vanlife’ hashtag which has seen 4.4 million Instagram posts and counting.

The vanlife movement sees thousands of travellers share their stories of camping in vans and recreational vehicles via photography and video on various social media platforms.

Vanlife, and other hashtags like ‘homeiswhereyouparkit’, have a theme of minimalist, laid-back living in modified mobile camping vehicles, which has become a popular trend as domestic travel continues to thrive in Australia. 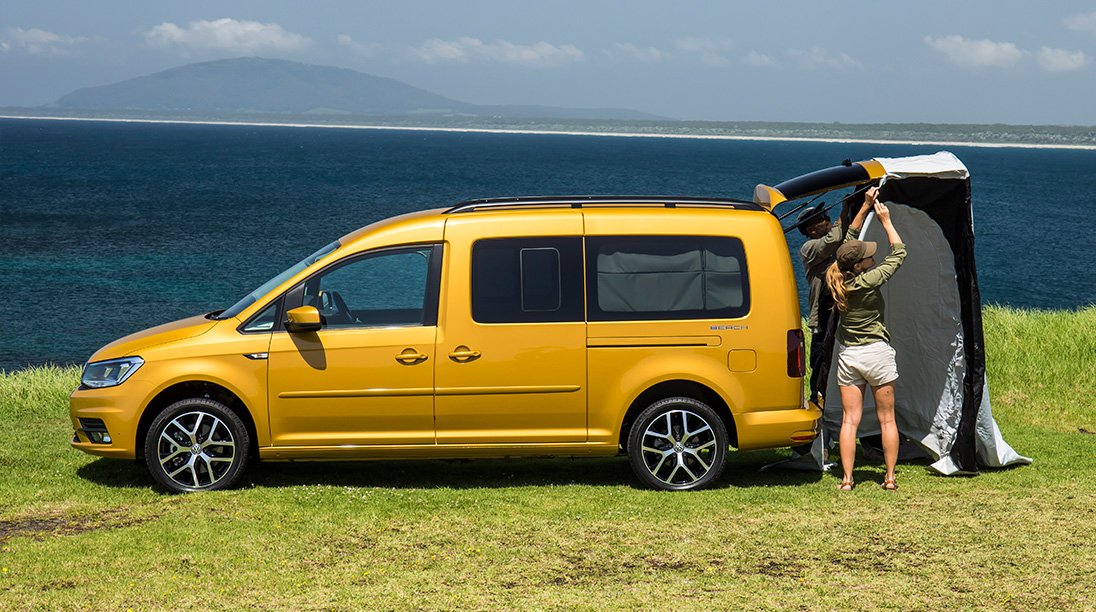 Speaking at the launch of the brand’s latest camper, the Caddy Beach, Volkswagen Australia national marketing manager Nick Reid referred to the vanlife culture as a “phenomenon”.

“I see a similarity with what happened in the nineties with the sea change where people wanted to move from the big city and dreamed of living on the coast, and then in the 2000s we saw the tree change where people moved west to chase a different lifestyle,” he said.

“But now we have something which is really a phenomenon, driven by social media, the vanlife.”

Mr Reid pointed out that Volkswagen has a rich history of camping, particularly with its Kombi van which launched in 1950, claiming that the brand had a hand in starting the vanlife trend.

“If you look at the vanlife posts they are quite often focused around Volkswagen vehicles,” he said.

“Camping is part of the Volkswagen DNA, and I like to think that we started vanlife.

“The Volkswagen, we think, has inspired generations to get out and about, explore the countryside, and feel the kind of freedom you can’t get in the big city.”

According to Mr Reid, the @vwvanlife Instagram account, which has been live for a few weeks, will be used to connect with its customers and prospects, rather than as an advertising tool.

“What we want to do in Australia is get the movement going for our owners, so we’ve created the VW Van Life page on Instagram,” he said. 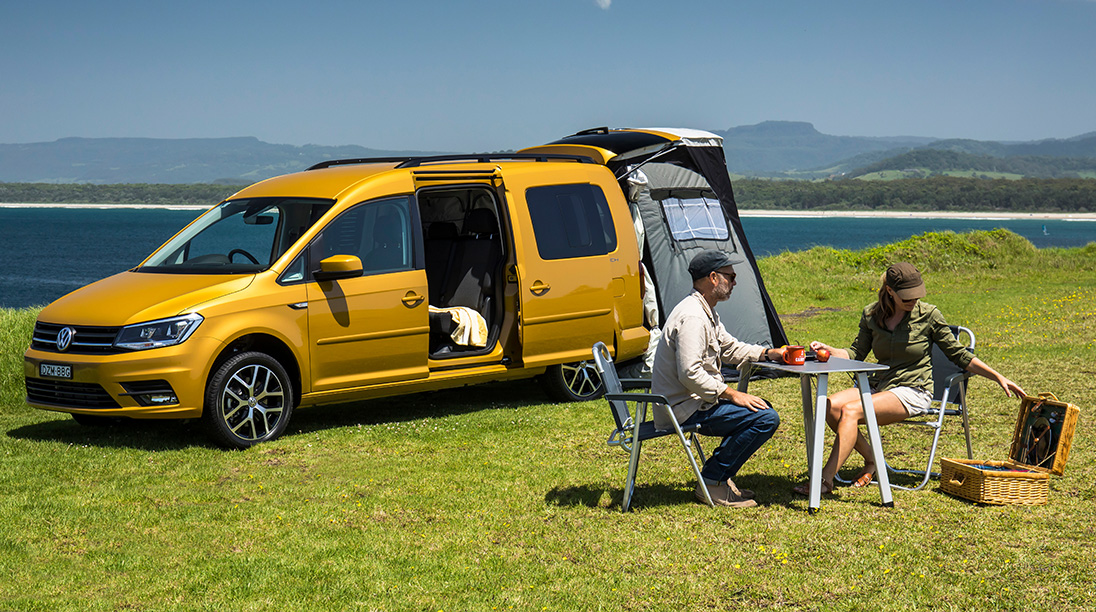 “This is a platform, not an advertising platform, for our owners and prospective owners to share their stories about their Volkswagen experiences in Australia.

“It’s something we are committed to, and something that fits so naturally with our brand.”

Mr Reid explained that the domestic travel industry is on the rise, with 66,611 active motorhome and 612,767 caravan travellers in Australia alone.

“Australians spent $135 billion on domestic travel in 2018, which is eight per cent higher than the previous year, so Australians are travelling more, within the country,” he said.

“On average, Australians spend 52 million nights caravanning and camping in Australia, and within that, 7.1 million Australians stayed in a caravan park to visit in 2018.

“Interestingly, 47 per cent of the travellers are aged between 30 and 54, so quite often there’s a perception that domestic camping and caravanning is driven by the grey-nomad market, though there is also a trend for younger, more well-to-do Australians regularly visiting caravan parks.”

The Volkswagen Caddy Beach is now the most affordable production camper on the market at $46,990 driveaway, which comes equipped with all the essential items for domestic travel.

Based on the Caddy Maxi TSI220 Trendline, the Beach adds features like a fold-out bed, walk-through tent at the tailgate, two folding camp chairs and table, tray tables for rear passengers, window curtains, a rechargeable torch and four storage bags for the rear side windows. 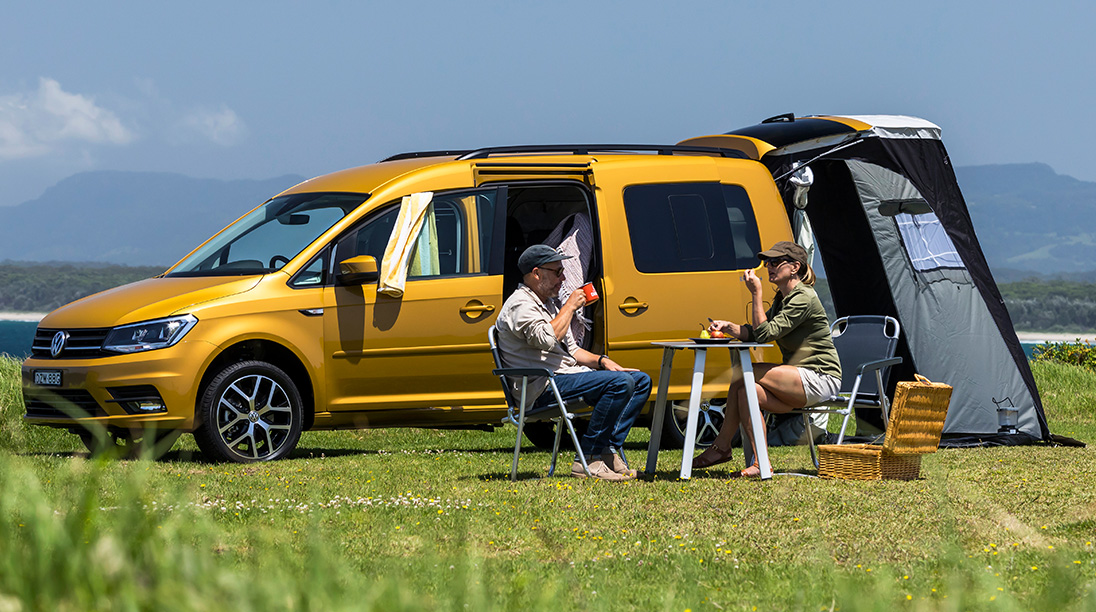