Who topped the car league?

IF TASMANIA was a car company, as a car brand it would have been front and centre in four AFL premiership games in front of 100,000-plus people at the MCG and millions in TV land and would have been seen to have partnered three premiership wins in a row for only the fifth time in AFL history.

As it is, Tasmania is the lead sponsor of Hawthorn and there is not a car company brand to be seen on the jerseys of the mighty Hawks.

Mysteriously, until Audi recently stepped up to sign a $1 million deal for 2016, car companies have left Hawthorn alone which is curious given its domination at the top of what researchers, Roy Morgan, once called the Automotive Football League.

Car companies or dealers dominate the AFL with both major and minor sponsorships.

Of the 18 AFL sides, 15 are sponsored by car companies or dealers. Sixteen if you count Audi for next year. Of these, just two are third tier. Fremantle has a tier-three sponsorship from Perth dealer DVG Hyundai and West Coast has a dealer-related tier-three sponsorship from Toyota. Both these minor sponsors saw Fremantle win the home-and-away premiership with West Coast second. 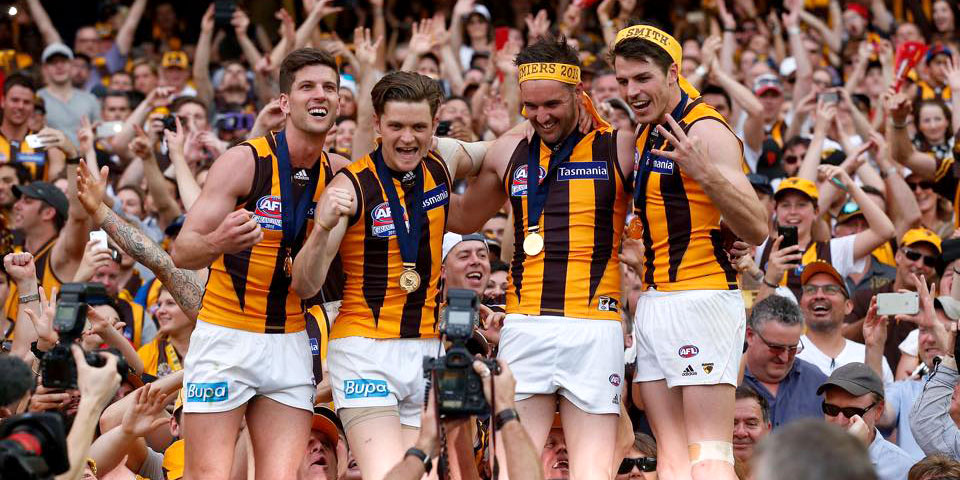 Now the finals season is done and dusted it is time to look at the final Automotive Football League sponsorship table for 2015.

Mazda came highest of the tier-one sponsors (see table) through its longstanding association with the North Melbourne Kangaroos. The Kangaroos just scraped into eighth position (and the finals) at the end of the season but a successful finals series, in which they came equal third with Fremantle, put them at the head of the mainstream automotive sponsor list.

Toyota (Adelaide) was equal second with Volkswagen (Sydney) after the finals, with Jeep (Richmond) fourth on the Automotive Football League table for 2015.

With the fortunes of teams waxing and waning during 2015, AHG, Australia’s largest dealer group, saw its backing of Melbourne improve as the team lifted from the bottom of the ladder to 13th but Holden, which is a tier-two sponsor of Collingwood and has just signed a $3 million deal to replace Westpac as the lead sponsor of the Magpies, saw Collingwood’s fortunes wane this season. Hyundai, which sponsors both the Brisbane Lions and Carlton, finished at the bottom of the ladder.

In the NRL, the biggest sponsorship winners are the North Queensland Toyota dealers whose Toyota logo was front and centre – and huge – on the team jerseys of the victorious Cowboys. These will feature across North Queensland television and other media for months to come and will drive a huge payback for the dealers’ sponsorship funding.

The sponsorship deal was a joint venture between the FNQ Toyota dealers and Toyota.

Compared with AFL, the NRL is a veritable desert of automotive sponsorships. Of the 16 NRL teams only six are sponsored by auto brands and three of those are third-tier sponsors and the fourth is the Cowboys’ Toyota dealer group sponsorship. 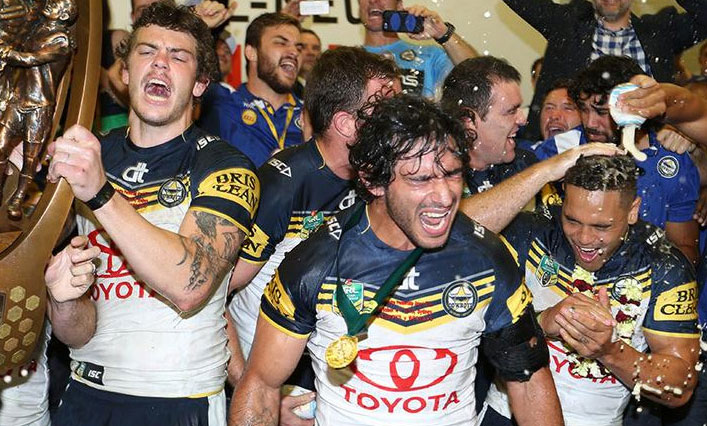 The Brisbane Broncos, which came second in the competition for the year, does not have a main auto sponsor although Hyundai is a Broncos tierthree sponsor.

The best-performing car brands as main sponsors were Suzuki (Melbourne Storm) and Peugeot (Sydney Roosters) which came equal third after the finals rounds. Jeep, the only other main auto sponsor of an NRL club, came equal seventh for the year.

Automotive marketing expert Bob Miller told GoAutoNews Premium this week that sponsorship can be wasted unless you get your marketing department behind it to work at generating sales.

Professor Miller was in charge of marketing strategies and spending at Toyota Australia for seven years. He is now a professor at Macquarie University where he teaches marketing in the Faculty of Business and Economics.

He said that the public do not attach much kudos to car companies for supporting a football club.

“I think they just take it for granted that someone, some giant organisation somewhere, tipped in a lot of money. Now having said that, it’s always going to be down to the marketing department as to how strongly they can use that to support a sales push,” he said.

“Obviously, a wise marketing director is going to link a lot of the activity to sales. ‘We’re having a grand final sale’ or ‘We’re out kicking goals’.”

He said the opportunity in North Queensland is huge for the Toyota dealers on the back of the Cowboys’ win.

“I wouldn’t be surprised if in there somewhere there is a bit of support (for the dealers), maybe in terms of television advertising. Toyota would be kicking in somehow,” he said.

“They might say, ‘What a good time to clear the inventory up there, let’s get rid of everything, and we’ll help you (the dealers) with that.’ That’s just one way. They might buy a package of TV time, and whenever in the 10,000 times the TV repeats the glorious win are shown, we’ll have an ad in it for you.

“It would make sense, because it localises it. See up there they are very parochial, Toyota’s just from some place way away you know? Whereas the dealer is in each town, and they are part of their lives.”

Footnote: Toyota has been the AFL’s premier partner since 2004 and dominates all games and grounds throughout the season and especially the finals with Toyota collateral. The partnership was extended in 2014 until the end of 2016. The previous sponsorship deal (2011-2014) was estimated at $7-8m per year, making it the largest sport sponsorship in Australia. Toyota used the 2015 Grand Final to release its new HiLux ute. 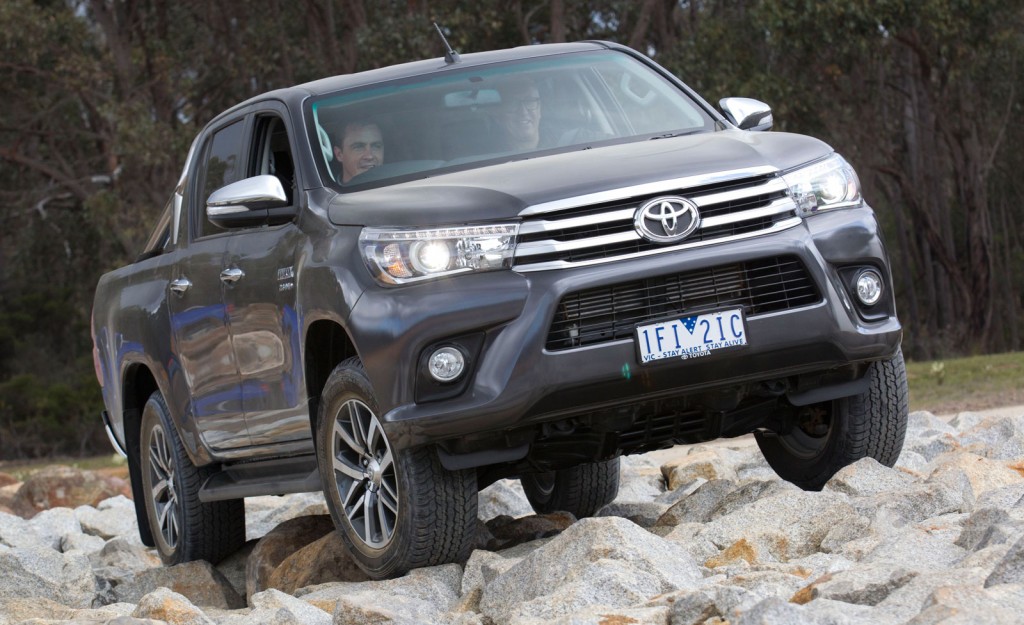