LISMORE-BASED mechanical engineering student Mitchell Mahnken has recently become only the second Australian to complete a prestigious internship with Mazda Corporation in Japan, immersing himself for two weeks in the design, technology and history of Mazda as well as experiencing and embracing Japanese culture.

The internship involved developing an understanding of Mazda proceedings from an engineering perspective, such as the mechanics of its SkyActiv powertrain and chassis technology and Kodo design language. 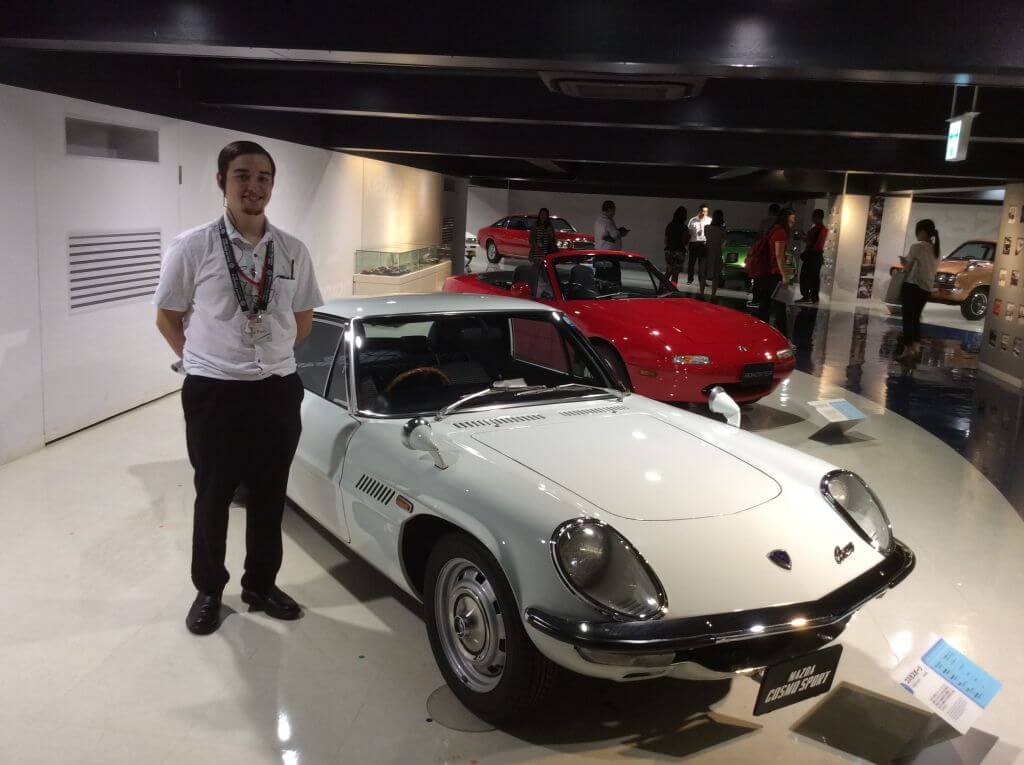 All smiles: Mazda internship winner Mitchell Mahnken gets a look at the Mazda Cosmo Sport at Mazda HQ in Japan.

Mr Mahnken also learned about Mazda’s tech and design history and was brought up to speed o the company’s technological and mechanical future plans, while improving his understanding of mechanical engineering, particularly in relation to Mazda’s famous rotary engine.

The opportunity to become only the second Australian intern in the Mazda program came about at Southern Cross University (SCU), where Mr Mahnken studies.

The initiative was started by SCU Japanese teacher Tazuko McLaren, who is a member of Japan-Australia Society in Hiroshima, an organisation that aims to strengthen ties between the two nations.

Ms McLaren contacted Mazda Corporation general manager of global sales and marketing Yasuhiro Aoyama, also a member of Japan-Australia Society in Hiroshima, and then approached the society requesting that Mazda accept a student from SCU for the internship. 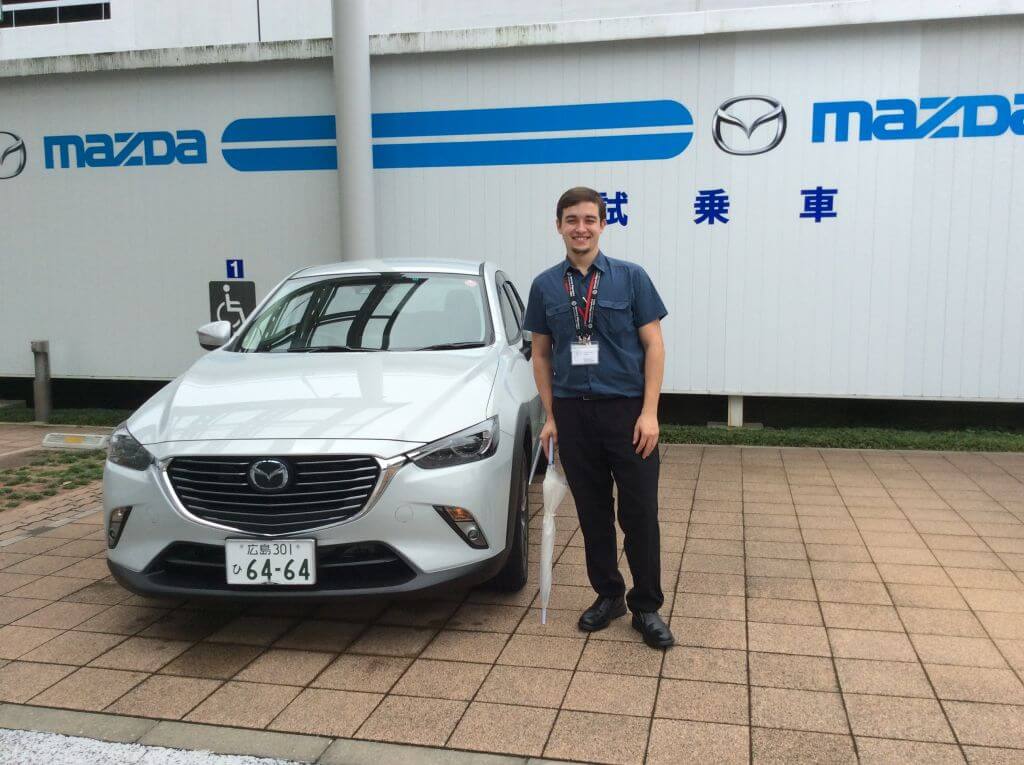 “This started as a request from a member of the Japan-Australia Society in Hiroshima, based on a special connection. At Mazda, we don’t have an internship program for other countries or overseas-based universities, but we treated this as a special case,” she said.

“The approach was made by Southern Cross University, which recommended Mitch given his interest in engineering. In this instance, Mazda was happy to offer the opportunity.”

Mr Mahnken said he thoroughly enjoyed every aspect of his two-week internship.

“It was awesome,” he said. “Everything from Japanese culture, being introduced to Mazda and then working for them was absolutely wonderful. I have no other words that can convey how much I enjoyed this experience.”

He said that he was impressed by the direction Mazda was heading with its engineering, and added that he learned about the brand’s engineering past to get a better understanding of where they’ve come from. 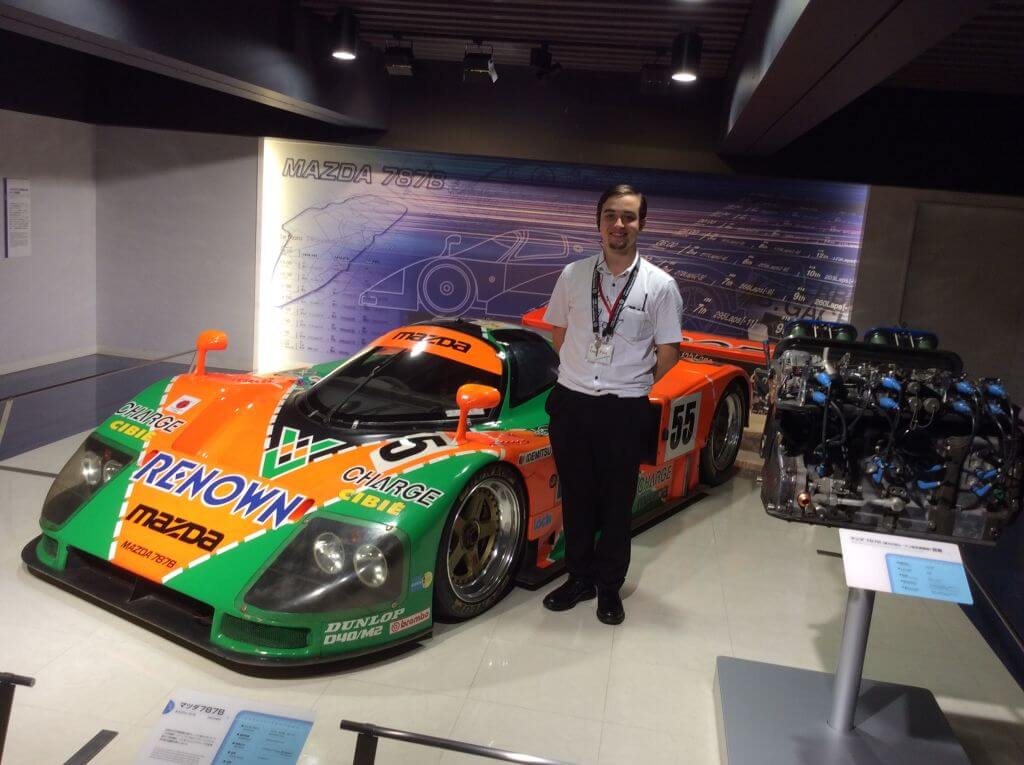 “In regard to where Mazda wants to go, the future looks phenomenal.”

As part of the internship, Mr Mahnken spent time with a number of departments, including brand strategy, business strategy, consumer insights, global sales planning, human resources, product marketing and ASEAN marketing and vehicle development, all of which fall under the umbrella of global marketing and sales division.

He also made a presentation to global sales and marketing division general manager Toru Nakajima focusing on his work assignment, which was titled “How to convey and promote ‘Jinba Ittai’ in the Australian market.”

Jinba Ittai is a Japanese phrase that originally referred to the connection shared between a horse and its rider, which Mazda now uses as a core concept for the relationship between the car and driver. 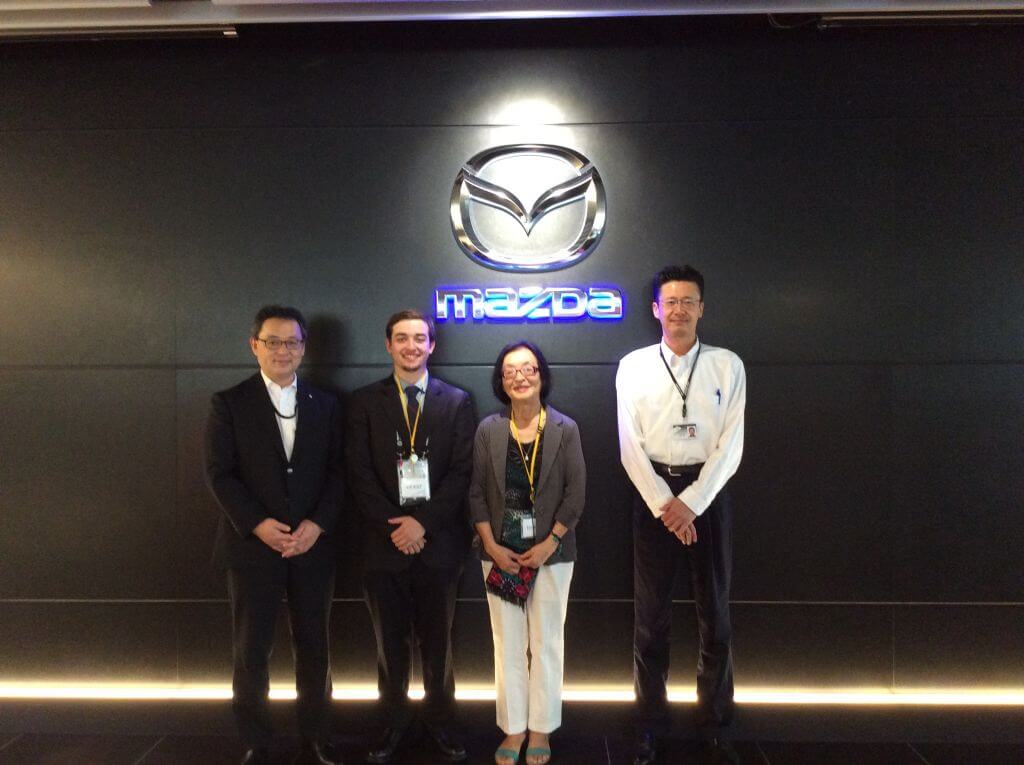 It would make sense for Mazda to focus on the Australian market in particular, as it is now the second-largest volume selling brand in Australia, with a 10.0 per cent share of market sales this year to the end of August.

Australia is the only international market where Mazda holds such a high market share, making it an example for other regions to follow in terms of achieving sales success. 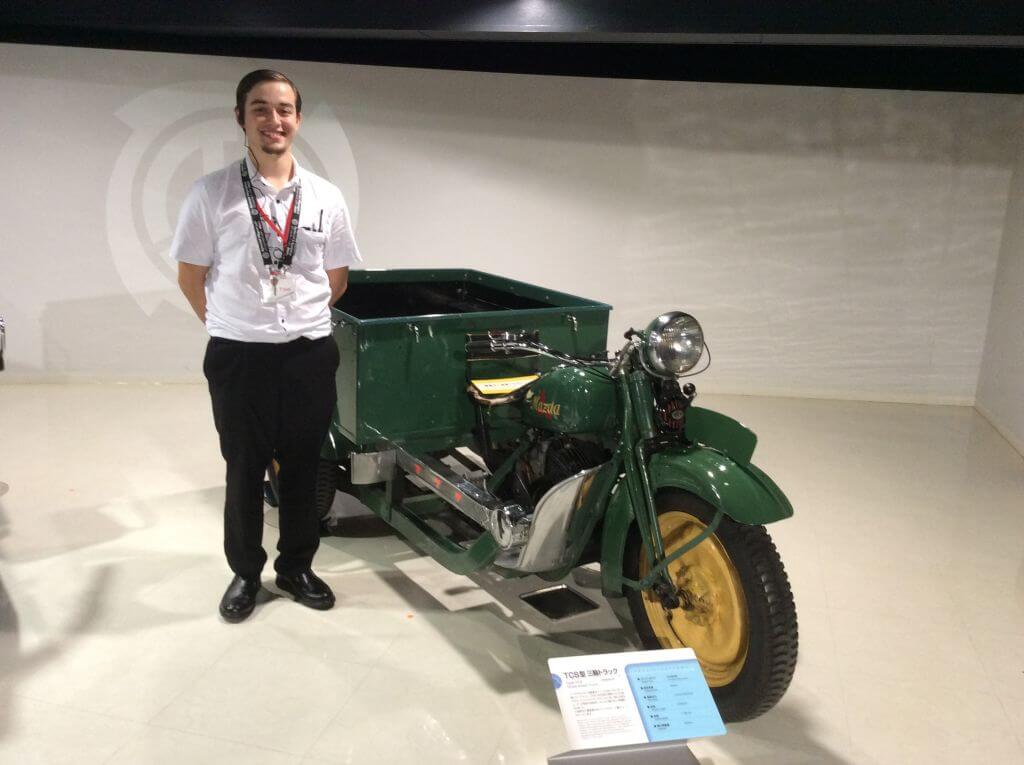