Declining sales, share in booming SUV class no concern for Ford as Endura draws near

FORD Australia will continue its current product strategy for its SUV line-up, despite a steady decline in market share while the SUV segment continues to grow in popularity.

When asked what was needed to improve SUV sales, Ms Hart said: “I think by continuing to bring product in that customers love and want, continuing to listen to customers and the Everest is a fantastic example of that. 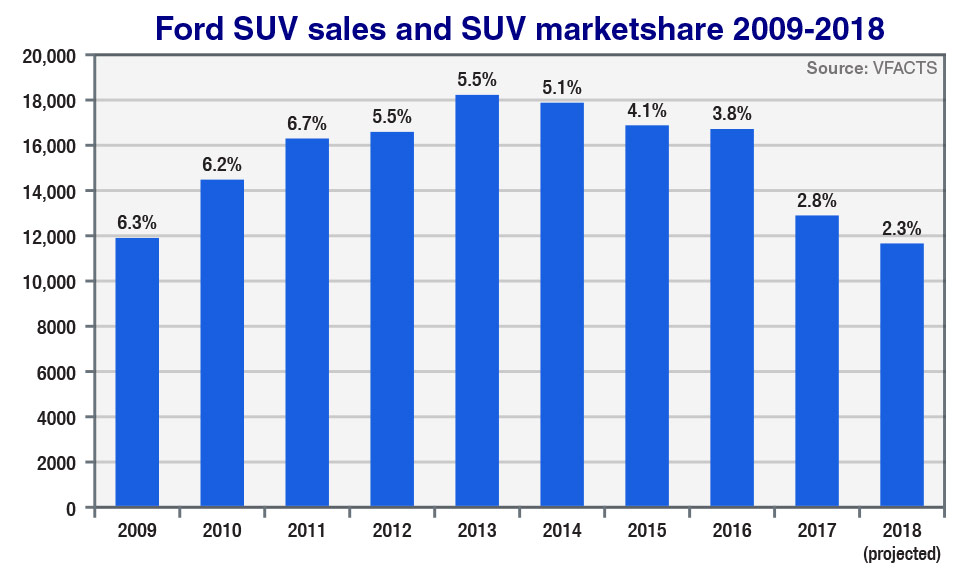 “So since we’ve launched and the enhancements you would have seen in this vehicle are really focused on giving customers what they’ve been asking for, so I would say a continued focus on that and continued focus on the breadth of line-up as well, which have now from small to Everest.

“There’s an obvious growth of SUVs in the Australian market …  so I think that that growth in terms of the market, it’s making sure you keep up with that, and you give customers what they’re looking for.”

Ford Australia’s SUV sales have taken a significant hit over the past two years, falling from 16,793 units in 2016 – the final year of production for the locally built Territory – to 12,982 in 2017, the company’s first full year as a full-line importer.

It has managed 6799 sales to the end of July this year, marking a 17.0 per cent drop on the same period last year. It now looks set to finish the year with around 11,500 total SUV sales. 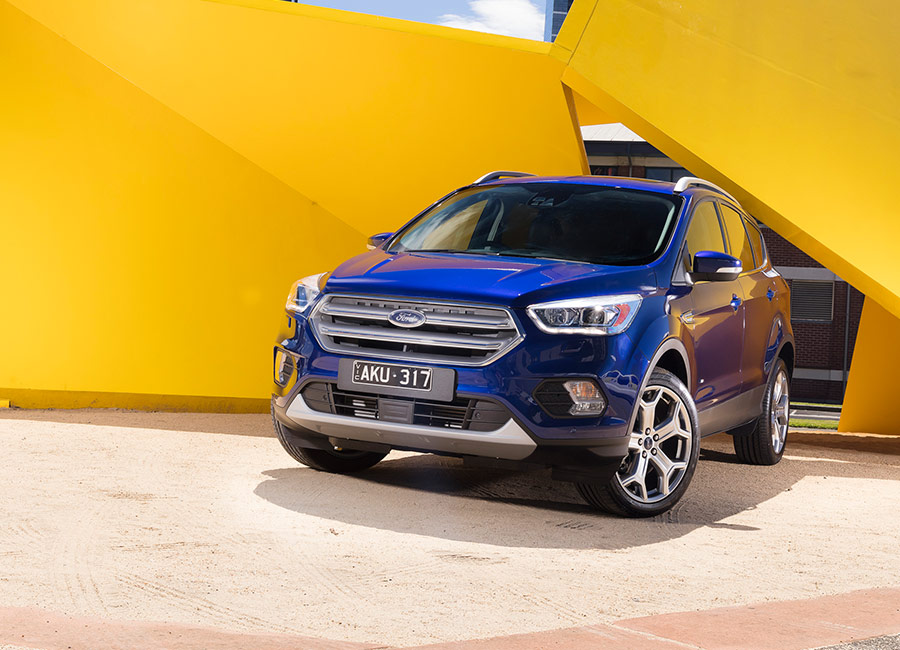 Smooth sailing: Ford Australia says it will keep focusing on customer feedback for its current SUV line-up, which has struggled to take advantage of Australia’s SUV appetite.

The juggernaut has rolled on into this year, with SUVs accounting for 42.7 per cent of all sales in the marketplace, compared to passenger cars on 33.7.

Territory’s discontinuation is clearly a big part of the equation, although its dominance had eroded over the years, finishing with 6928 registrations in 2016. Its best sales performance came in 2005 – its first full year on sale – with 23,454 registrations, more than Ford’s entire SUV portfolio has managed for any year this decade.

Intense competition in the market overall has also impacted Ford’s SUV share, particularly in high-growth segments such as small SUVs. 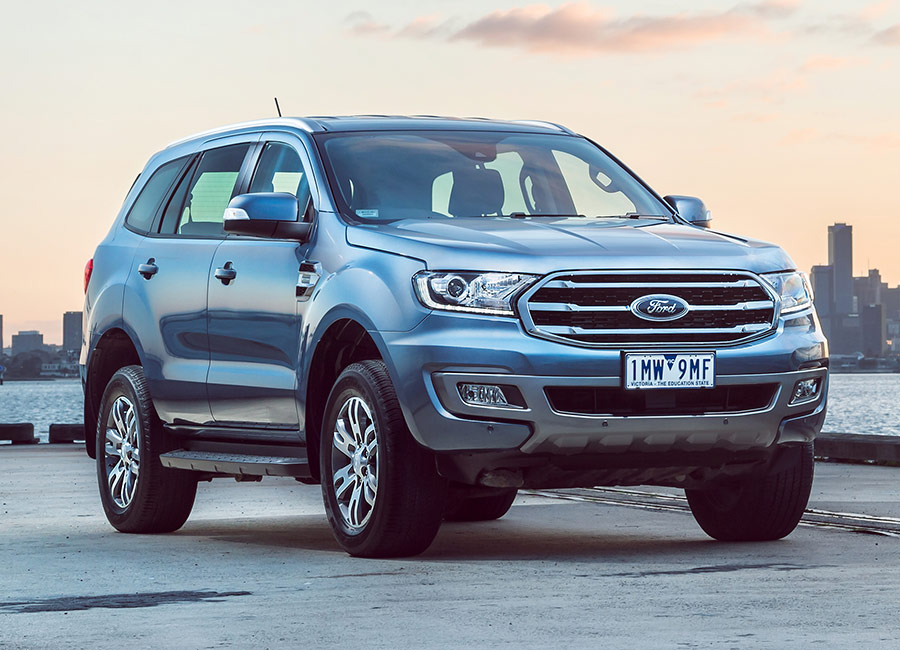 Ford’s current SUV line-up consists of the small EcoSport, medium Escape and large Everest, with the more on-road-oriented Endura set to be positioned alongside Everest before the end of the year.

Ms Hart said that once the Endura arrives, Ford Australia’s SUV portfolio will be complete, with no apparent gaps in the range.

Of its three current offerings, the Everest is the strongest performer this year with 3135 sales, up 21.7 per cent compared to the same point last year. It currently sits third in ute-based SUV sales behind the perennially strong Isuzu MU-X (5113) and Mitsubishi Pajero Sport (3827). 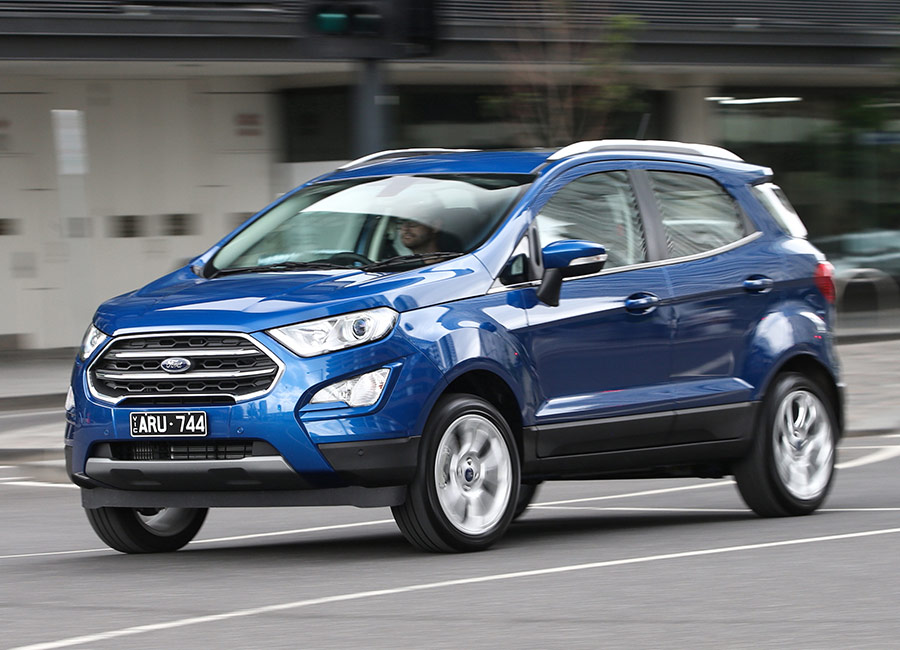 Ford attributed the climb in Everest sales to it gaining momentum after launching in late 2015, as well as introducing new five-seat and rear-drive versions in April 2017.

In April, Ford announced it would stop selling passenger cars in North America, however Ms Hart said that Ford Australia would continue to take the brand’s best global products, regardless of their segment.

“We bring product in from all over the world including Europe, so we’ve just announced the all-new Focus for Australia, so we can’t wait to get the product in; (we’re) fully committed to that product here,” she said.

“In Australia we take the best of Ford from around the world and you see that in the line-up here.”