Holden machinery under the hammer

THE online auction hammer comes down on the first lots of machinery from GM Holden’s engine plant tomorrow, barely 24 hours after the last V6 rolled from the line.

The liquidation of the factory assets is due to be wrapped up by the end of the year when buyers can come and take delivery of equipment that, collectively, is capable of turning out up to 960 engines a day on two shifts.

At Holden’s other plant – the Elizabeth car factory in South Australia – the sales deadline for assembly factory equipment, including production line conveyors, a transfer stamping press and paint booth, is November 24 next year, which gives an indication of when Holden is planning to halt production of its locally developed Commodore and derivatives.

The advertising blurb with the machinery says the equipment at Elizabeth will be available for collection by early 2018.

In all, the machinery at the two factories has been divided into 151 lots – 126 at Elizabeth and 25 at Port Melbourne. 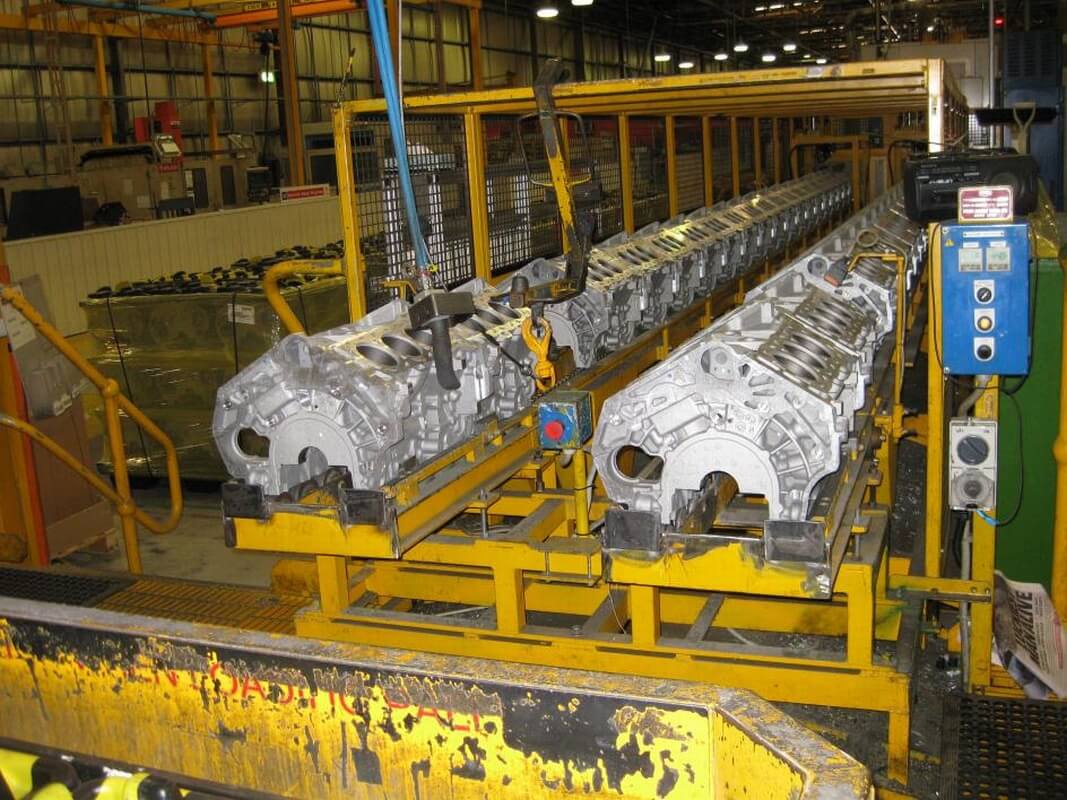 Over and out: Holden’s liquidation of its Australian manufacturing machinery steps up this week when the sales deadline for bids on the first items from Holden Engine Operations kicks in on Wednesday.

No prices are listed for the various lots, with each being subject to sale by “private treaty” in Australian dollars.

This machinery cost hundreds of millions of dollars when installed, mostly in the early-to-mid 2000s ahead of the introduction of the VE Commodore in 2006.

However, with global manufacturers increasingly favouring four-cylinder, hybrid and – towards 2020 – electric powertrains, the depreciation on much of the equipment, especially the V6 engine line, could be massive.

The $400 million Holden Engine Operations plant was new from the ground up when it opened in 2003, turning out V6s not just for Holden but also for overseas customers including Saab, Opel, Alfa Romeo and GM Thailand.

It would be somewhat shop-worn now, having churned out one million engines by 2014.

More than 10 million Holden engines have been built by the local company since 1948 when it started making the 2.15-litre six cylinder ‘grey’ engine for the original 48-215 ‘FX’.

Holden recently has been stockpiling V6 engines for its Elizabeth plant to tide it over until the end of vehicle production in the third quarter of 2017.

According to the spiel on machinery sales specialist website DoveBid, the V6 engine line can produce 960 engines a day on two shifts.

The machines include a cylinder block line, crankshaft line and cylinder head line, as well as the main V6 assembly line.

Some of the main pieces of V6 plant have a December 31 sales deadline. 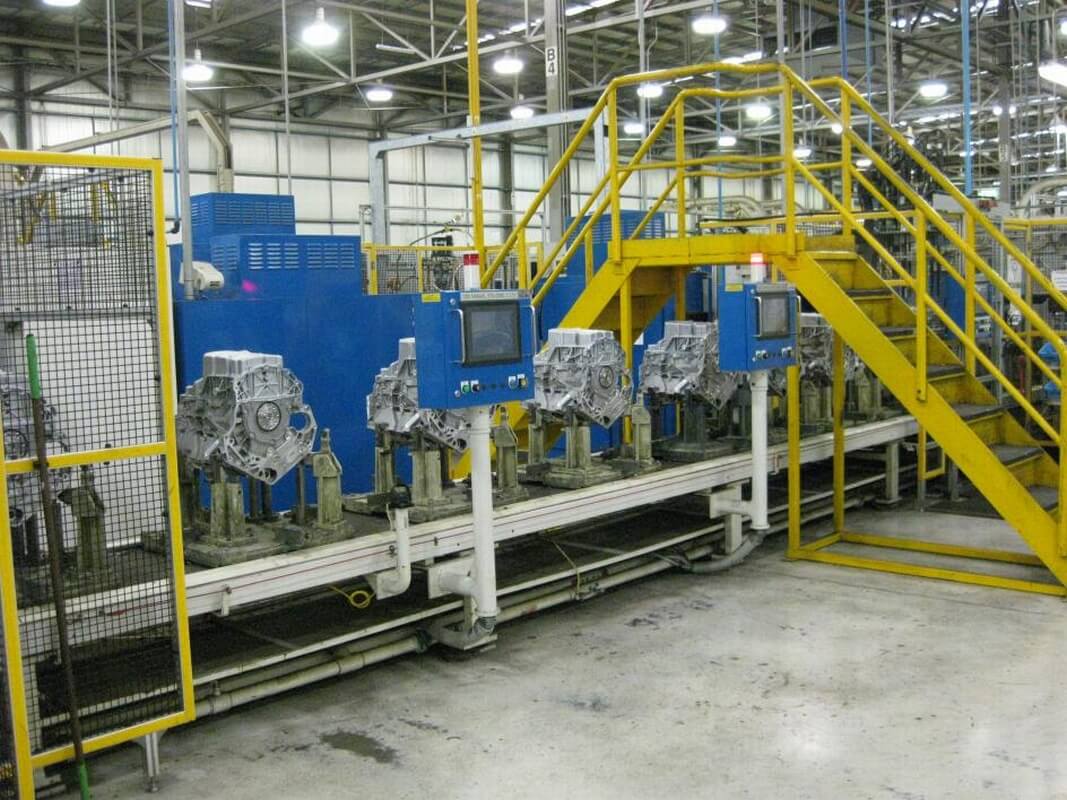 The sale does not include the factory building that sits on more than 37 hectares of land sold by Holden for $135 million to the Victorian government for a huge Fishermans Bend urban renewal project that will include a new innovation industry precinct.

The future of the huge Elizabeth plant on the northern outskirts of Adelaide is less clear, apart from the fact that it will be gutted of machinery.

The items for sale there range from relatively small pieces such as injection moulding machines to the monstrous Hitachi Zosen six-station transfer press that shapes steel panels for the locally built cars.

It even includes a big automated storage system to stockpile these parts until needed on the assembly line, as well as a 130-metre-long “moving car” production line conveyor – the big travelator that shifts the part-built cars from station to station along the line – complete with Atlas Copco guns, side racking and trolleys.

Robotic welding machinery for body assembly is included in the sale. This fully automated system first produces side and other assemblies and then brings them all together to form the car body.

This flexible system can produce a variety of body shapes, including sedans, wagons and utes. 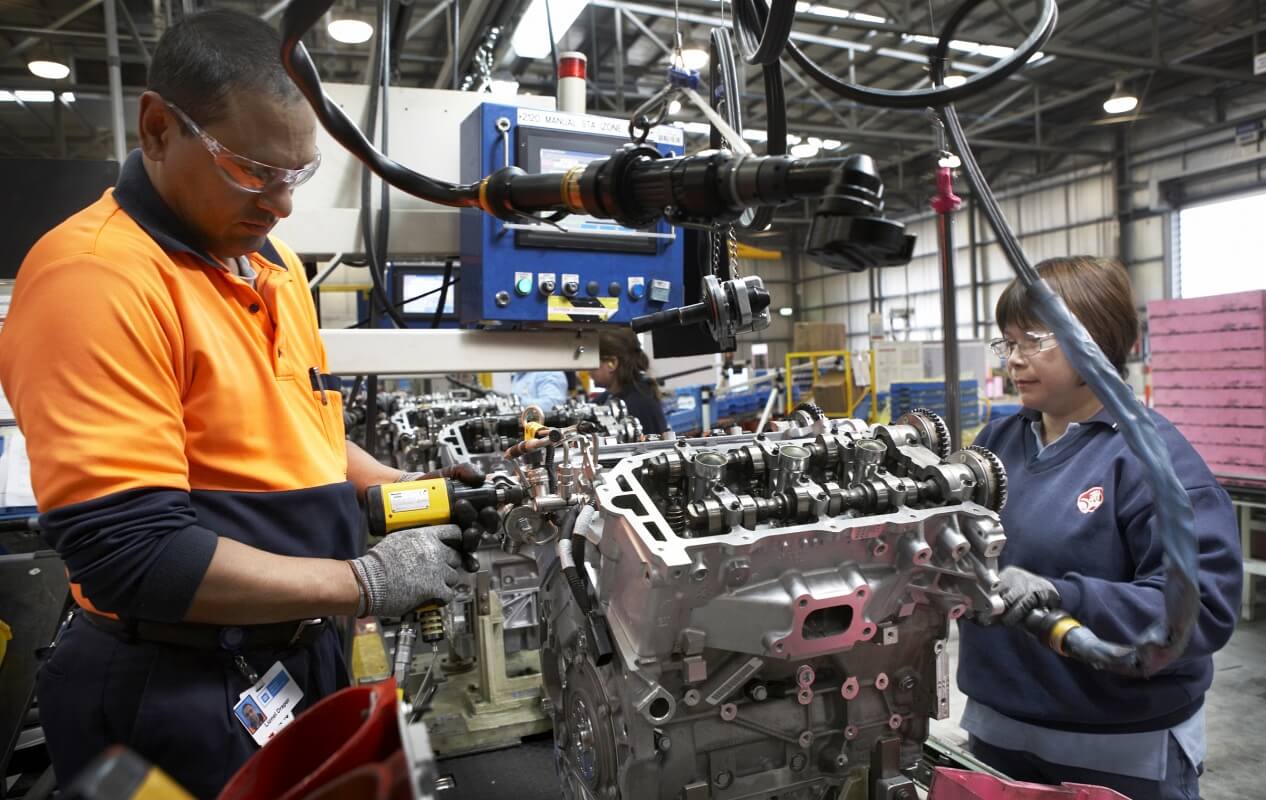