SUVs and small cars have largely driven increased advertising expenditure in the second quarter of 2017, while the overall automotive category grew its ad spend by 6.1 per cent in the same period to just over $273 million according to data from Standard Media Index (SMI).

Reflecting the popularity of SUVs, the category grew its ad spend by 86.1 per cent to $41.4 million in quarter two, 2017 compared to the year before, while the small-car category jumped 17.4 per cent to $20 million in the same period.

The largest decrease in ad spend in the automotive category came from dealerships which showed a decline of 27.8 per cent to $21.9 million. Others to see less spending included medium and large cars down 26.3 per cent to $9.7 million, and auto insurance down 6.5 per cent to $32.2 million.

The auto brand and sponsorship category was the automotive sector’s largest in the second quarter this year with an ad spend of $106.1 million, an increase of three per cent over the previous corresponding period. 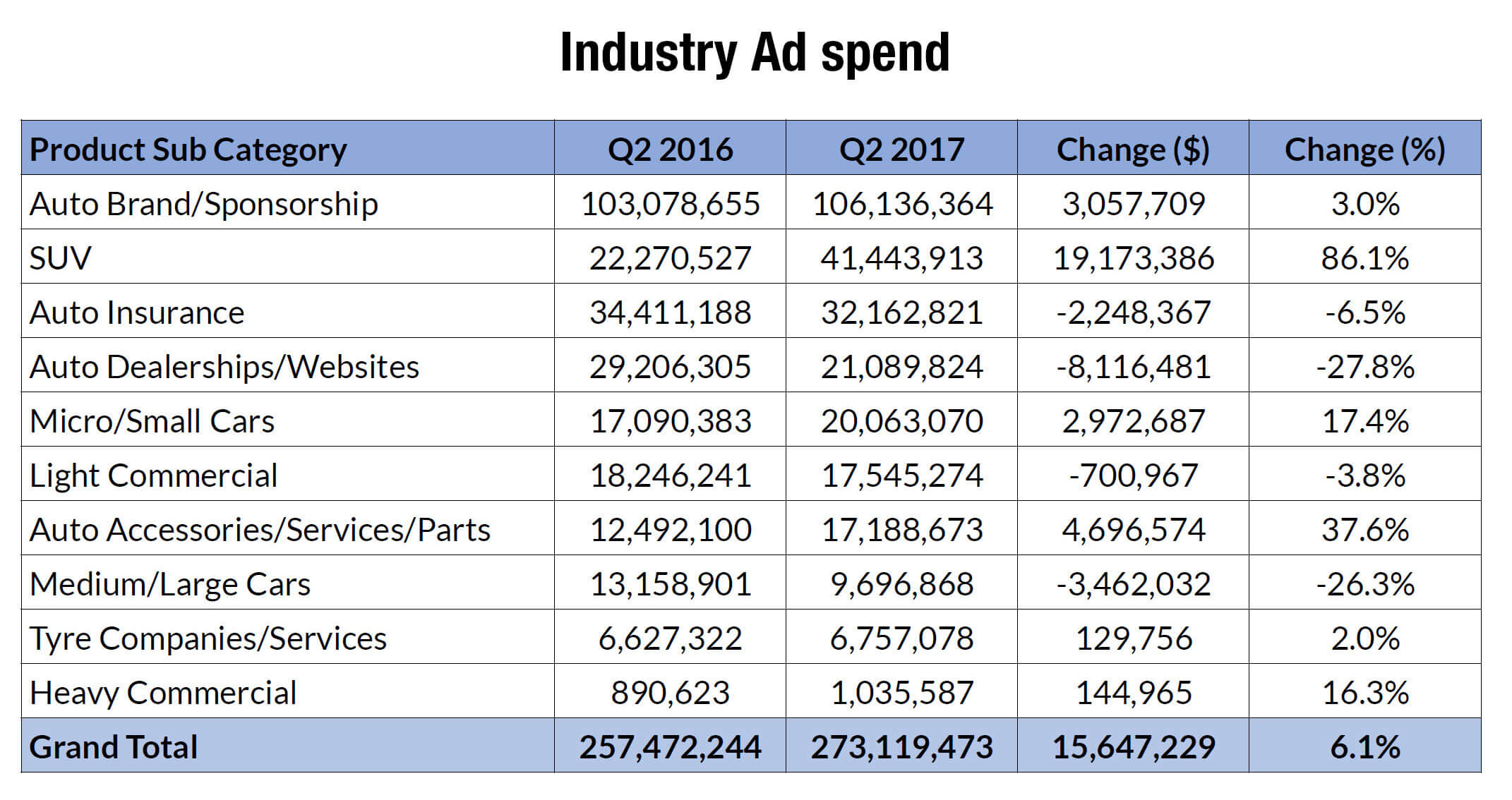 SMI collects actual advertising payments from Australia’s major media agencies and as such has real ad spend data for some 126 product categories, including automotive, which is the largest product category.

SMI’s exclusive data provides the only ad spend data in never-before-accessible sectors such as Search and Social Media. This new data gives advertisers their first view on whether their investment into these Digital key sectors over or under indexes relative to their competitors.

According to SMI Australia and New Zealand managing director Jane Schulze, “The automotive category’s ad spend continues to trend higher than other product categories, according to our data, particularly in media channels such as television, digital and radio”.

“The large increase in advertising investment by automotive brands could be the result of Holden and Toyota’s decision to end car manufacturing in Australia, which is seeing a lot of that spend being redirected into marketing,” Ms Schulze said. 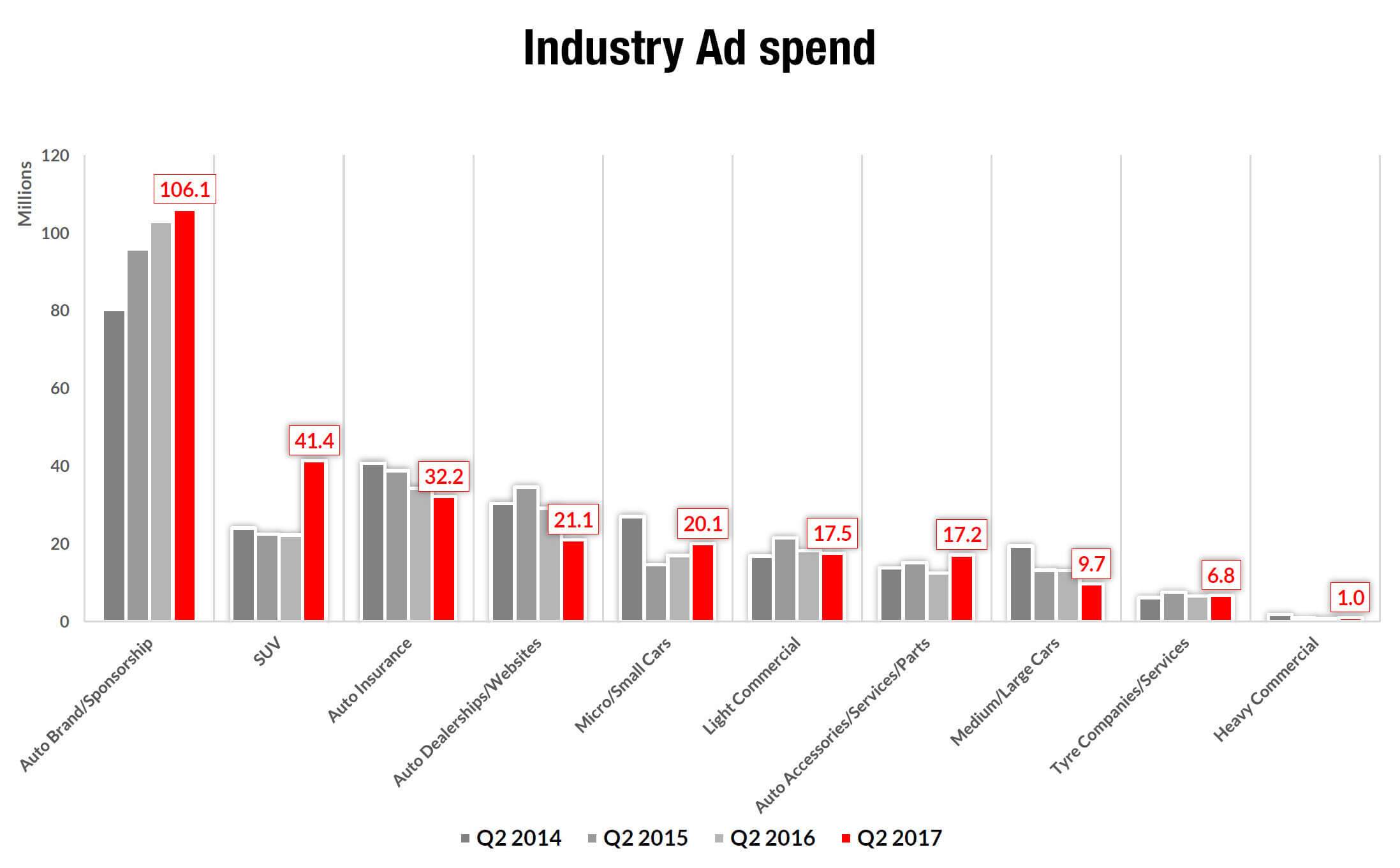 “Interestingly, the growth in SUV ad spend is going to digital advertising, television and outdoor, while auto insurance spend has declined in all digital channels except video and social sites.”

For Australia and the US, television is number one media channel for advertising expenditure, however in the UK, digital channels dominate.

In the full 2017 financial year, Automotive Brand advertisers increased their advertising expenditure by 7.1 per cent to $756.4 million.

Australia’s ad market has delivered its fifth consecutive year of record financial year ad spending in 2016/17 to reach in excess of $7.1 billion. 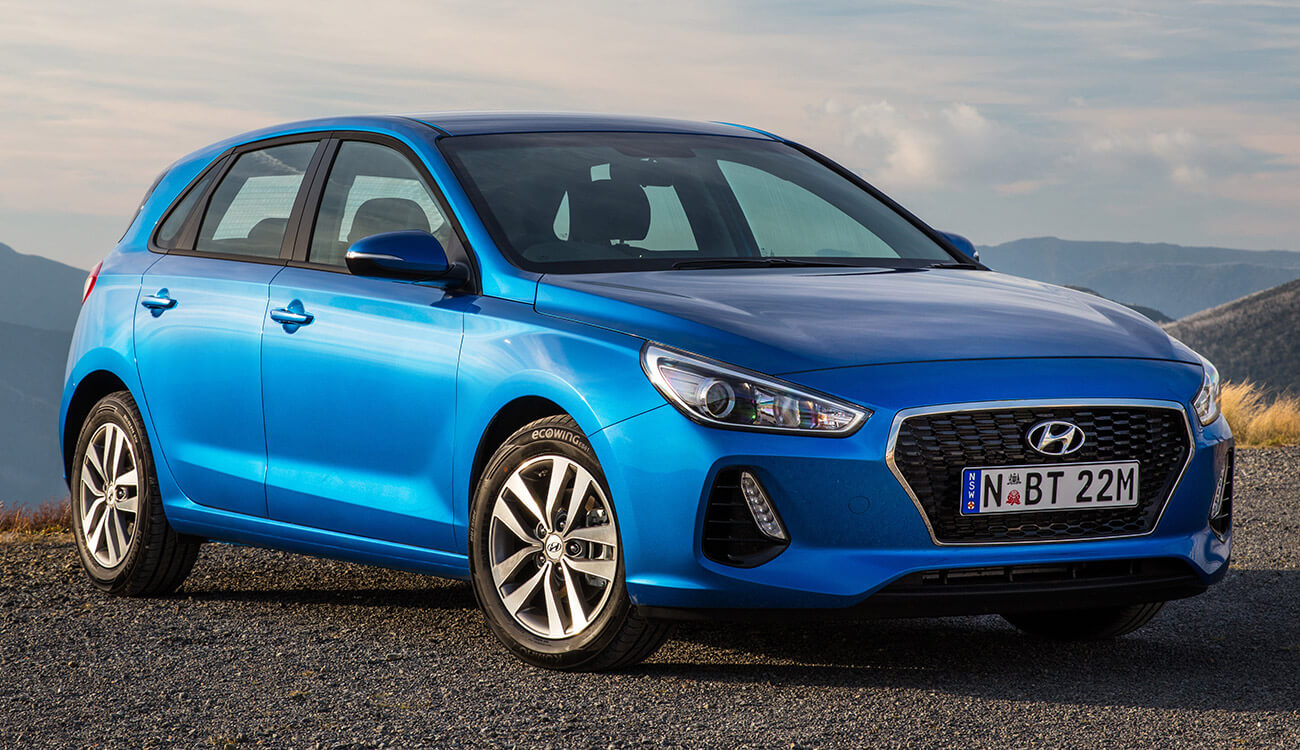 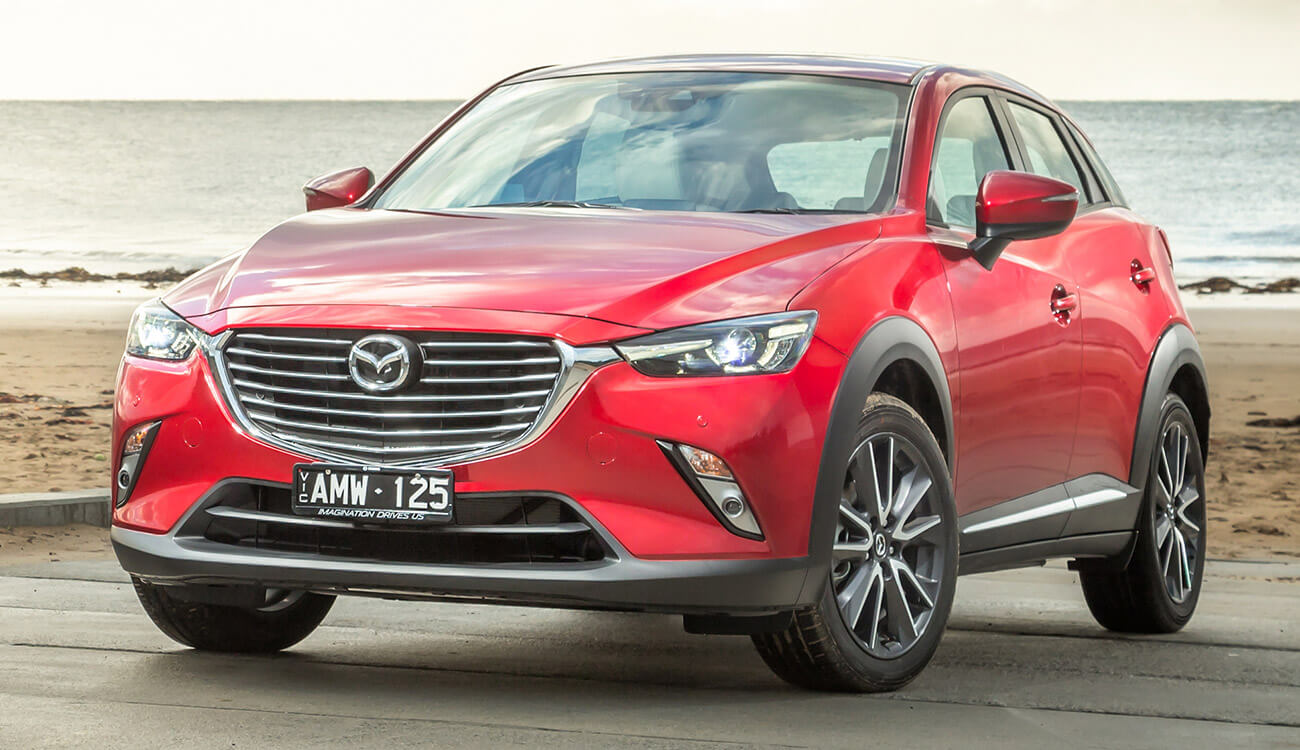