HYUNDAI claims the new Ioniq range of electrified small cars will not lose money in Australia, despite the low take-up rate of plug-in hybrid and electric vehicles in this market.

After being initially offered to fleet operators, Hyundai Motor Co Australia (HMCA) has now launched the Ioniq to private buyers through its national retail network, with the full-electric version positioned as the cheapest EV for its size and specification ever offered in this market, priced from $44,990 plus on-road costs.

The plug-in hybrid variant costs even less, starting at $40,990, while a conventional hybrid is also available from $33,990.

HMCA chief operating officer Scott Grant told GoAuto at the Ioniq’s launch in Brisbane this week that the company intends to return a profit on every model it offers.

“We have minimal margin, just slightly above breakeven, as it’s a highly competitive market from a pricing standpoint,” Mr Grant said.

“But, equally, these kinds of products are very expensive, so it’s very difficult to import them in a traditional way. So we’re accepting a lower margin that is normal.” 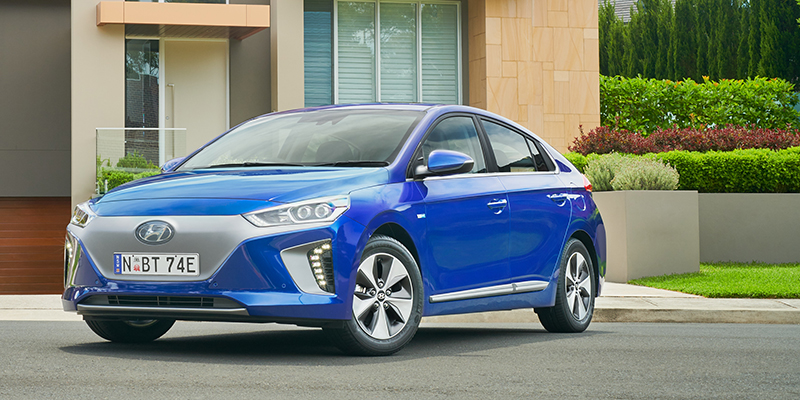 Tidal wave: Hyundai Australia says momentum is building for electric vehicles, which it now offers with the Ioniq Electric (left) and will soon bolster with the Kona Electric (below).

Mr Grant also rejected the notion that the Ioniq has been forced on Australia from head office in Seoul, adding that the brand is anticipating a surge in EV consumer demand over the next decade on the back of rising petrol prices, concern for environmental issues and a massive increase in the availability of EVs across the board.

“In no way are they being forced upon us at all,” he said. “It was part of our planning process, and as I’ve said already, we feel from a political, from an environmental and from a consumer standpoint, there is more interest now than there was, say, three years ago, more interest than there was five years ago and so on.

“We think these things are developing, but there is EV momentum building, and as I’ve mentioned, all the while, whilst the market and environment here is developing, there is this global investment, so we have the opportunity to pull the product in, and that’s what we’re doing in this occasion.”

VFACTS figures (which do not include Tesla models) show that a record 1149 full-electric and plug-in hybrid electric vehicles have been sold in Australia to the end of October, up 25 per cent on the same period last year.

Private buyers account for less than half (44.3%) of these sales, but the private cohort is steadily increasing with volume up 12.4 per cent compared to last year.

Although accounting for only a fraction of total industry returns, electrified vehicle sales – which include regular hybrids at 10,983 units YTD – are also building momentum as new models come to market and, for the plug-ins, home and public recharging infrastructure and services ramp up.

Among several key models to reach Australia next year will be Hyundai’s Kona Electric small SUV, which will arrive soon at a price that could start below $50,000 and, according to Mr Grant, will have the right packaging as well as market positioning to really resonate with Australian consumers. 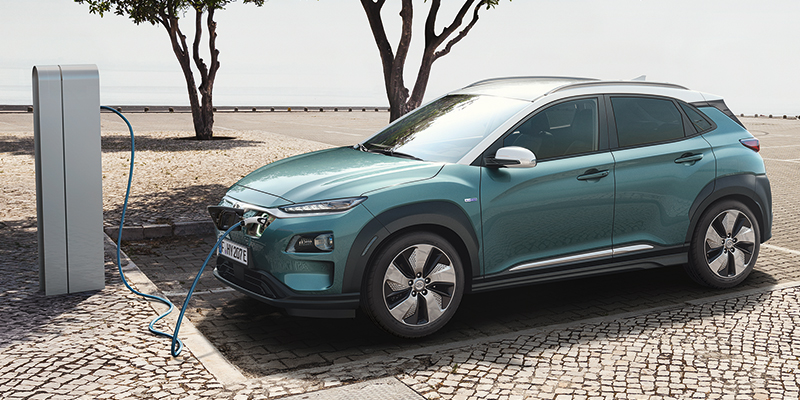 “Kona Electric will be higher volume, we believe, although volume is almost impossible to predict,” he said.

“The reason for Kona Electric is that the small SUV class is the fastest-growing segment in the market.

“It needs a blend of form and function and utility that an SUV can generally provide. If we then can whack into it a powertrain that gives a completely different experience from a range of points of view, then there’s an opportunity to create a point of difference versus the competitors.

“So, yes, it’s a growing segment, and, yes, the environment and technology and other issues are still emerging. But we thought, ‘Yes, let’s have a crack at that.’

“And because the product has been developed for other markets, we can pull it in when we need to, and so we’re going to do that.”

HMCA’s dive into green-car diversity reflects a strategy that offers consumers choice rather than simply one powertrain offering.

This is a key point of difference compared to what Nissan tried to achieve unsuccessfully with the original Leaf sold in Australia between 2012 and 2016, as the EV failed to make any sort of meaningful impact in this market. 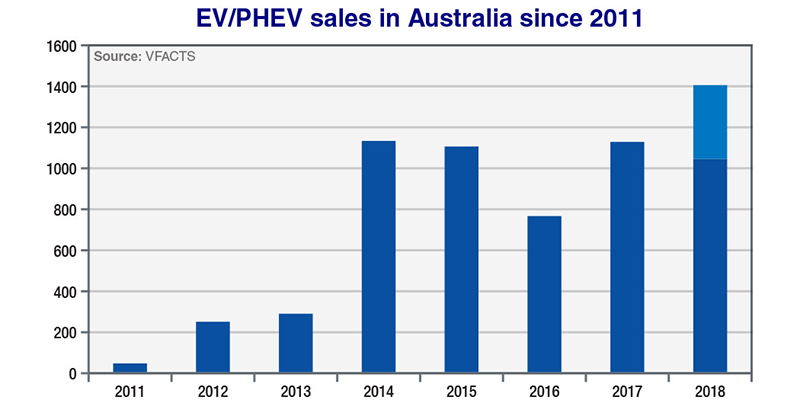 Nissan is trying again with the second-generation version now due mid-2019, although it will again only be offered as a single variant initially.

“We really believe that we want to provide consumers with options based on their circumstances and their needs,” Mr Grant said.

“And that’s in form, function, powertrain, cost, these kinds of things – we want to be able to provide options.

“We don’t want to say, ‘If you’re an environmentalist that’s the product for you.’ We want to say, ‘You’re a mum and dad with two kids, or you’re an empty-nester, or you’re this and that with form and function different requirements, and we’ve got products for you, and you can consider different powertrains depending on your persuasion, cost structure and thoughts and beliefs.

“I think we’re really on the cusp of something interesting from an industry point of view and from a technology point of view, to be able to deliver electric products, plug-in hybrid products and hybrid products (though they’ve been around for some time) and a bit beyond that, fuel-cell. It’s quite an exciting time.

“We have the opportunity now and it’s real, and it’s here … that we can move this industry in a new direction that is quite inspiring.”

Mr Grant added that HMCA is leveraging the might of its giant multinational parent in order to help push for real change in the Australian automotive industry.

“For us, we benefit so much that we have a forward-looking global parent who is developing these technologies and working on these kinds of product innovations,” he said.

“Primarily, yes, for other markets, but as they’re being invested in, we have the opportunity then to pull them into our market when it makes sense. At the moment, we thought, ‘Let’s tease the market and bring in some products and have a crack.’”

While HMCA would not specify its sales targets, the company expects the Electric variant to account for half of all Ioniq sales, followed by the Plug-in at 30 per cent share and Hybrid at just 20 per cent of total demand, despite being the cheapest in the range.