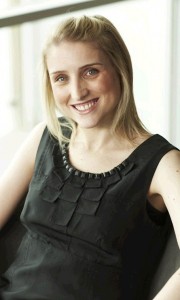 Missed: Subaru’s Alicia Cannon was known for her bright personality and can-do attitude.

TRIBUTES are flowing for Subaru Australia passenger vehicle marketing manager Alicia Cannon, who died this week after a long battle with illness.

Ms Cannon, 34, had worked with Subaru Australia for 11 years, joining the public relations team in 2004 before moving over to the marketing division in 2012.

A bright and engaging personality, Ms Cannon completed a Bachelor of Arts (Communication) at the University of Technology in Sydney in 2002.

A two-year stint at Love Communication preceded her career at Subaru Australia, where she served as a public relations executive for seven years under national corporate affairs manager David Rowley.

A brief stint as public relations manager preceded her move into the marketing department in 2012.

“She had been away from work for some time, but during her time here made a fantastic contribution to our public relations and marketing departments,” Mr Rowley told GoAuto.

“She was much admired for her work ethic, intellect and amazing attitude, which also served her well as she fought illness. I can’t begin to tell you how greatly she will be missed.”

She is survived by her husband Geoff. GoAuto extends its sympathies to Ms Cannon’s family and friends.