THE unveiling of the all-new Hyundai Venue ahead of its Australian arrival in the second half of the year heralds a significant first-time entrant for the South Korean brand as it looks to reassert itself as a dominant force at the compact end of the market.

Hyundai Motor Co Australia (HMCA) has been hanging on this model for years, with the sales volume of its light-sized passenger cars eroding after the super-popular Korean-built Getz petered out in 2011 and the Indian-sourced i20 – which arrived to replace the Getz in 2010 – disappeared in 2016.

Complications with its production source in Turkey has kept the new-generation i20 – and the prospect of an i10 – off the Australian market, leaving the ageing Accent as Hyundai’s sole contender in the light-car class, soldiering on with useful volume in this RB-series fourth generation that launched way back in 2011 but with stock now beginning to run dry. 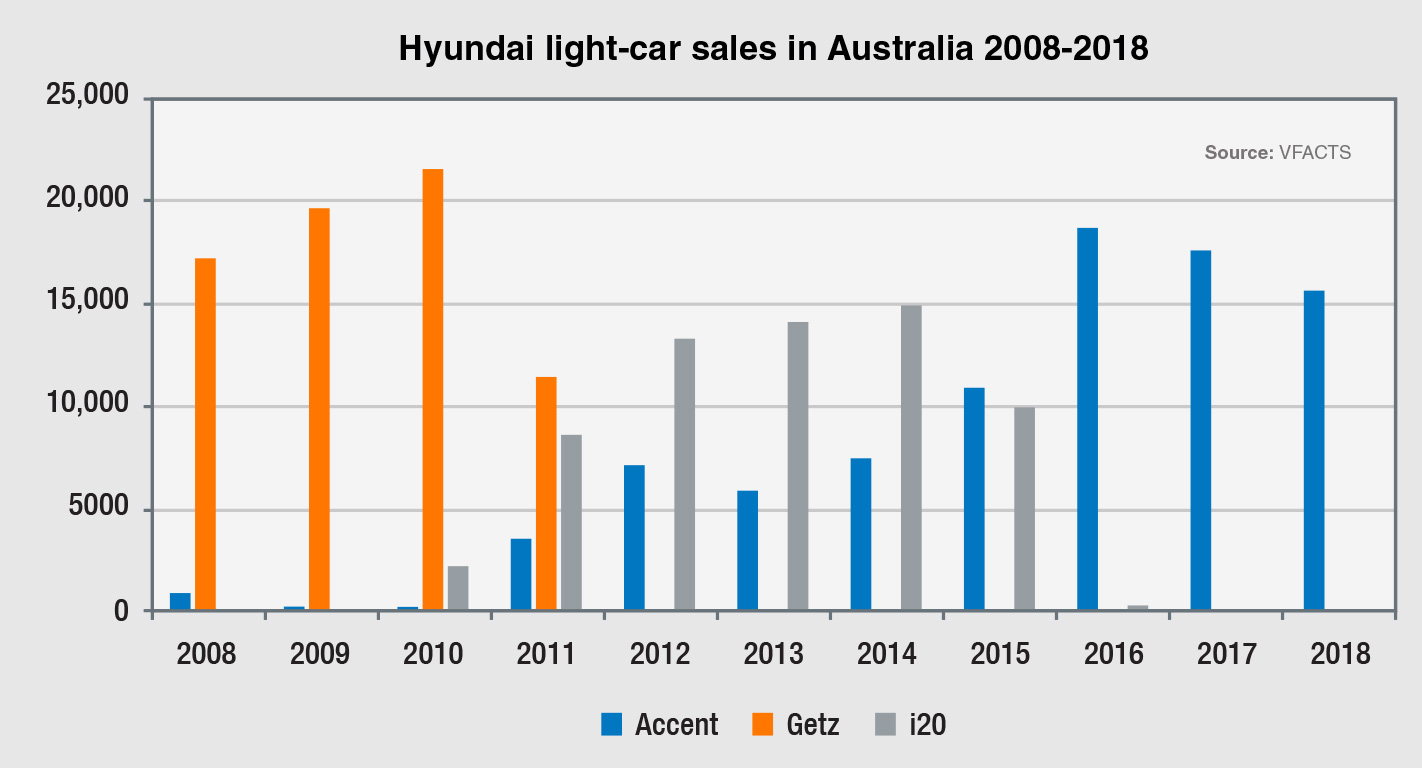 A new ‘HC’ generation of Accent was unveiled more than two years ago, launching globally during 2017, but, again, production sources – Mexico and India – and issues surrounding right-hand-drive availability, suitable Australian-market specification, cost of transportation and so on have kept it off the boat.

There is no doubt that Hyundai must have a price-leading entrant starting below $20,000, preferably around $15,000 – this is a given for one of the top brands in Australia, which needs high levels of traffic in its showrooms as it looks to push its annual volume back up past 100,000 units after slipping since 2016, largely as a result of diminishing volume in the light and small passenger-car segments.

But, of course, it does not have to be a traditional hatch or sedan, particularly as the market shifts towards SUVs and as all-new models come to the fore.

So just as Hyundai now puts a heavy emphasis on the Kona small SUV to ease the downward pressure on i30 and Elantra, the smaller Venue is set to boost its fortunes at the gateway to the brand – either as an adjunct to a traditional passenger car (pending any decision on a replacement light hatch and/or sedan) or, as the case now appears to be in the short-term at least, the sole light-sized model in the entire stable.

Arriving at around $15,000 will be a tough ask, but the greater the distance between Venue and Kona (which starts at $23,500) the fewer walkouts from the showroom and cannibalisation of sales between the two.

Light beam: The sub-Kona Venue will arrive later this year and serve as Hyundai’s great hope at the entry level of the brand now that Accent stocks are running dry and no replacement light hatch is on the radar.

Whether Venue can match the sales heights of Accent or the earlier Getz and i20 is a question without an answer but a challenge HMCA will surely set for its senior management team, providing it comes in at a low enough price point.

But official VFACTS sales figures also show that the going has been tough over the past few years, with sales heading southward in line with the general market slowdown, consumer movement away from light cars and other factors noted above such as dwindling supplies of ageing models and aborted business cases for their replacements.

Accent sales fell 10.8 per cent last year to 15,675 units, and after the first three months this year, the light car is down 23 per cent compared to the first quarter of 2018.

Hyundai’s overall sales are down 13.6 per cent, which is running deeper than the total market’s 7.8 per cent decline.

It is instructive to note how Hyundai is faring in the next segment up from light – small cars – where its biggest-selling and therefore all-important model, i30, and its supporting act, Elantra, are down 7.8 per cent and 26 per cent respectively this year. 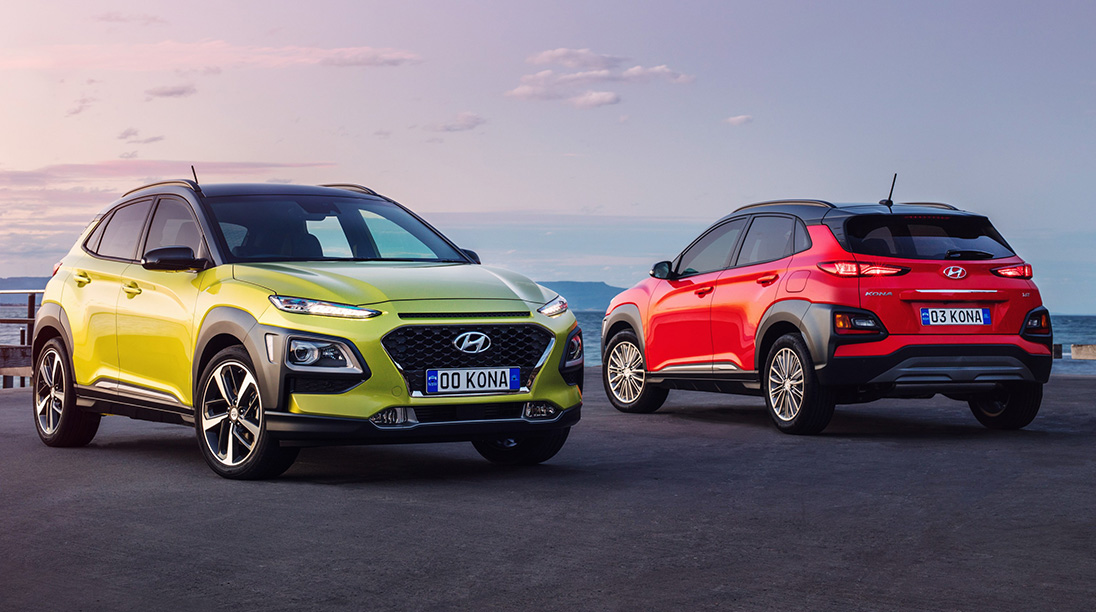 Elantra, too, has struggled with its 3843 sales last year marking a 31.5 per cent drop-off, leaving Hyundai’s combined sales in the small-car segment at 32,223 units, which includes 192 examples of the more premium-placed (and therefore lower-volume) electrified Ioniq range that launched to private customers in November priced between $33,990 and $48,990 plus on-road costs.

Year to date, Hyundai’s combined small-car sales are down 9.2 per cent.

The company has told us previously that is has relied too much on the one product – i30 – which has long accounted for about a third of its total sales. With the small car no longer able to maintain such a high volume, the importance of Kona comes into focus.

It’s too simplistic to say that Hyundai’s new small SUV is making up for lower sales of its small passenger cars, particularly when a portion of its volume appears to be coming at the expense of the Tucson mid-size SUV, sales of which were down 19.2 per cent last year – and have fallen a further 14.3 per cent this year.

And this returns us to the question mark over Venue’s true value to the brand’s bottom line, once the Korean-built model – which looks to have everything going for it – becomes established in the marketplace and buyers are asked to readily switch from light hatchback and sedan to higher-riding compact crossover.