THE Australasian New Car Assessment Program (ANCAP) has named James Goodwin as new CEO, replacing Nick Clarke who stepped down earlier this month after a decade with the crash safety watchdog.

As GoAuto reported last week, Mr Goodwin was expected to take the role of head of public affairs at the National Farmers’ Federation, but was offered, and accepted the top role at ANCAP instead.

Mr Goodwin told GoAuto the National Farmers’ Federation had been “very good about it” when he informed them he was offered the more senior role with ANCAP.

Mr Goodwin will step into his ANCAP role in October, having previously spent four years with the Australian Automobile Association (AAA) as director of government relations and communications.

He also served as acting chief executive between the late-2014 departure of Andrew McKellar and Michael Bradley’s appointment to AAA CEO in April this year.

In a statement announcing his appointment with ANCAP, Mr Goodwin said: “I am privileged to have the opportunity to lead ANCAP through its next chapter and look forward to the challenge of building on its excellent record of achievements.”

“He brings a wealth of consumer, motoring, communications and advocacy skills to the organisation which will be invaluable in building and maintaining new and existing relationships with stakeholders,” she said.

“James has fantastic knowledge of the vehicle industry and is a strong advocate for improving consumer’s understanding of safety technology.”

Before the AAA, he was media and communications manager for the Federal Chamber of Automotive Industries (FCAI) and began his career as a journalist. 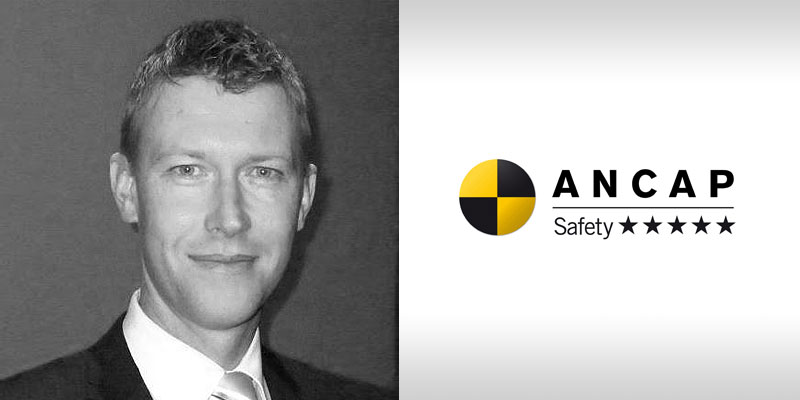