COVID-19 and a rush away from overseas holidays and into exploring Australia has injected a huge income rise for automotive accessories and 4WD specialist firm ARB Corporation Ltd which this week reported a 113.5 per cent increase in profit on a jump in revenue to almost $284 million.

ARB reported 2020 second-half revenue was up 21.6 per cent and profit after tax hit $54m – a rise of 113.5 per cent on the same six months of 2019 – but said dividends would be reduced as it focuses on increasing investment for future growth.

It said that it experienced “a pleasing recovery” in the half year to December 31, 2020 that was attributed to “satisfying pent-up demand created during the early lockdown periods, an increased trend towards local touring in many countries and the impact of governments’ financial stimulus on consumer demand and confidence”.

The increased profit growth was also attributed to cost containment, improved efficiencies and a stronger Australian dollar, especially against the Thai baht.

But ARB said there was a negative impact from constrained global supply chains that led to reduced stock availability as well as cost pressures on commodities and shipping.

Sales to the Australian market for ARB grew by 14 per cent and were above average in NSW, Queensland, WA and Tasmania. It was also slightly below average in South Australia and “relatively flat” in Victoria “which was impacted by a prolonged COVID-19 related shutdown in the first half of the financial year,” ARB said.

“The sales growth was achieved despite a decline of 3.4 per cent in sales of new vehicles in ARB’s target market, including medium to large SUVs and 4WD utes.”

At the same time, export sales grew strongly by 36.7 per cent and ARB said it represented more than a third of all the company’s total sales.

“Growth was achieved from all export sales and distribution operations in Australia, the US, the Czech Republic, the UAE, Thailand and New Zealand,” it said.

“The board is pleased with the contributions made by each of the two businesses acquired in NZ last year.” 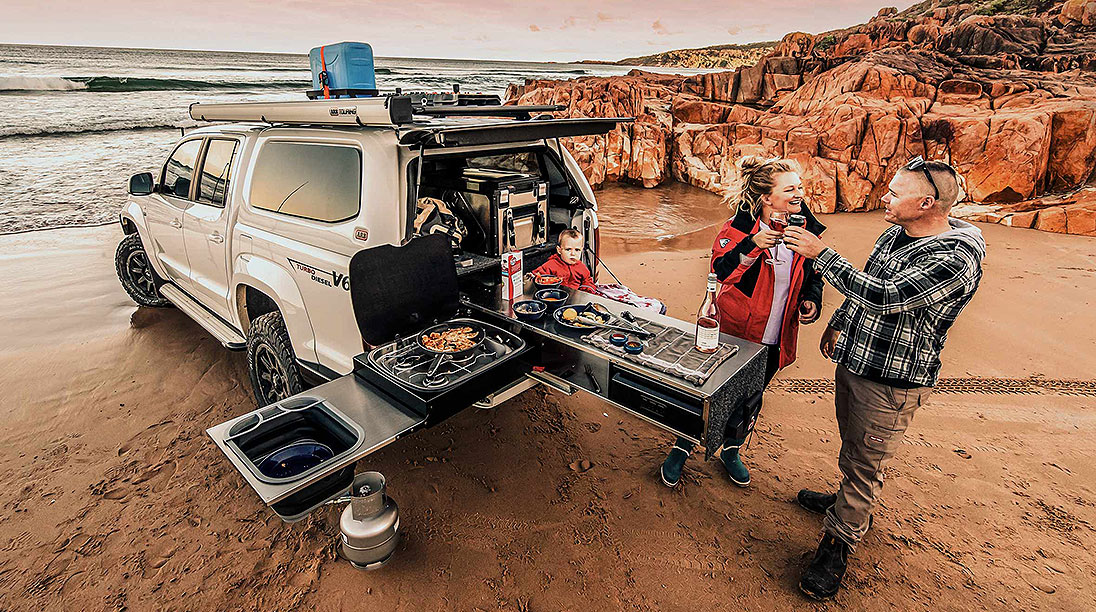 ARB said the OEM increase was attributed to new contracts with customers such as Ford which are expected to continue through 2021.

ARB added businesses to its portfolio including Advanced Equipment Ltd in NZ, trading as Beaut Utes, which now has 69 stores of which 29 are company owned.

Two new company stores were added in late 2020 – Gosford, NSW and Edwardstown in South Australia – and a new independently-owned store was opened in March in Windsor, NSW with another two stores expected to be opened in 2021.

“Land has been acquired in Albury, NSW and in Alice Springs, NT, to relocate existing stores into larger flagship stores,” ARB said in a statement to the Australian Securities Exchange.

“Other independently-owned stores will be upgraded over the next 12-18 months.”

ARB has declared a fully-franked interim dividend of 39.5 cents per share (29c/share for the six-month period) which has a lower payout ratio of 43 per cent compared with the historical payout ratio of between 53 per cent and 58 per cent over the previous five years.

It said the payout ratio has been reduced “to increase investment in business for future growth.”

“The decision also reflects the one-off government assistance provided during the period which has supported ARB’s ability to invest heavily in its future expansion,” it said.