BMW Oz flexes muscle with M cars, now at 20 per cent of total sales – and rising

AUSTRALIA has risen to second in the BMW world for share of M high-performance-vehicle sales, currently standing at 20 per cent of its overall sales to the end of April with 1539 registrations – up 71 per cent on the 900 units sold over the same period last year.

This includes both ‘pure M’ vehicles such as the M2, M3, M4 and M5, as well as the ever-expanding ‘M Performance’ model variants across the range that are primarily responsible for the rapid growth. 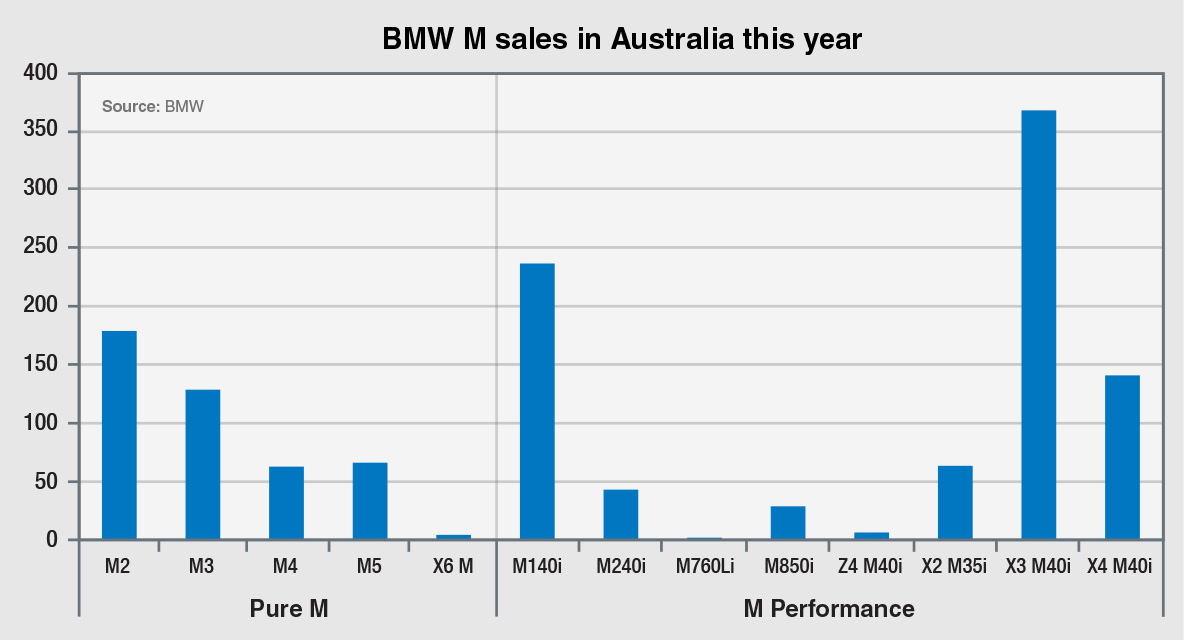 Market sensitivities mean BMW Group Australia will not confirm which country leads the world in terms of M share, however GoAuto understands that Switzerland, Canada and South Africa are regularly in the mix with Australia.

The latest figures offered, to the end of March and showing actual retail sales versus registration data (as used with the local VFACTS system), place the United States well out in front (7703), with Germany next (5497) and the United Kingdom close behind (5087).

Australia’s position as the fourth-biggest M market in the world is based on 1143 total M-branded retail sales for the first quarter, just ahead of Switzerland on 1131 and Canada on 1116.

Discussing BMW’s M sales performance in Melbourne earlier this month, BMW Group Australia chief executive Vikram Pawah said: “In the BMW M world, Australia normally sits up in the top three in terms of share of M in overall sales. This year, actually we are sitting at number two, so we’ve really gone up compared to previous years.

“And that’s got to do with our strategy that we’ve put in place of putting the (pure) M cars and the M Performance cars together as a combination – I think that’s working.

“Over the last 18 months we have launched lots and lots of M Performance cars, and if I look at all these segments the M cars are fielded in, the pure M cars as we call them are currently six per cent of our total sales. 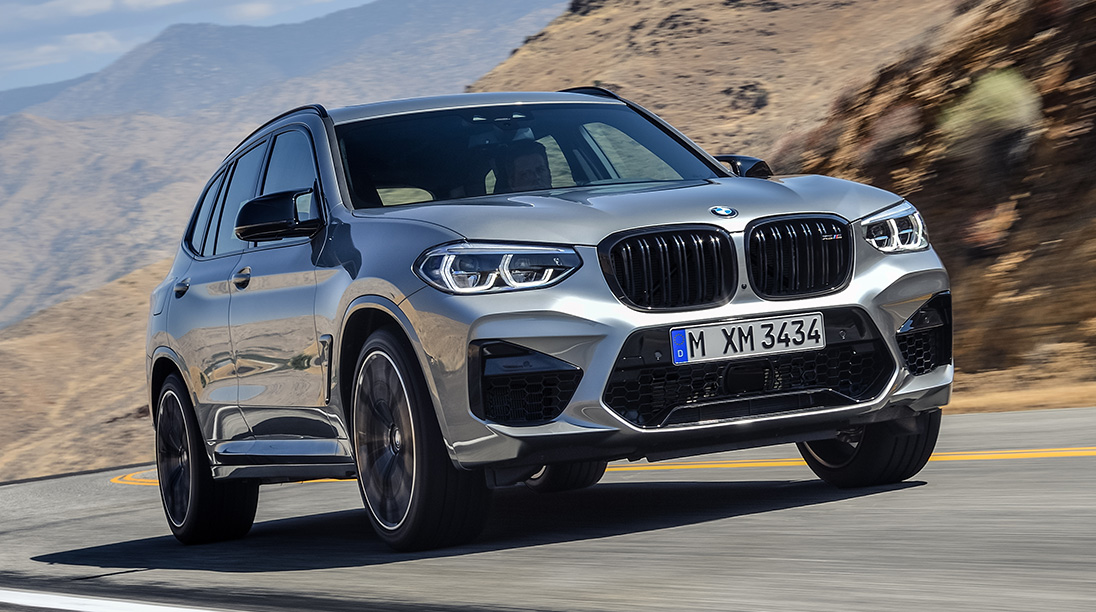 M into X: BMW’s first-ever full-fat X3 M and X4 M SUVs will go on sale in the second half of this year, bolstering the current high-performance range which has the X3 M40i as the top-selling M-badged model this year.

“And if I add M Performance cars on top of that, that’s 20 per cent of our sales, which is fantastic.

“Where it will finish up as a number? (I don’t have a) crystal ball. But clearly I’m looking at a quarter of our sales should be through M or M Performance.”

BMW Group Australia has recorded 7830 sales overall to the end of April, down 4.2 per cent on the same period last year, but its downturn is not running as deeply as its major rivals or that of the overall market (-8.1%).

The Australian branch sold just over 23,000 vehicles last year and is clearly aiming to return to the 28,000-plus marker achieved in 2016, so its M-branded sales are likely to push up to around 7500 units as the German prestige brand climbs back towards 30,000.

The all-new M8 flagship and next-generation M3, both due next year, are among various other models in the pipeline, with more than two dozen M-branded passenger cars and SUVs expected to be available globally by the end of 2020.

The M Performance versions of the X3 and 1 Series are clearly the standouts on 369 and 238 sales respectively YTD, with both said to be more than 100 units ahead of their nearest direct rivals.

The rise of the higher-performance X3 in particular is seen as reflecting the general market shift towards SUVs, which for BMW currently accounts for 61.8 per cent of overall sales.

Mr Pawah said the full-blown X3/X4 M versions would only add to this, although M Performance is clearly hitting a sweet spot with Australian buyers.

“Pure M cars are more race-bred, more racetrack-oriented … but the M Performance cars allow you to have that performance, dynamism, the functionality in the features, along with everyday use, so it fits maybe into the psyche of the Australian public much better,” he said.

“Obviously you have those diehard fans who want the pure M cars all the time as well, but if you want a good feel of the M, every day in your daily drive, the M Performance is there as well.”

Asked about the prospect of selling M cars in a standalone showroom, as seen with a dedicated Mercedes-AMG outlet in Sydney, Mr Pawah said there were no plans at this stage to move into this area.

“Any kind of a dealership that is set up, it has to have viability behind it, it has to have a reason behind it, but as of now I haven’t heard from customers that they would want to be in an all-M showroom because you have that energy of performance and dynamism in there already,” he said.

“You don’t need a separate one to get that feeling.”