BMW Group Australia has every reason to expect its fourth-generation X5 launched last week will remain market leader among the large luxury SUVs, despite intense competition in the segment and a 28 per cent sales downturn for the company’s ‘most important model’ in this changeover year.

Over a period stretching back almost two decades, the X5 has been extremely well received by Australian new-car buyers, averaging 3170 units a year since its launch in late 2000, typically selling strongly throughout each generation’s lifecycle and at times accounting for well in excess of 20 per cent of the Bavarian brand’s entire volume.

The X5 has also stood as the leader in its class – ‘$70,000-plus large SUVs’ (since 2010) and the previous classification that simply covered ‘luxury SUVs’ – since 2003, when it overtook the Mercedes-Benz M-Class (now known as GLE) and has not yet relinquished the position. 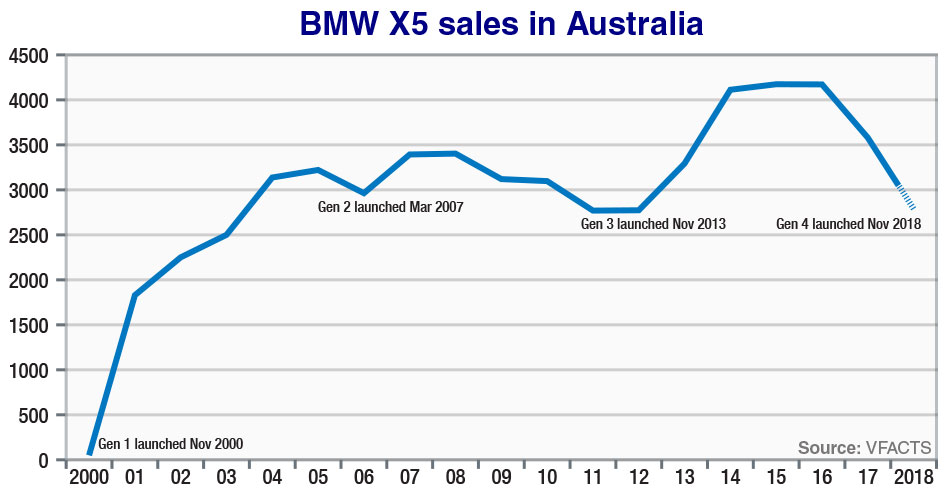 This year, X5 is still holding on as best in class as its major rivals – including the GLE, Audi’s Q7 and the Range Rover Sport – also experience downturns in line with softer conditions in the luxury car sector and across the entire new-vehicle market.

The segment covering large-sized luxury SUVs is down 16.3 per cent to the end of October, while the X5’s 2277 sales over this period is enough for a 15.4 per cent share – close to its smallest slice ever in the class, and a far cry from the 20.5 per cent share it posted in the defining year of 2014.

This was the first full year of trading for the previous F15 generation which included a rear-wheel-drive four-cylinder diesel variant that lowered the price of entry to less than $83,000 for the first time.

X5 sales fell 14.3 per cent last year to 3582 units, although it did hold on to a segment share of 17.4 per cent, and while both sales and share have since moved southward, BMW is confident the new generation will take it back to record levels. 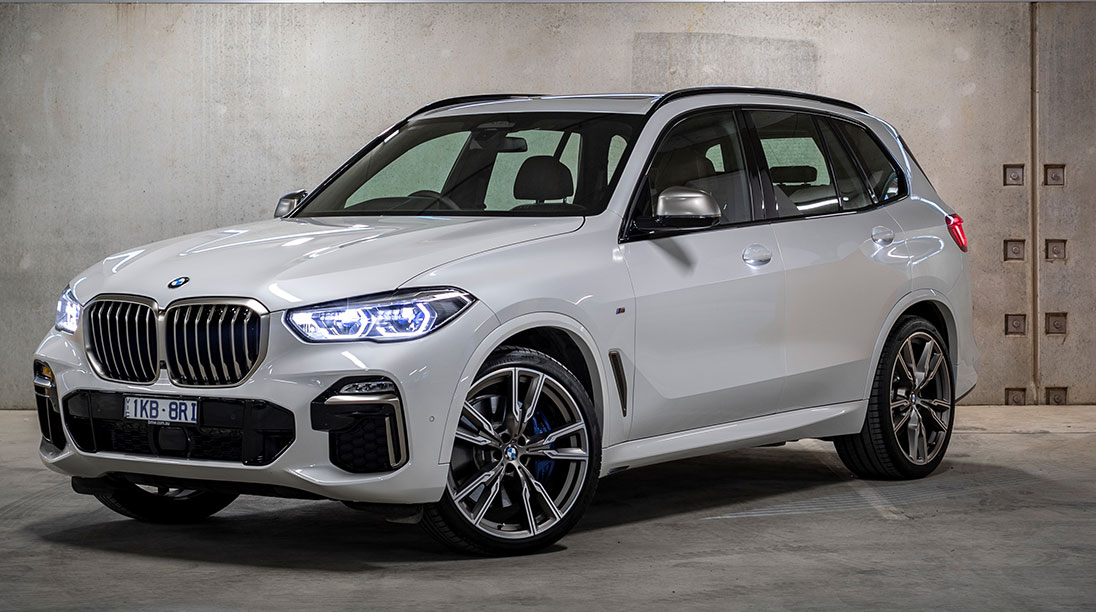 Still the one: Now in its fourth generation, BMW’s X5 has been the leader in its segment since the first iteration hits its straps in 2003.

BMW Group Australia’s head of product and market planning Brendan Michel told GoAuto at the new X5’s launch in Tasmania this week that the company expected the new G05 fourth generation to achieve the sustained success of the previous model, including a return to 4000-plus annual sales.

“We’re pretty excited about this car’s potential given the amount of technology and styling – I think it’s going to be very well received in our market in Australia,” Mr Michel said, adding that the new model also has the potential to reclaim its position as BMW’s top-selling model – achieved in 2014 by overtaking the 3 Series, and backed up in 2015 as the smaller X1 took second place.

“When we talk about how the previous generation was the first model to overtake the 3 Series in the sales performance, I would say this one’s definitely got the potential to do that (return to top spot).”

X5 last year finished third in BMW’s stable for the first time in its long history behind the X3 and X1 in first and second place respectively, and is currently fighting to hold down fourth among the smaller SUVs, a resurgent 3 Series and strong-selling 1 Series (in fifth).

BMW’s SUV range will also be bolstered next year by the long-awaited inaugural X7 and the high-performance X3 M and X4 M. An electrified iX3 is in the pipeline, too, but not expected until 2020.

“(We have) a couple of other X models coming also next year in segments we’ve never really played in before either, so (it’s a) very exciting time,” Mr Michel said. 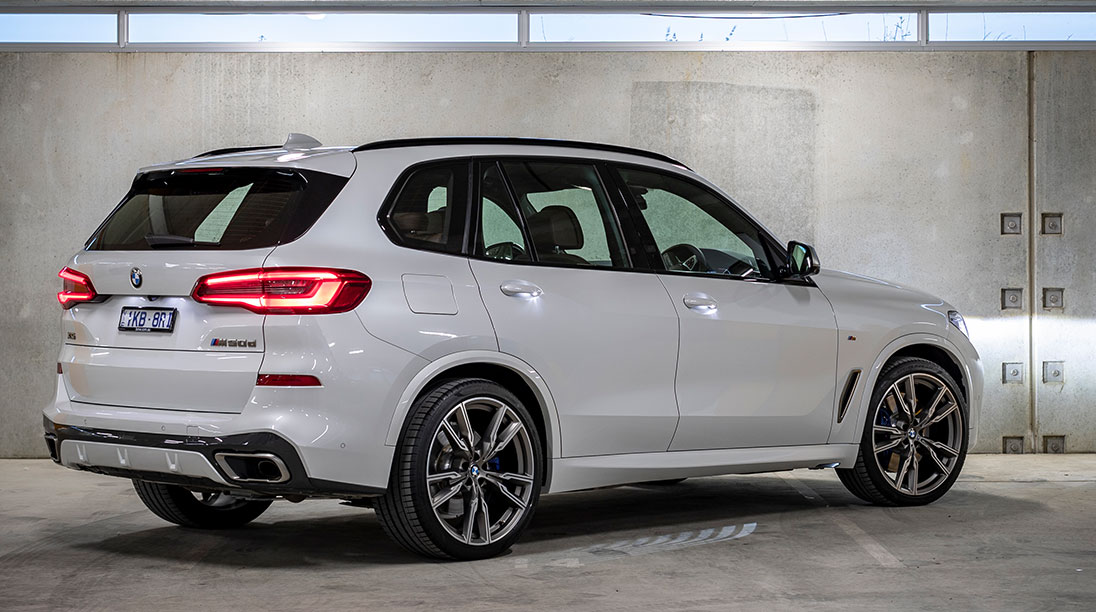 These will bolster the current half-dozen X-rated models already in service – X1 through to X6 – which currently account for 59 per cent of total BMW sales.

The second-generation X4 launched in September is now hitting its straps, and a full year of X2 (launched in March) should see this figure push well beyond 60 per cent next year as BMW aims to return to a growth position overall.

With new variants to be added to the launch range next year, X5 will also be pivotal, just as it has for the past 18 years – from the first E53 generation launched in November 2000 through to the E70 from March 2007 and the F15 from November 2013.

From the outset, BMW’s first-born SUV set a benchmark for on-road dynamics in the SUV class and, like the M-Class, never really attempted to rival the established off-roaders but found a ready audience of luxury car buyers who craved an accomplished, prestigious high-riding wagon for suburban duties and country jaunts.

The marketplace is busier today, but X5 – in sales terms, and in other more subjective areas – is still the one to beat.