A HOST of car companies have celebrated the achievements of their retail network and individual dealership staff in 2015, with Ferrari, Mercedes-Benz, BMW, Mini, Volkswagen, Renault and Honda among those to stage awards presentation ceremonies over the past week.

Barbagallo Ferrari in Perth was named 2015 Ferrari Australasia Dealer of the Year, chosen from the Italian supercar brand’s six official dealers in Australia and New Zealand in a program that has been running since the factory took control of local distribution in 2013.

Ferrari Australasia chief executive Herbert Appleroth said the selection criteria is based on the “highest achievement in 36 areas including customer satisfaction, workshop utilisation, proactive customer engagement through marketing activities and quality of aftersales throughout the year”.

Under the leadership of dealer principal Alf Barbagallo, the WA dealership also took out the aftersales category and shared the limelight in the sales discipline with Ferrari Maserati Sydney and Ferrari Brisbane. 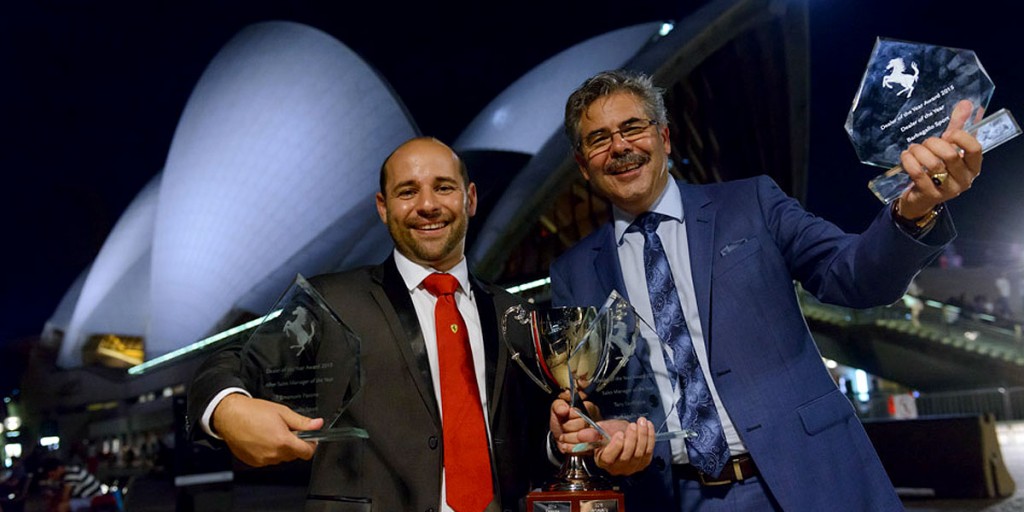 Mercedes-Benz Toowong in Brisbane won the luxury market leader’s coveted Metropolitan Dealer of the Year award, with dealer principal Angus Young and his team recognised for delivering “a year of exceptional customer service”. 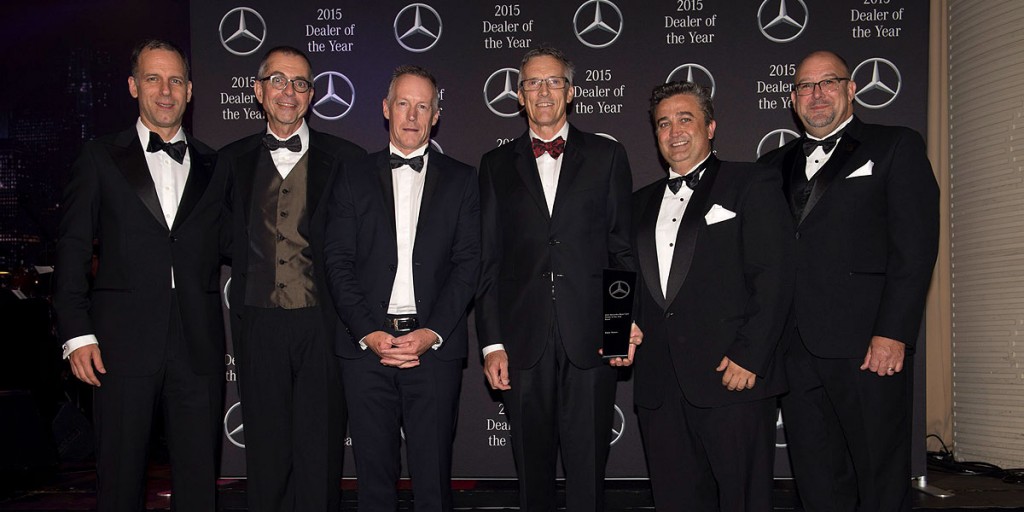 Mercedes-Benz Cars Australia/Pacific CEO and managing director Horst von Sanden thanked all dealers for not only maintaining Mercedes’ status as the leading luxury car brand through record sales but for their “concerted efforts to customer service” – as reflected by its top ranking among prestige marques in the independent JD Power Customer Service Index (CSI) study released in December.

Awards were also presented to dealership staff across a variety of categories such as new-vehicle sales, service and parts, pre-owned, marketing and finance.

Meanwhile, BMW Group Australia has named Sylvania BMW, south of Sydney, as its 2015 BMW Dealer of the Year at an event hosted by managing director Marc Werner. 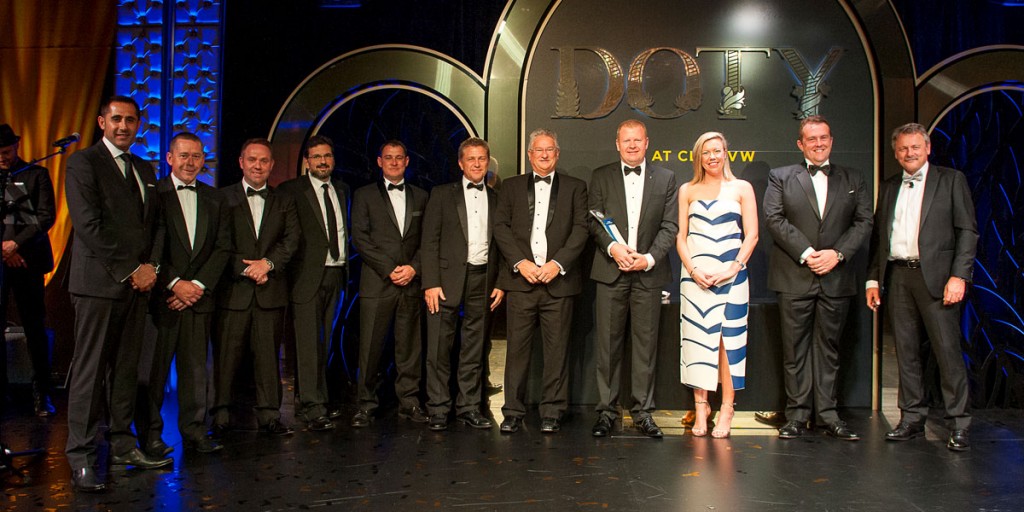 Over at Volkswagen, Paul Wakeling Volkswagen in Campbelltown, west of Sydney, took out the 2015 Dealer of the Year Award – the top prize in the German brand’ s incentive program that the dealership also won in 2013.

Dealer principal Scott Wakeling was presented with the award, as well as the gong for Metro DOTY, by Volkswagen Group Australia managing director Michael Bartsch.

Renault’s Dealer Brilliance Awards is now open to more than 50 dealerships as the French brand’s network continues to expand, and Essendon Renault in Melbourne’s north-west was the standout performer in 2015 with three key awards including the overall Renault Dealer Brilliance for Excellence Award.

Dealer principal Don Calvert also accepted the award for highest sales volume (for the second year running) and the Approved Used Metro DOTY, which according to Renault Australia managing director Justin Hocevar underlined the dealership’ s “commitment to customer satisfaction at all levels, and proving that a winning team is hard to beat”.

Finalists for the 2015 Renault Dealer Brilliance for Excellence Award were Brighton Renault in Melbourne’s south-east, and Peter Warren Renault from Warwick Farm in Sydney’s west. The latter was also named 2015 Commercial DOTY. 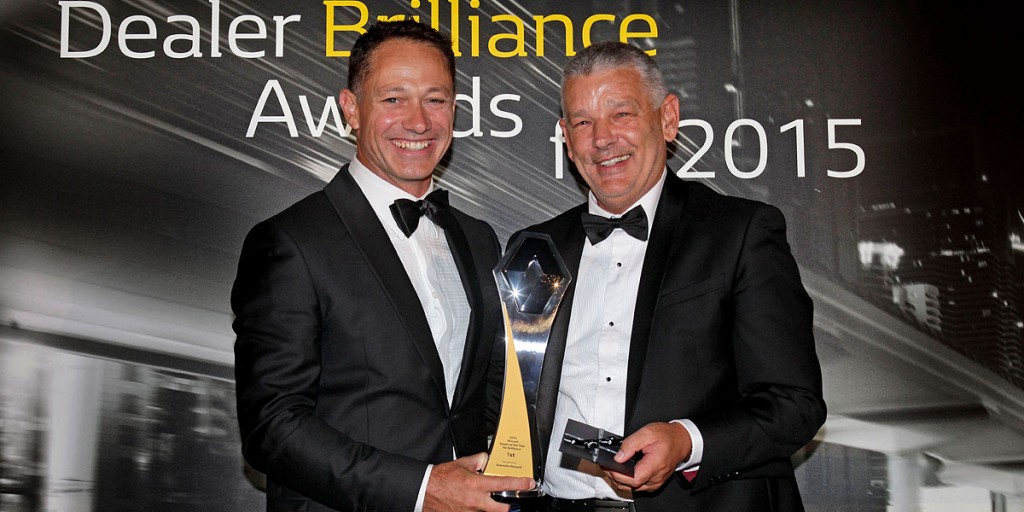 Honda also announced its top-performing retailers in its annual Dealer Excellence program, which replaced the previous state-based DOTY awards in 2010 and recognises only those dealerships who meet the qualifying criteria – covering areas such as sales, service, parts and customer satisfaction – and which finished in the top five of their respect group (one of four, based on sales targets).

While just three Honda dealerships from the 100-plus network received Dealer Excellence Awards last year for their performance in 2014, four made the grade in 2015 – Prestige Honda in Perth (WA), Southside Honda in Woolloongabba (Qld), Northway Honda in Bundoora (Vic) and New World Honda in Narre Warren (Vic).

“Everyone at Honda congratulates these dealers for their hard work and commitment to providing outstanding customer satisfaction in both sales and aftersales throughout 2015.”

New World Honda has reached the ‘Excellence’ mark five times, Southside and Prestige Honda have made it three each and Northway Honda has now collected the award twice. 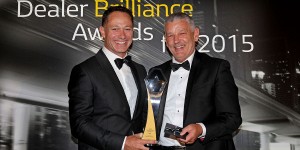 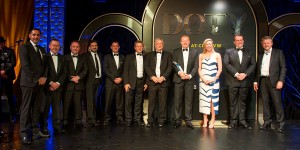 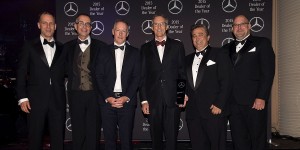 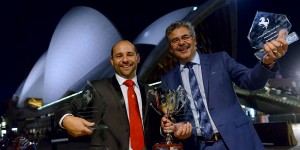