Dealer Code – how it works

AUSTRALIAN car dealers are suddenly in a better place in terms of their sometimes fractious relationships with some OEMs following the adoption by the federal government of changes to the Franchising Code this week.

After years of negotiations, discussions, frustrations and a Senate hearing, dealers are now better protected from the economic fallout of arbitrary decisions taken in overseas boardrooms and by local managers that have previously cast economic hardship on miriad Australian retail car businesses over the years.

There is still more to be done but the dealers now have more comfort against business disruption than ever before.

To explain the ramifications for dealers, GoAutoNews Premium publisher John Mellor spoke with the CEO of the Australian Automotive Dealer Association (AADA) James Voortman to explain the changes.

Mr Voortman and his predecessor at AADA, David Blackhall, backed by funding and hours of determination and lobbying by leading dealers, have been the prime movers of convincing the federal government of the need for protection of Australian automotive retail investments, employment and community service. 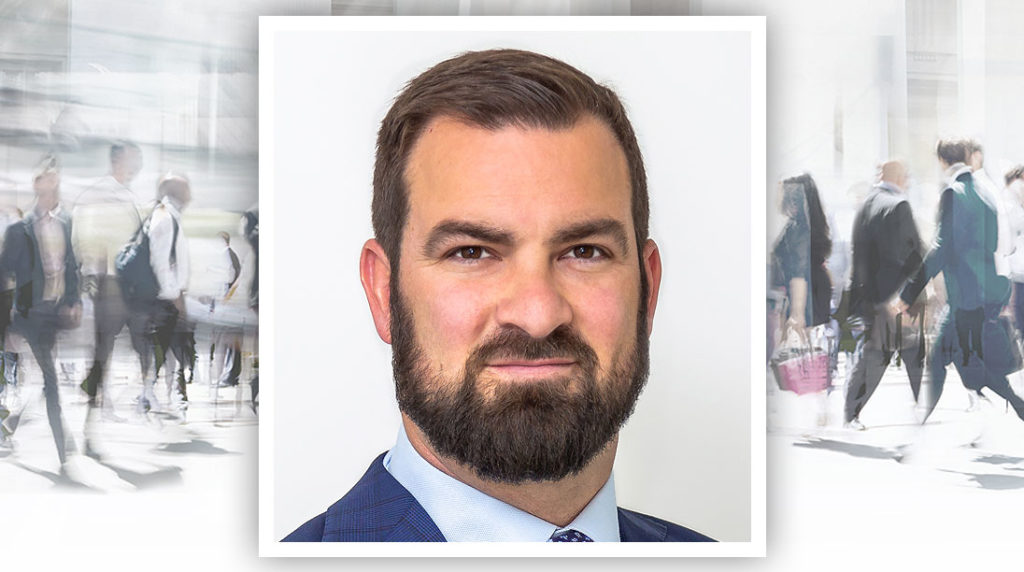 John Mellor: What is your reaction to the changes?

James Voortman: We are happy. It took a while to get there. But I think we’re in a good position and, importantly, the government has opened the door for further consideration of any changes because it’s going to continue to consult on the merits of a standalone code.

So I think that just gives us an opportunity to push for some of the gaps that I think still exist.

John Mellor: This is not a standalone code as yet. How does it work?

John Mellor: So basically, they have added a car dealer-specific section to the code, is that correct?

John Mellor: Can you tell me what you think the wins were that were really important for the dealers?

James Voortman: I think that the big wins are that we will never see a situation similar to what happened with General Motors where an OEM can cut short an agreement, put down an offer and just walk away.

I think what we’ve seen legislated yesterday is a clear process of what an OEM has to do when it does cancel an agreement, walk away from the country or rationalise its network mid agreement, and that is to compensate those dealers.

It is very specific about what the OEM needs to consider when it compensates those dealers. So we’re in a much better situation in terms of winning compensation in the event that a manufacturer changes the ballgame.

John Mellor: In terms of the compensation, it is one thing to have compensation, but it would seem that some of the amounts of compensation were grossly under-estimating what it should have been, does the code refer to that in any way?

James Voortman: Rather than the amount, it actually lists the actual issues that have to be considered. So when Holden provided its compensation, it was the one who determined what they were compensating you for.

Now these new regulations list specifically issues such as the loss in selling established goodwill, wind up costs which include things like lease payments and redundancies, which Holden simply didn’t entertain.

And then it also goes to the key issues such as loss of revenue and so forth. So I think it gives that kind of clarity. So if a dealer was to fight a compensation claim or argue the toss, they would have a lot firmer ground to stand on.

John Mellor: One of the things that we’ve noticed is that dealers need to have some kind of courage to come forward in these matters. Does the code address that? Does it mean that dealers will be able to speak up for themselves without fear of retribution?

James Voortman: Unfortunately, that issue still exists. And one of the solutions we think we need is a better dispute resolution process. But even if we do have that there will always be dealers who simply think: “Well, I can’t rattle the cage, this is merely the cost of doing business and when I do a cost-benefit analysis maybe I should just sort of lie down on this particular dispute”. So we can’t ever change that.

But we are seeing more and more dealers willing to go the extra yard with their manufacturers. We have seen it in the Honda dealers who are fighting their case, we’re seeing it with some of those Holden dealers, and I think we’ll see more of that.

And when those dealers do have the courage to go the extra yard, they will have much better legislation on their side when they do follow through with those legal proceedings.

John Mellor: In other words, the court will see the intent of the parliament in these matters which it would not have seen previously.

John Mellor: In terms of property investments. Dealers who spend more than a million or a couple of million or more on a dealership showroom and facilities are going to wind up trying to write that off over say 10 to 12 years. Has that been addressed?

James Voortman: Yes. One of the elements which defines what compensation should look like is the unamortised capital expenditure requested by the franchisor. That will definitely look at any recent facilities upgrades. And it might even extend to other expenditures such as some of the mid-term things you get like installation of (EV) charging infrastructure or equipment in the service department. But it is very specifically addressed in these new regulations.

John Mellor: In other words, when it says unamortised, if a dealer is amortising over 10 year and he’s got five years to go, then he’s going to get five years compensation.

James Voortman: That’s probably one that’s going to be left open to interpretation to a degree, but you’re on the right track.

John Mellor: What about agents? It says it covers agents. In what way does it do that?

James Voortman: Well, at the very start of Part Five of the franchising code, there is a definition around new car dealers and then specifically says that these provisions apply to agents and their principals too.

So it’s very clear, very specific that whether you are an OEM running a dealership franchise model or an OEM running an agency model, you are covered by the franchising code. You are required to comply with the franchising code regardless of which model you are running. We were concerned that OEMs might move to an agency or other models and try to escape their obligations under the code but this makes it very clear that they can’t do so.

John Mellor: Is there any guideline or regulation regarding the demanding of premises upgrades and other such things where a dealer feels that the return on investment is not economically feasible? Is there some kind of mechanism to address that?

James Voortman: There is a mechanism in the new regulations which says that an OEM cannot provide a term which does not allow a dealer to recover their investment.

So I think that’s one area which we have welcomed greatly. It basically means: if you’re going to ask me to build a $10 million facility, you have to give me a term which gives me a reasonable prospect of recovering my investment. So that does put the dealer on a much firmer ground in terms of facility upgrades. 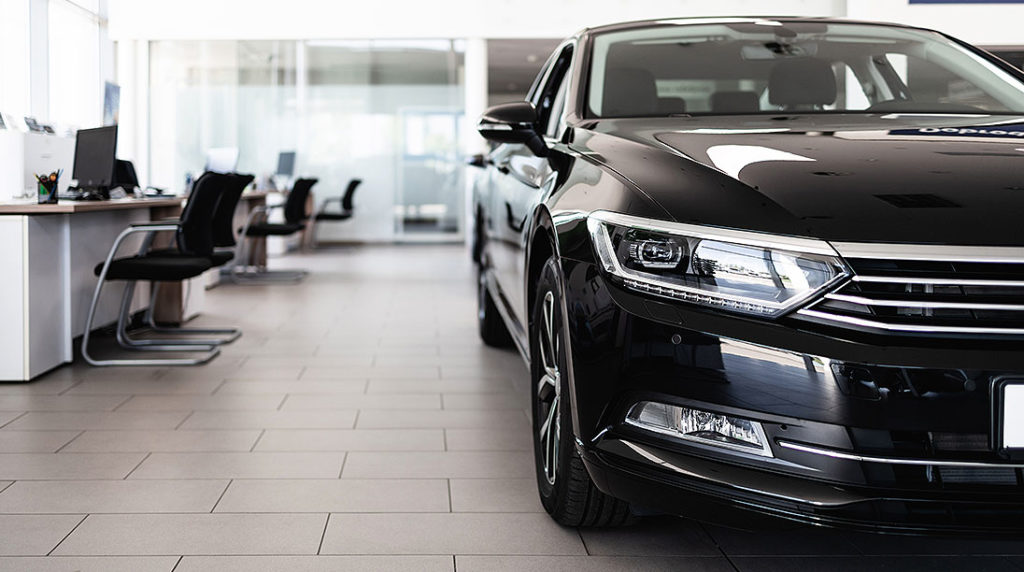 John Mellor: Are you concerned about truck dealers not being included?

This is another reason it’s good that the government is considering a standalone code because that gives them the opportunity to look at some of the gaps in what they’ve put forward yesterday, and potentially include further amendments to the work they have already done.

John Mellor: What was the thinking behind not including them, given the business operations are so similar?

James Voortman: I can only say that. It was something that was overlooked by the bureaucrats when they did it. I do know that the MTAA are very keen to see this extended as the next sort of phase. So I think there’s gonna be a lot of sympathy at the political level, It doesn’t make any sense that they’re not included.

John Mellor: What are the remaining issues?

James Voortman: In terms of where we go from here, the remaining issues are dispute resolution and arbitration. We are very keen to look at how we can make that happen so that we can avoid members having to go through lengthy court processes. So the mediation part is not resolved.

There are changes to mediation under the franchising code, but nothing that compels the manufacturer to go to arbitration.

They say they have constitutional limitations. So we are still pushing that. But we’ll celebrate this win and then start pushing it with the government again.

John Mellor: What would the preferred position on mediation be? What will be your goal?

James Voortman: I think we need a system of low-cost dispute resolution in which we can solve disputes quickly whether that’s binding arbitration, conciliation, or whatever. I don’t care what the words are. We need a system where members, after they’ve had a dispute, can in a reasonable amount of time with low cost have someone independently determine what a fair settlement is?

John Mellor: A VCAT does that.

James Voortman VCAT does do that. That’s right. And in New South Wales dealers have additional protections which could see them go before the New South Wales equivalent of VCAT. But whether we need to run that through the Commonwealth or whether we can do it as an industry, working with others, these are questions we all need to look at and try to answer. But we definitely need some guidance from the government on this one.

John Mellor: The problem still exists that the government claims that the constitution does not allow for the enforcement of arbitration. But that did not seem to apply to the Media Bargaining Code.

James Voortman: With the media bargaining code, what they are saying is that kind of arbitration is pre- contractual. So before Google and Channel Nine for example, enter into a contract for Google to pay Nine for its news, before they do that, they have to determine what a fair price is, and that’s what they’re arbitrating. And that’s before the contract. So what they’re saying with dealers is you can’t interfere constitutionally in existing contracts.

We said to the government that it found a way to do it with the media bargaining code and the government has said it would look into whether it can apply that model to our industry. 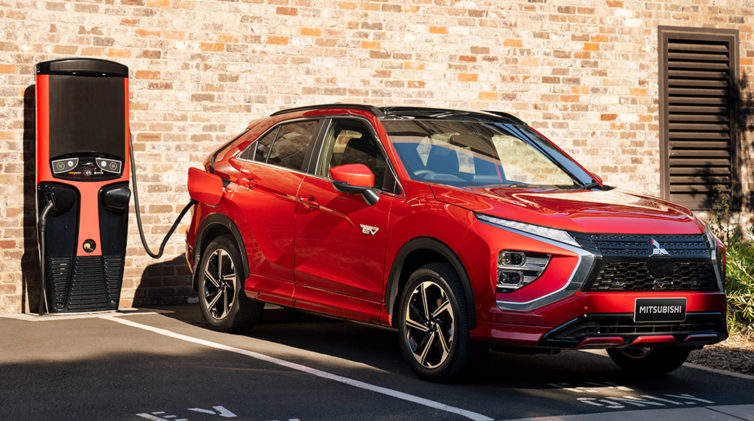