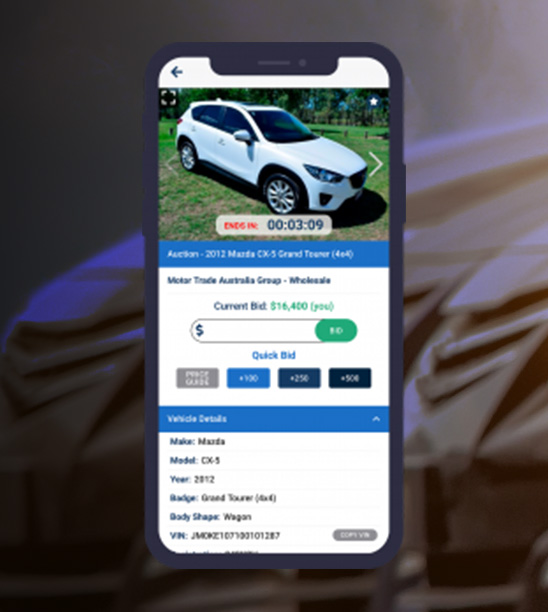 It is the third move outside of Australia for Dealer Trade and complements its existing Australian network of more than 2600 dealerships.

Dealer Trade is an app-based service for dealers to trade vehicles in an online auction system. It allows users to buy or sell vehicles in usually less than three hours, saving dealerships time and without needing to physically attend auctions.

Dealer Trade global head of sales and operations, Luke Horsfall, told GoAutoNews Premium that the partnership with Skoda UK allowed its dealers to list and sell their vehicles within the franchise group at no cost.

The savings to the group’s trade disposal costs – including auction costs – are estimated at the equivalent of $A4.5 million a year.

Skoda UK national used-car manager Barney Butterell said the highly competitive used-car market made it necessary to look for ways to save money and increase profits.

“Dealer Trade offers an efficient and free disposal route for all vehicles, potentially saving as much as £150 ($A250) per transaction. At a network level this can make a big difference.”

“One Queensland-based car retailing group has moved to our app and has about 120 buyers,” he said.

“It allows the group to give its buyers equal opportunity to bid on a car and for the seller to get the best price. It also doesn’t require the dealer to physically attend an auction and it’s a quick process with the vehicle transported, in many cases, on the same day.”

The Dealer Trade app is free and there is no charge for subscription. The app auction costs the seller a flat $90 and the buyer $90, with the other main cost being to transport the vehicle which is arranged by the buyer.

The app is only available to the motor trade.

“It’s not available to the public and never will be. The dealers want to have their own platform and want to work among themselves,” Mr Horsfall said.

“The vehicles are sold between dealers and don’t have to be detailed. The description should be accurate and so potential buyers should be aware of what the vehicle may cost to bring it up to a more saleable level.

“We also have a notification service that tells dealers when a vehicle they want – by type or make and model – is listed,” he said.

“So they know immediately that there’s a vehicle they want and can start bidding straight away.”

Skoda UK is Dealer Trade’s second client in Britain after LDV. The company will continue to look at opportunities in the UK but has already moved into the US.

“We have a presence in the US from last year and will now look at expanding in that country with the product,” Mr Horsfall said.

He said the Dealer Trade app, developed in Brisbane, puts the company in the position of being a manufacturer of technology.

“We are exporting services to the global automotive industry,” he said.

Dealer Trade Holdings is an unlisted public company headquartered in Brisbane. It began a product expansion into the UK in 2017 and launched Car Record in the US in July last year.