ELECTRIC vehicles will be central to community power systems of the future by doubling as a home battery, earning money for owners who sell battery power back to the grid and lower home energy costs, said a new report on Australia’s energy industry.

The Australian Energy Market Commission’s (AEMC) 2020 Retail Energy Competition Review said it was still “early days” for EVs in Australia but there was already a diverse range of related energy products and offers available.

These offers include some that promote “smart charging” where customers receive price incentives to recharge vehicles outside times of peak energy demand.

“That’s good news for customers because it promotes greater competition and results in more products that people want,” he said.

“Not only are the numbers of electric vehicles on our roads set to increase exponentially in the next decade, they will be central to the power system of the future.”

By the mid-2030s electric vehicles are forecast to become the primary driver of increased energy consumption in Australia.

While traditional vehicle sales are declining in Australia, EV sales increased by more than 200 per cent between 2018 and 2019.

AEMC said this was in line with international trends. It said that the number of public EV charging stations also increased by 140 per cent during the same period.

“While there are 22 EV models currently available, at least another nine are expected to be introduced this year,” the review said.

Mr Barr said that to realise benefits and keep retail innovation coming, Australia needed to make sure the regulations are fit-for-purpose.

“We must also work to prevent EVs becoming a stress on the system during peak times because that will lead to extra network investment and higher wholesale prices,” he said.

“We need to put the right structures in place for electric vehicles to be an energy tool, not a drain on the power system.”

In AEMC’s review, Mr Barr said energy companies and industry organisations now must work together to prepare for the coming change.

“Getting this right will mean all energy customers benefit from electric vehicles, whether they drive one or not,” he said.

AEMC’s report said that government policies supporting EV uptake represent an opportunity to build more flexibility into the national electricity market and boost the integration of renewables into the system. 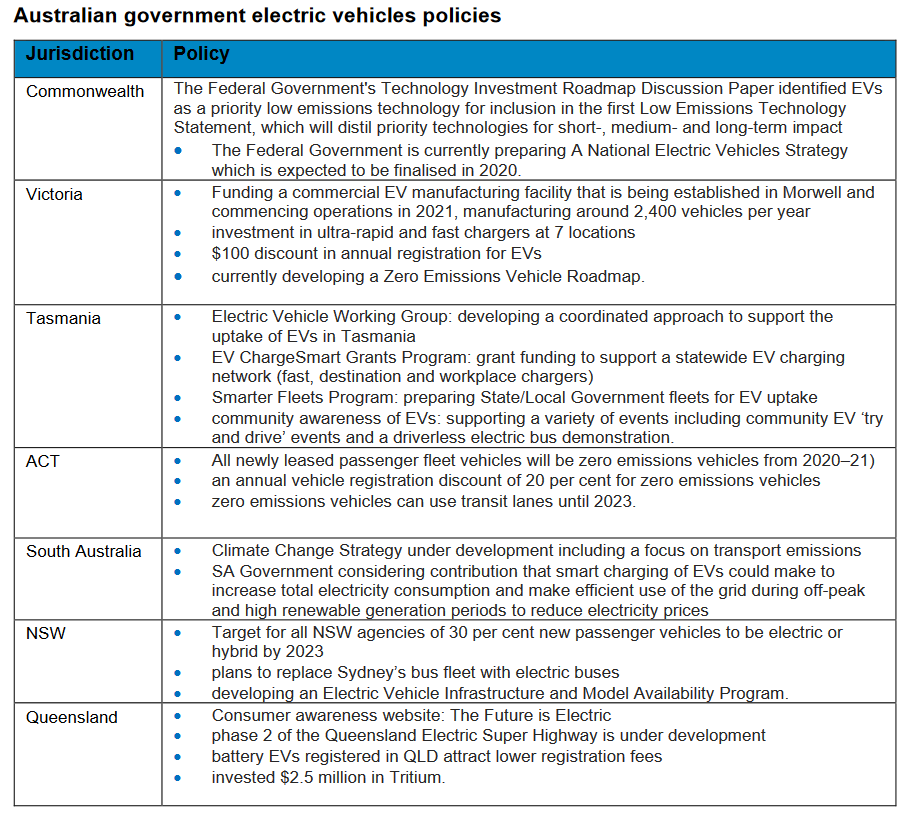