FORD will next year open one of Australia’s biggest automotive parts distribution centres to cater for predicted increases in demand for parts for existing vehicles and for future generation models including electric vehicles.

The 10-year lease on the logistics facility will be Ford’s biggest investment in its parts operation for 60 years.

The purpose-built centre will be constructed by Texco in the Merrifield Business Park in Mickleham, 29km north of Melbourne’s CBD, and will cover 51,480 square metres. It is planned to be the biggest business park in Victoria.

It will comprise a 50,580 square metre warehouse and 900 square metre office set on a site of 8.8 hectares. It will have a 5-Star green energy rating.

The building will have a 14.6m clearance height to the warehouse, a cafeteria and a walking path within the business park.

Australian developers MAB and Gibson Property Corporation – which only a day after participating in the Ford announcement then sold the site to Dexus Australian Logistics Trust for $73.5 million – said the 415 hectare Merrifield park, which has already been taken up by major businesses including Dulux and D’Orsogna, was close to major road, rail and airport infrastructures and accessible to eastern seaboard ports.

The Merrifield facility will be the fifth major centre for Ford in Australia and the fourth for Victoria. It also has operations in Broadmeadows, Geelong, Lara, and Richmond and employs about 2500 engineers, designers and technical specialists to develop vehicles for 180 markets.

Ford Australia and New Zealand president and CEO, Kay Hart, said the addition would give customers the best experience possible and that meant an efficient parts supply for dealers and Ford owners.

“With space and great transport infrastructure links, this new site will enable us to store and distribute the parts we need for the current and future generations of vehicles including electrified vehicles,” she said in a statement.

“It will also give our team the space it needs to grow our business into the future.”

The business park will be bigger than the Melbourne CBD and cover 415 hectares and generate up to 25,000 jobs.

Merrifield is expected to become the biggest mix-use community in Victoria and anticipated to have 4000 residents when completed.

Its shopping hub will open its first retail stage later this year with a Coles supermarket, followed in the next year with a primary school, community centre and sports ground.

Meanwhile, Holden has also vacated its 191-197 Salmon Street headquarters in Port Melbourne, putting the 21,738 square metre office complex on the lease market. The property was built specifically for Holden by Mirvac in 2005 and is now owned by Altis Property Partners.

Holden’s remaining parts and service administrative staff and GMSV managers will move around the corner to an office formerly occupied by the Holden College. The move is said to involve a $1 million renovation. 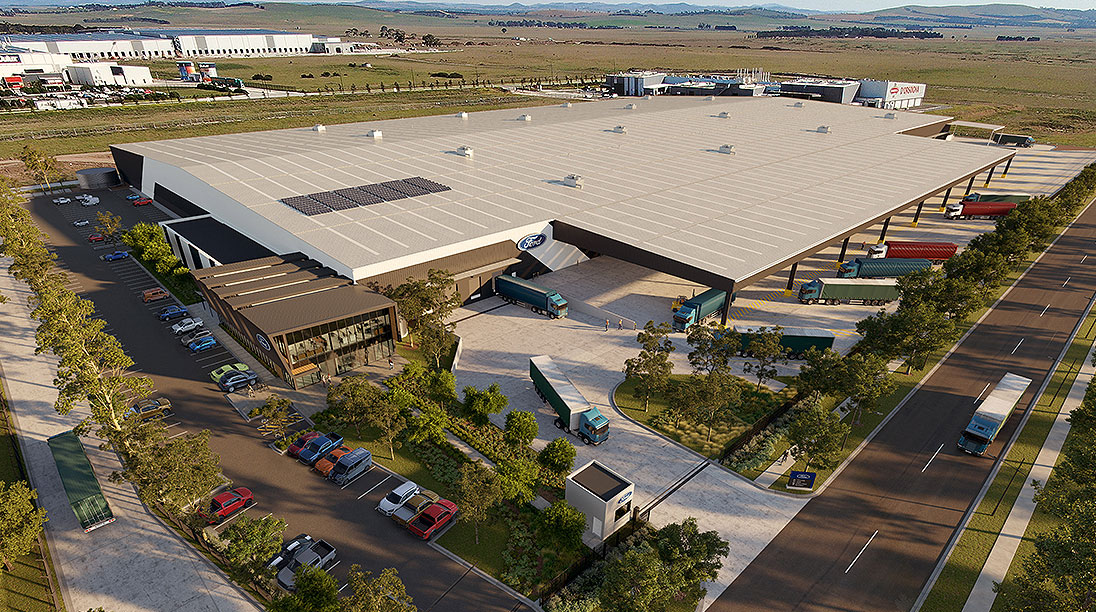