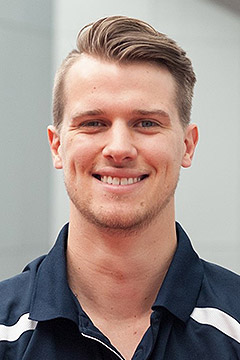 TWO of Victoria’s leading Formula SAE-A teams have chosen starkly different approaches to the 2017, which kicks off at Calder Raceway this Friday.

Multiple title winner Monash Motorsports (MMS) has gone back to basics as it prepares its first two-car entry – internal combustion and electric – while RMIT racing is sticking with its radical stressed-member carbon-fibre transaxle on its internal combustion car.

The two universities will line up against 21 other teams in the FSAEA competition, which covers all aspects of motor car manufacture, including costing, marketing and a business logic case as well as design, engineering and manufacturing. There is also a range of dynamic events including acceleration, handling, fuel economy and endurance.

Entries include teams from Japan, India, Pakistan and New Zealand.

The competition will go ahead as planned even though the Society of Automotive Engineers-Australasia was placed into voluntary administration only a few months ago. The administrator dissolved the board of directors and sacked all but one employee.

However, planning for the FSAEA competition went on in the background and the society is now being run by a management syndicate of four people appointed by the administrator,

Monash Motorsports decided to keep it as simple as possible this year following its decision to enter both the combustion and electric categories.

“We have gone back to basics for both of the cars and there is a lot of commonality between them,” MMS team leader Connor Tilbrook told GoAuto.

“They have the same chassis, same outboard suspension. The powertrain is the only thing that is different. The aero package is the same as well.”

The idea was to get the cars on the track as soon as possible to maximise development opportunities.

“At the start of the year we asked what were the parameters that were going to make us successful with two cars for the first time. One of the key factors was doing them early and making them as reliable as possible because, obviously, we are going into uncharted territory with the electric car.

“So driving as early as possible and also driving a lot of kilometres with them and getting the drivers used to the new electric car was really important for us.

“We have been driving the car since July. It’s the earliest start we’ve ever had at Monash,” Mr Tilbrook said. He was speaking from the Oakleigh Go-Kart track where five teams were fine-tuning their cars before the competition starts on Friday.

MMS has stuck with a steel spaceframe chassis again this year while others are working on carbon-fibre monocoques. There is some compromise involved in having identical chassis for the two cars as the chassis has to be wide enough to accommodate the electric car’s accumulator (battery), and this means the combustion car is a little wider than necessary.

More complexity was taken out of the program by switching to a normally aspirated 690cc KTM single cylinder unit and ditching the turbocharging option. MMS also dropped one of its unique suspension features.

“Another change is this year we have gone back to CNC-machined wheel hubs. In previous years we have done the laser sintered, 3D printed titanium uprights,” Mr Tilbrook said. These were made by the CSIRO. Again, the switch meant the cars could be on track sooner.

RMIT University will also be entering a car in each category, but each will be run by a different team, to give more students access to the FSAEA program.

Combustion team leader Kyle Tucker said the team will be running its car for the third and last time before a whole new concept is created for 2018.

“We run a carbon-fibre monocoque, which not many teams do. It’s pretty specialised. We’ve been doing it for 10 years.

“We were one of the first to run a carbon-fibre monocoque and that was one of the items that took us to the world 10 years ago.”

Part of the RMIT carbon-fibre concept is a fully stressed transaxle housing that is part of the chassis.

“We do run a fully stressed carbon-fibre transaxle which is quite cool. That means the gearbox is integrated into the chassis. You don’t see that very often.”

The transaxle has caused problems in the past, but the team has revised the design and inserted an internal aluminium casing for the transmission gear set.

“Last year we had gearbox issues. This is a special thing, this stressed carbon-fibre transaxle. It’s quite difficult, especially for student engineers.

“It was pretty out there when they came up with this concept in 2015. Last year they gave it another go but ran into new problems. This year we will give it a third go.

“I think we have got it all sorted. It’s been running on the bench, but unfortunately we haven’t track tested it yet.”