LEADING auction group Manheim has conducted its first auction of vehicles damaged in the January 20 hailstorm, with the live auction this week immediately selling all 200 cars presented.

The event attracted more than 600 registered buyers online, with sales going to both trade and private buyers.

It followed news from the ACT government that affected vehicle owners would be entitled to refunds on stamp duty when buying a replacement vehicle.

Manheim spokesman and director of marketing and communications at Manheim parent Cox Automotive Australia, Mathew McAuley, said the auction was broadcast online via simulcast and was “a great success”.

“Strong prices were achieved for the insurance companies who own the vehicles,” he told GoAutoNews Premium.

“Prices received were substantially below their normal used-car values,” he said, adding that a comparison was not possible because of the variances in the used cars.

“Manheim were first to market with a live auction and it is the first of several more auctions which will be held over the coming weeks and months.”

Manheim head of salvage Jonothan Ellerton said the auctions “provide a fantastic opportunity to purchase a written-off hail-damaged vehicle for a great price”.

“Our understanding is that ACT-registered repairable write-offs can be repaired and re-registered locally or in another state,” he said

“However, we encourage buyers to do their own research before they make a purchase.”

Manheim said that cars classified as repairable write-offs because of hail damage had proven to be highly sought after. 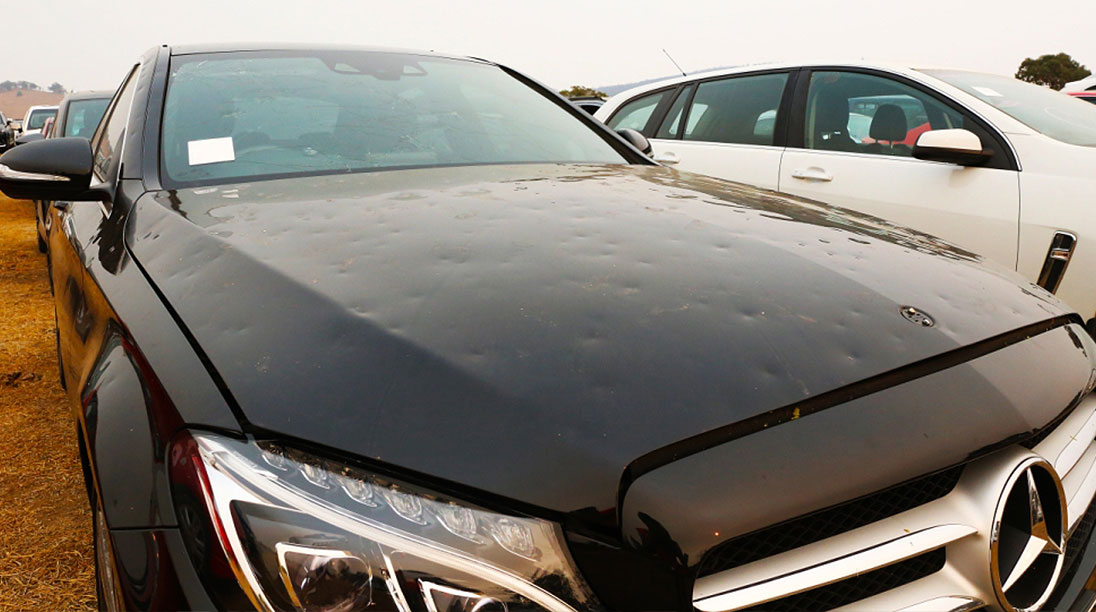 “These are great cars for the general public to buy as an affordable second or third car and can even be an excellent cheap first car for a learner or provisional driver,” Mr Ellerton said.

“Repairers often buy hail-damaged vehicles to fix and re-register and on-sell. Farmers also buy them as a cheap paddock vehicle to move goods around their properties.

“The benefit of hail-damaged vehicles is that most of them are still structurally sound and the damage is largely cosmetic.

“However, buyers should do their own research on repair costs, as most of the vehicles that have been written off by insurers were (written off) because they were deemed too expensive to repair.

“Also, broken windscreens can be costly, especially if there are rain and wiper sensors embedded in the glass.”

Manheim reports that vehicles registered in New South Wales that have been written off are classified as statutory write-offs and cannot be repaired or re-registered in any state.

Vehicles in this category tend to be purchased by vehicle exporters who tend to buy late-model vehicles, or by parts recyclers who break the cars down and sell their individual parts.

The ACT Government said this week that it would give a rebate of up to $100 on stamp duty for vehicles worth up to $10,000 when they were bought to replace one that was damaged.

In a statement, the territory government said: “We will provide refunds for registration cancellation fees ($47.70) and vehicle establishment fees for those with vehicles written off by hail damage and replaced.

“There will be a vehicle roadworthy inspection fee rebate of $72.10 and an additional $55.30 should a basic identity inspection be required. This will assist those owners whose hail-damaged vehicles are not being assessed through insurance claims.”

It said that any remaining registration and compulsory third-party insurance would be refunded from the date of the storm.

The ACT government estimates that up to 30,000 vehicles were significantly damaged during the hailstorm that hit the territory – and parts of Melbourne, regional Victoria and Sydney and environs – on January 20.

“We recognise that the replacement of hail-damaged cars would have been an unforeseen expense on the family budget,” the ACT government statement said.

“Many drivers with comprehensive insurance will be spared these costs, but it is anticipated that there will be Canberrans that will be replacing their vehicles out of their own pocket, and these fees and charges would have added to the costs associated with purchasing a new car.”

Mr McAuley said Australia has at least one serious hail event each year.

“Hail is the number-one reason for natural disasters leading to vehicles being written off in this country, mainly because they are over such a wide area,” he said.

“Last year it was Sydney, for example, and then Brisbane. Melbourne also features and there’s even less populated areas that occasionally have a storm.

“Floods would be second but are generally more localised in nature and more avoidable. Hail just gets everywhere.” 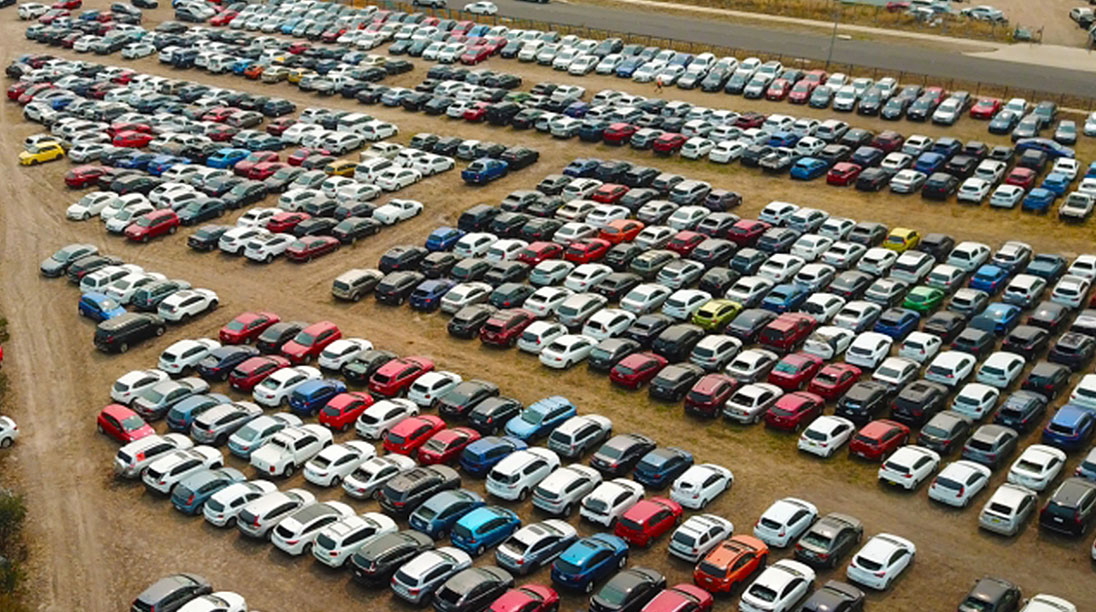