HINO Australia has strengthened its presence in NSW and Queensland with a new dealership building on the Sunshine Coast and renovated facilities in Tamworth and Toowoomba.

The truck-maker, which has more than 65 dealerships and services centres in Australia, is now represented on the Sunshine Coast with a new complex built by franchisee Wideland Group.

The group added upgrades to two of its other dealerships in Tamworth, NSW and Toowoomba in Queensland. It runs a further two Hino outlets in Maryborough and Muswellbrook.

Hino Australia’s general manager of sales and supply chain, Brian Wright, said Wideland had been a successful Hino dealer for more than a decade and has now significantly increased its investment in its customers in creating one of Hino Australia’s most prominent dealer groups.

“This expansion also aligns with Hino Australia’s ongoing commitment to continue to strategically increase our dealership network and provide greater accessibility to our customers,” he said.

Wideland Group general manager Chris Swain said Hino was an integral part of the company and the investment made over the past two years was focused on providing even better facilities and service to its Hino customers. 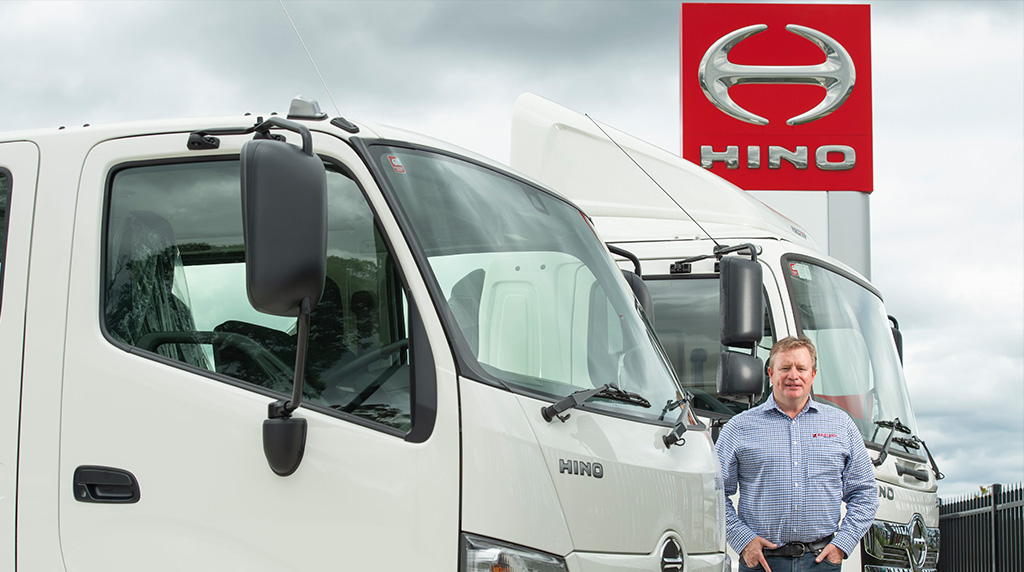 The purpose-built Sunshine Coast facility is one of Hino’s newest dealerships and features 25 per cent more workshop and parts storage space.

The display and vehicle storage area is 50 per cent bigger to provide better access for customers and more parking for heavy vehicles.

“From a service perspective, we can now offer express servicing and will soon provide in-house weighing and brake test services,” Mr Swain said

In Tamworth, Wideland moved into a larger, more prominent premise in August which has paid dividends with sales increasing by 10 per cent year-on-year. The new dealership also has 25 per cent more service capacity and ample parts storage.

In May 2021, Wideland Hino was also appointed as the authorised Hino dealer in Toowoomba.

“For Wideland Hino, this was a logical move as our head office is located in Toowoomba, and the Hino dealership there was the final piece of the puzzle,” Mr Swain said.

“Our extensive Hino dealership network allows us to best support customers in the region, and the order intake has surpassed our expectations.”