HONDA expects to drive its CR-V out of the scrub to places it has never been with the fifth generation of the SUV now on sale in Australia, forecasting 1200 units a month – an annual total of 14,400 – once the new series is up and running in the marketplace.

As much as Australians have warmed to the CR-V since it arrived 20 years ago – bringing with it a combination of car-like manners, flexible interior space and high-riding macho image of a 4×4 wagon – the Japanese brand’s compact-cum-medium crossover has never managed to break through the 13,000-unit mark in any given year, let alone 14,000, and has only passed 10,000 on one occasion (2013) since 2007.

To the end of June this year, the run-out model’s 2997 sales represent a 26.5 per cent drop on the same period last year, pushing the CR-V down to ninth spot in class – its lowest position ever – and handing it a mere 3.6 per cent share of the segment – again, the lowest point it has ever been. 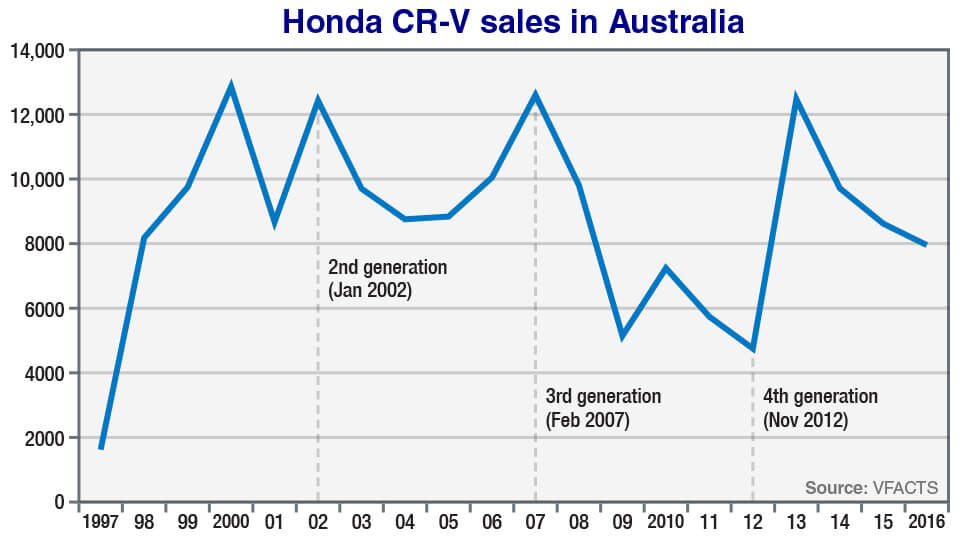 Last year’s 7970 sales for the full year placed the CR-V in eighth position with a 5.6 per cent share, repeating history for a model which has always impressed when a new generation arrives, only to fall back into the thicket in subsequent years.

Despite phenomenal growth in the segment, which last year racked up more than 142,600 sales, we need to go back 17 years, to the turn of the century and the model’s first generation, to find CR-V’s best year, when it sold 12,866 units for its third successive claim on class leadership and a 32.7 per cent share of what was then the compact ‘all-terrain wagon’ (ATW) segment – worth 39,300 sales across all brands.

It posted 12,449 sales two years later when the second generation arrived – for a 22.9 per cent share of a circa-54,000-unit segment – but, as the industry moved from ‘ATW’ to ‘SUV’ to better reflect the on-road nature of the fast-rising genre, CR-V sales and share generally headed southward until the third generation launched in 2007, taking sales back up to 12,642 that year for a 14.0 per cent slice of a booming class that had just broken through 90,000 units in the space of a year (+19.4 per cent).

Honda lost traction in the segment from that point onwards, the CR-V falling from second position to sixth by 2009 with only 5103 sales and a 6.0 per cent share – the global financial crisis and other external factors playing a role here although, again, it took a new generation at the end of 2012 to extract it from its biggest rut with 4733 sales that year and a 4.8 per cent share while the segment overall leapt another 20 per cent to 99,183 units. 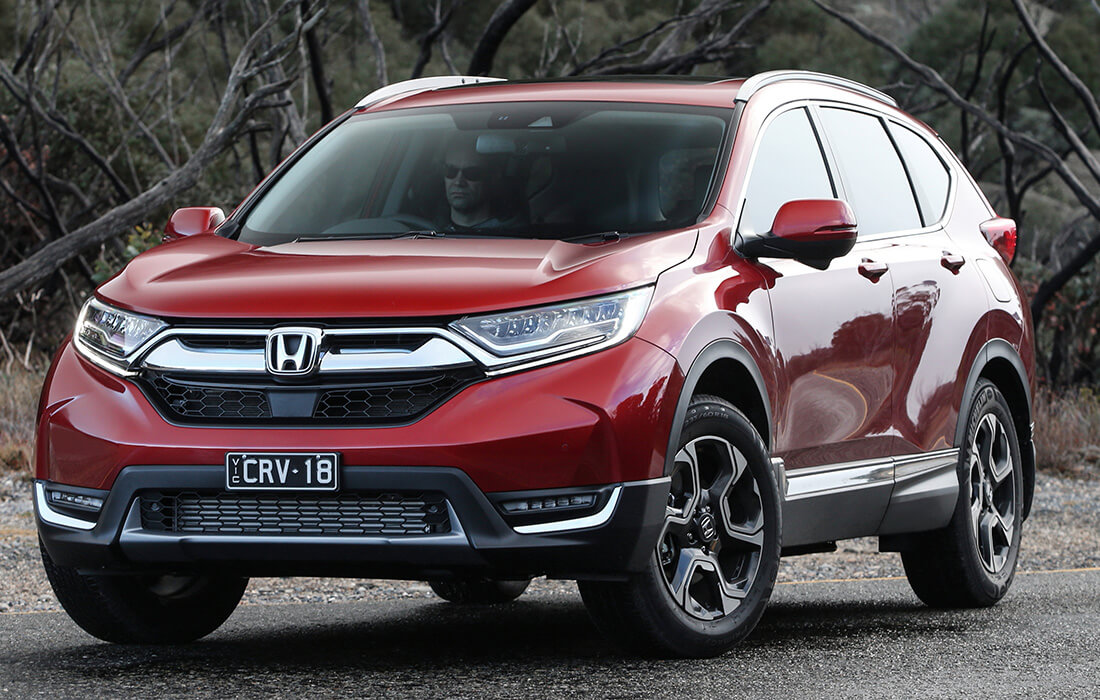 The fourth-generation CR-V brought immediate success, its sales skyrocketing more than 164 per cent in 2013 to its fourth-ever annual sales result in 12,000s (12,510), boosting its class position from seventh to fourth and taking its share back into double figures (11.6 per cent).

This continued growth in segment sales, the arrival of the new-generation CR-V – complete with a seven-seat option and turbo-petrol power for the first time – and Honda’s historical record of performing extremely well in the first full year of sales has clearly given the company confidence that the SUV will reach new heights in 2018, breaking that 12,866-unit record set so long ago and scything it way back through the scrub to open fields where it can at least catch a glimpse of its major rivals, most of which are a long distance ahead. 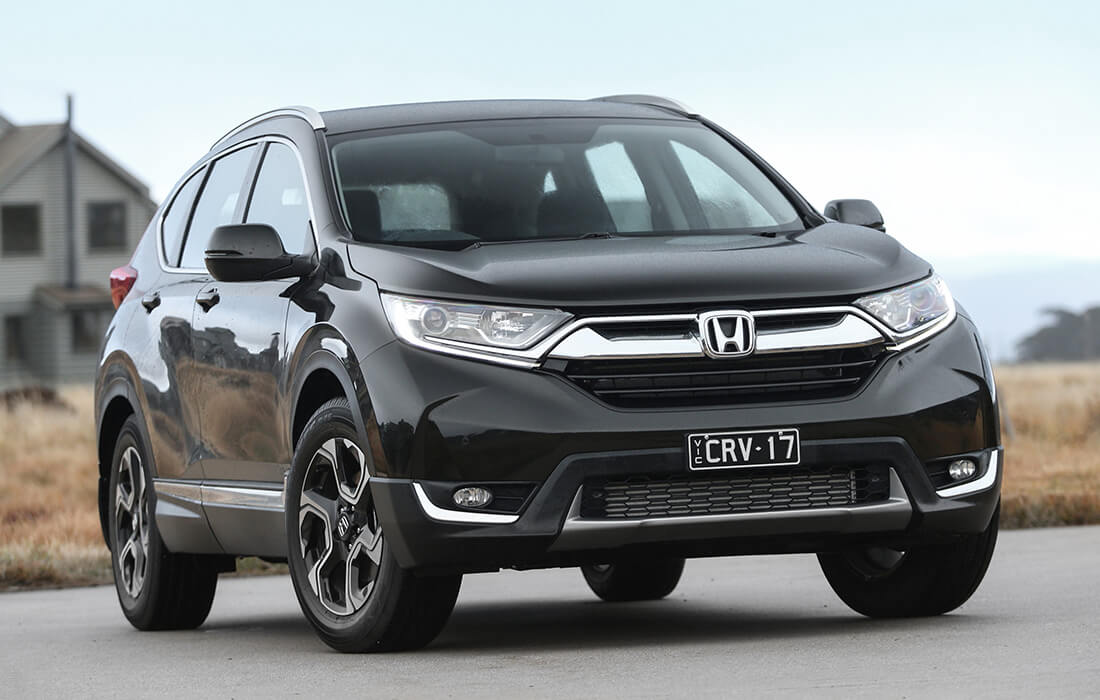 Of these, only the Forester has not experienced further growth in the first half of this year, with most scoring double-digit increases and some, such as Tucson, Sportage and Outlander, beyond 33 per cent ahead for the year to date.

This has pushed the entire sub-$60K mid-size SUV class to 82,925 units after the first half of trading, a rise of 19.5 per cent over the first six months of 2016 that sets the segment up for another quite incredible year which will not only bulldoze through the 150,000-unit mark but could even reach 170K come December 31.

The new CR-V will figure in this record-breaking result, and is sure to play a significant role in yet further growth in 2018.

The question really is to what extent and, with the weight of expectation upon the key model once again, for how long?