JAGUAR Land Rover (JLR) Australia will more than double the size of its headquarters this year, when it will, for the first time, merge its sales and marketing office with a training academy in a new facility near Sydney airport.

The local division of the British car-maker has for the last decade shared a business park with Volvo, and more recently Kia, 15km north-west of Sydney’s CBD and 25km from its new premises. However its technical training centre was positioned further west, in Parramatta, and was also a shared facility.

According to JLR Australia managing director Matthew Wiesner it made no sense to continue with two sites, especially given that traffic issues had affected the productivity of service technicians flying in from other states for training.

“We’ve currently had a very separated training facility away from head office here in North Ryde, it has been adequate but not what you would call a very premium environment or advanced given the brands that we have,” Mr Wiesner told GoAuto.

“Now we’re bringing everything together, our head office and our training academy. The location is close to the airport, given we have a lot of people coming in from around the country, because movements from the airport to where the training academy is now is another hour or so on the road, and that’s not a great experience for those coming in for various programs.

“(But) it also gives a presence that we don’t currently have from a commercial perspective. We should be projecting a fairly strong premium presence with the brands that we have, and currently we’re a bit hidden here in North Ryde, and the training academy is hidden out there (in Parramatta).

“We should be delivering a much stronger presence for JLR, as this will do so. It’s way overdue from a technical perspective.” 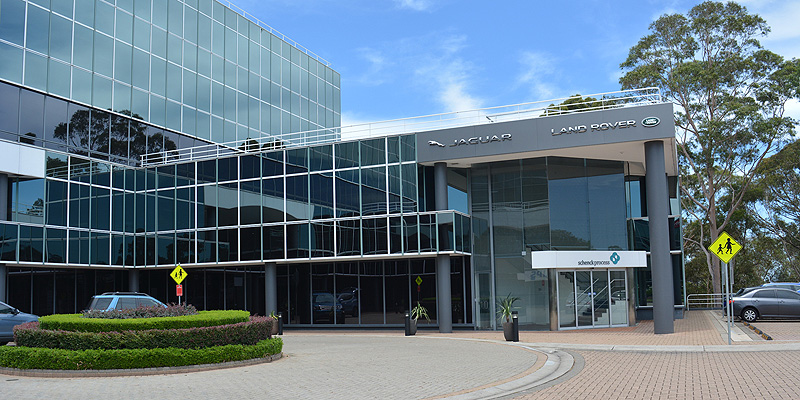 Moving on: Jaguar Land Rover Australia will move its headquarters this year from its current location (left) in North Ryde.

Mr Wiesner revealed that the current JLR Australia headquarters is around 1000 square metres, while the training facility is considerably smaller than its replacement will be and is “shared with a number of other brands because it’s purely technical training facility”.

“(But) what we’re creating is a technical and non-technical training facility, which obviously requires a lot more space for all the lectures and workshop spaces. The ground and the first floor of this facility will be completely dedicated to our training academy.

“The new facility there will be a bit over 4000 square metres (and) it’s also a more modern environment to make sure we have a more efficient, and a more attractive environment for our employees who love working here.”

The combined facilities have been tagged a Centre of Excellence by JLR Australia, with the floorplan and design currently in the final stages of approval before its expected completion in October 2018.

JLR Australia has also doubled employee numbers within its current headquarters, from 50 to 100 over the past three years in line with sales growth.

“Capacity was important, we’ve effectively doubled the headcount over the last three years, and also brought in house some contract roles and bits and pieces as part of that,” Mr Wiesner continued.

“Especially when you have call centres internally now, and so on, we started to really feel the pressure earlier this year and it’s very cosy at the moment you might say.

“We need more space to be able to do what we need to do, and it’s the next part of our development and hopeful growth over the next years.” 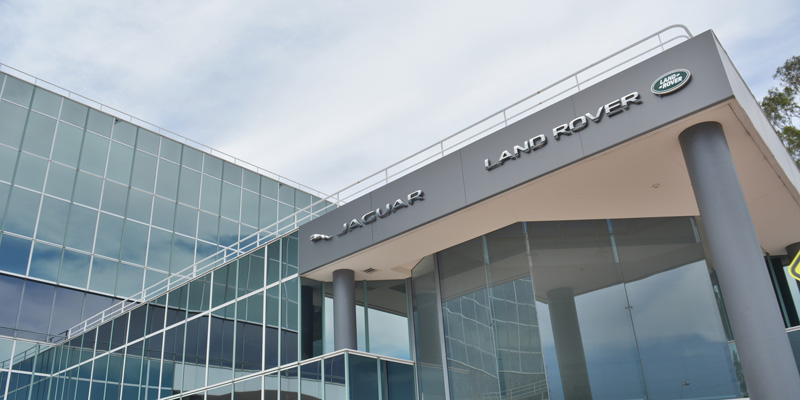 The move does, however, mean that some staff will need to significantly extend their daily commute to one of the most dense growth areas in New South Wales. To get from the existing premises to the new site would add around an hour or more to a drive in peak periods, and it requires using two toll roads.

Mr Wiesner said this was a prime consideration, and so the move would enable JLR Australia to implement more flexible working hours and modernise its business practices overall.

“We’re very mindful of Sydney being Sydney and it’s sometimes challenging to get around,” he continued.

“As part of the move … the modern working environment needs to be reasonably flexible as well to make sure we’ve got the right technology in place, and stability for our people to manage their working time.

“Gone are the days, as far as I’m concerned, where it’s strictly a 9-to-5 business. Everybody is actively involved and thinking about what they’re doing over various times of the day or night and sometimes weekends. So we do understand that and make sure that there is some flexibility about the way we operate within a global organisation, and respect staff in that context.

“We show a lot of trust in them to work in such a future way as well, so there will be a lot of change in the way we do things, which is obviously starting to happen in many organisations around the world.”