LEXUS has topped the latest Roy Morgan customer satisfaction survey with the highest-recorded rating of 97 per cent, handing it the Car Manufacturer of the Month Award for August 2019.

Roy Morgan described the rating as “remarkable” and said that over the past five-and-a-half years, the Japanese luxury brand had maintained a satisfaction rating of between 94 and 98 per cent.

The accolade coincides with the Lexus RX winning the JD Power quality award in the US for 2019.

In the Australian researcher’s recent Automotive Brand Customer Satisfaction Report, Lexus was followed by Kia, Mercedes-Benz, Suzuki, Land Rover, Subaru and Toyota, all with a customer satisfaction rating of 94 per cent.

These were followed by Mazda, Isuzu Ute and Volvo, each with a 93 per cent satisfaction rating.

The data came from the Roy Morgan Single Source survey that holds face-to-face interviews with more than 50,000 Australians over 12 months. 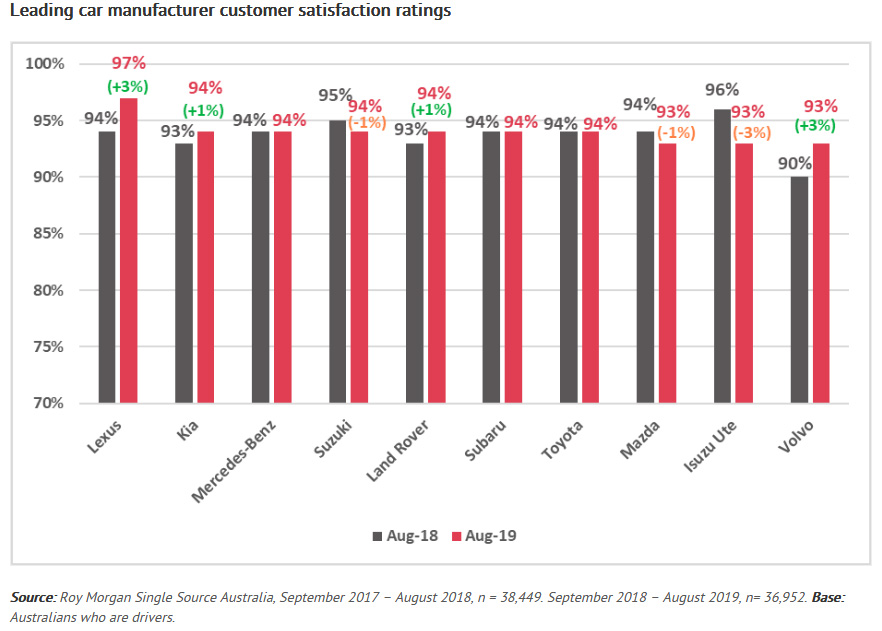 “The wide-ranging choice that consumers have with vehicle brand, make, size, power and comfort, as well as a selection of cars from all over the world, has contributed to an industry with extremely high levels of customer satisfaction,” she said.

“Lexus’ customer satisfaction rating of 97 per cent is three per cent higher than next-placed Kia on 94 per cent.

“While this lead may appear minor, it isn’t. The satisfaction ratings of the following nine leading car manufacturers are separated by only one percentage point which shows the significance of Lexus’ lead.”

Over the past year, both Lexus and Volvo have enjoyed the largest increase in satisfaction ratings with a three per cent lift.

“The 2018 Car Manufacturer of the Year, Isuzu Ute, experienced the biggest decline of three per cent,” Ms Levine said. 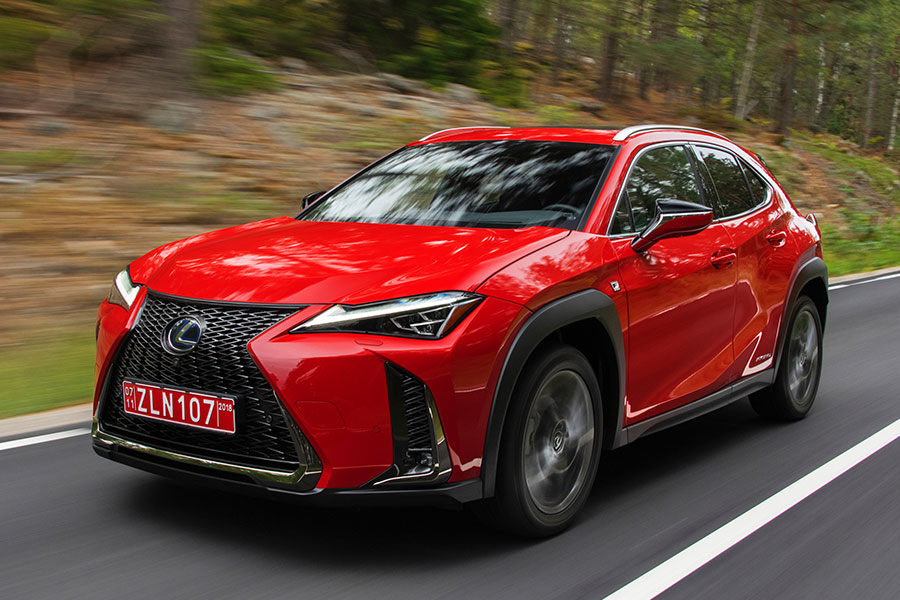 The Lexus win for August was its seventh straight monthly award this year, securing the brand the annual customer satisfaction award for 2019.

Lexus has now won five Car Manufacturer of the Year Awards since its inaugural win in 2014.

Ms Levine said based on Roy Morgan data, the typical Lexus driver would likely be a man aged in the 35-49 bracket who lives in New South Wales. He would be educated, employed, and far more likely than the average Australian to be earning more than $100,000 per year.

“Lexus drivers tend to be professionals and managers, placed in the top socio-economic status quintile, and classed as big spenders,” she said.

“Unsurprisingly, given their relatively secure financial situation, most of them are optimistic about the future. Family is very important to them, and they place great emphasis on providing their families with a high-quality environment.

“They also care about their health, and are more likely than the average Australian to be concerned about their cholesterol levels and sugar intake. The majority are also eating less red meat these days.” 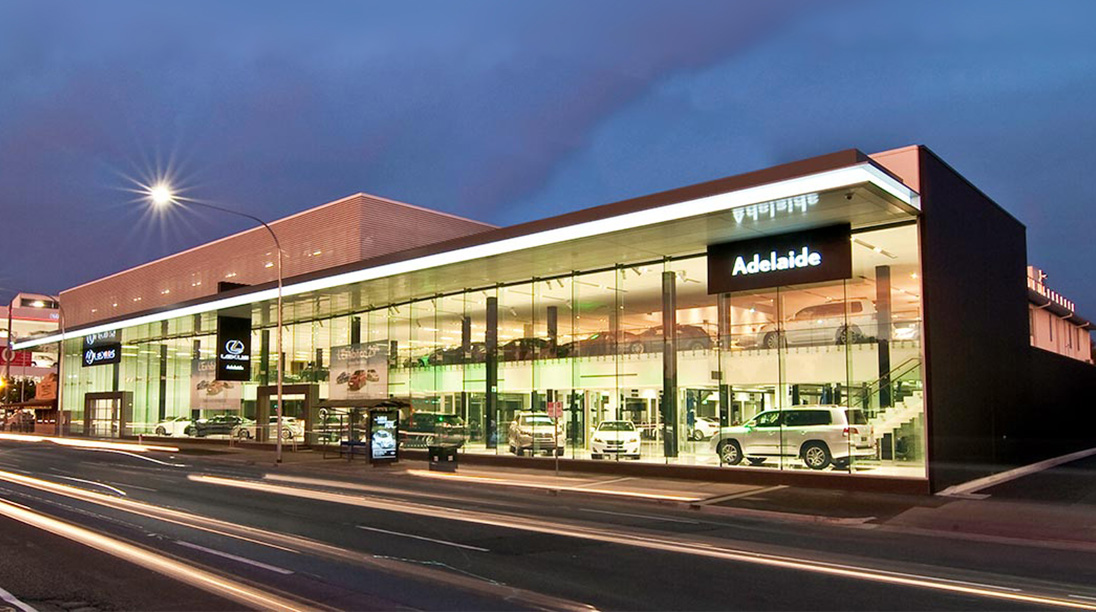