HOLDEN’S announcement that it is closing down its rideshare ownership business model, Maven, has opened the doors for rideshare specialist DriveMyCar to step in to provide certainty to Uber drivers in Maven vehicles.

Maven was estimated to have between 1000 and 2000 cars in drivers’ hands, with many of them Uber drivers.

DriveMyCar is also a major provider of cars for Uber drivers and is now working hard to ensure that Uber drivers will not be without a livelihood when their Maven vehicles have to be returned.

Chris Noone, the CEO of Collaborate Corporation, which owns DriveMyCar and car subscription services provider Carly, told GoAutoNews Premium that the closure of Maven was an opportunity for his company.

“We think Maven was a fairly significant provider to the rideshare market. So rideshare vehicles are being pulled back from the field,” he said.

“The concern from our side is that the vehicle was the livelihood (of Uber drivers) and if that vehicle is not going to be available to them in future, that is a concern. They are not just losing a car to drive around but they are also losing their income.

“We are not sure of the timing, but given that Maven is closing they will definitely be wanting those vehicles back at some point. That is likely to be earlier than those drivers were expecting those vehicles to go back so they will need to secure an alternative supplier.

“We are officially authorised by Uber to provide those vehicles. So DriveMyCar is working as hard as it can to provide vehicles so that there is a seamless transition to those rideshare drivers.

“We are providing offers to Maven users to encourage them to come over to us. We are also working with the providers to our marketplace, the owners of the vehicles – dealers, fleets, OEMs – to increase the number of vehicles they are providing to us so that we have the right types of cars those drivers are looking for.

“So we have already had those conversations and have already ramped up the number of vehicles we are bringing in and making them available to that market,” Mr Noone said.

Maven only had Holdens but DriveMyCar has a range of vehicles from a number of other manufacturers, including Holden.

Mr Noone said that rideshare accounts for about 40 per cent of the DriveMyCar revenue.

“Uber is a good market for us. Our focus in the general business is on Carly and car subscriptions but we still see great potential with the DriveMyCar brand and rideshare as well,” he said. 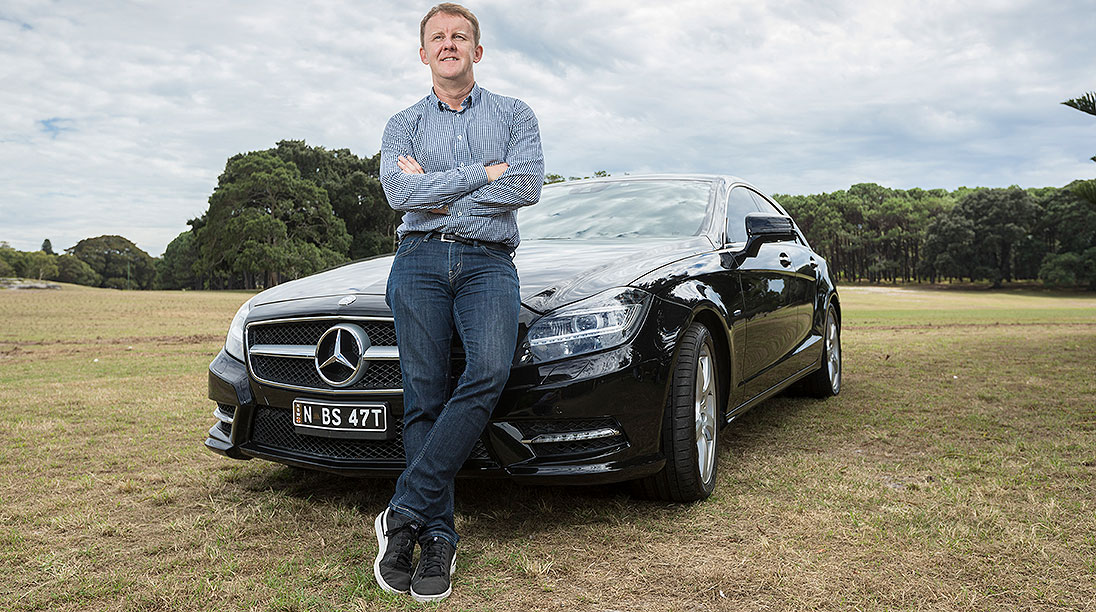 DriveMyCar is the rental brand of Collaborate Corporation and Carly is the car subscription brand.

Within DriveMyCar there is a special rideshare product under which DriveMyCar is authorised by Uber as a provider of vehicles to Uber drivers.

“We do an onboarding process in conjunction with Uber to make sure all the insurance and driver applications are done correctly so that both the drivers and the passengers are protected,” Mr Noone said.

“We have rental periods with a minimum of seven days for those cars but typically the Uber drivers keep them for months and months at a time.

“We also provide an accident replacement product for Uber drivers as well.

“So if you are an Uber driver and you own your car and you have an accident and your car is off the road for a few weeks you cannot just go and get a normal rental car and start driving again because that rental company won’t be authorised by Uber.

“So we provide an accident replacement product that also serves the needs of Uber drivers who own their own cars and need a temporary solution.”

Mr Noone said that Carly was seeing both the increased difficulty of buyers in getting finance approvals and even concern over the economic implications of the coronavirus as business opportunities.

Carly is a provider of car subscription ‘ownership’ services in which people are able to get the latest in cars while only having to commit to a maximum of 30 days. They can hand the car back with 30 days’ notice.

It saves people committing to purchase contracts that tie them down for three years or more and avoids the management of disposing the asset at the end of the period.

In the current business environment following the banking royal commission, Carly is getting people behind the wheel who have the means to own a car but struggle to get the bank approval for a loan.

Mr Noone said that fears about the economy and fears about job security which have been exacerbated by the spread of coronavirus were providing more of a reason to go for a more flexible option to owning a car.

He said that dealers and OEMs of any size in locations across Victoria, New South Wales and Queensland are encouraged to get in touch with DriveMyCar.

“If they have been considering the rideshare opportunity now is the optimum time with the influx of demand expected in the coming months,” he said.