WHAT do David Bowie, Kate Moss and Kristin Cosenza have in common? They all have designed their own Minis and in Kristin’s case, her Mini Art Car will be on display at the Brisbane Powerhouse until the end of August.

Her Mini was selected as the winner of the month-long Mini Art Car competition held by Mini and the Brisbane Powerhouse arts hub.

The collaboration invited artists, designers, and creators to interpret the theme “Power Up” on a Mini Cooper three-door hatch for the Powerhouse as the institution celebrated reopening its doors.

Ms Cosenza, a Melbourne-based graphic designer who owns a Mini Cooper S, took home top honours with her design that centred on the “Power Up” theme. 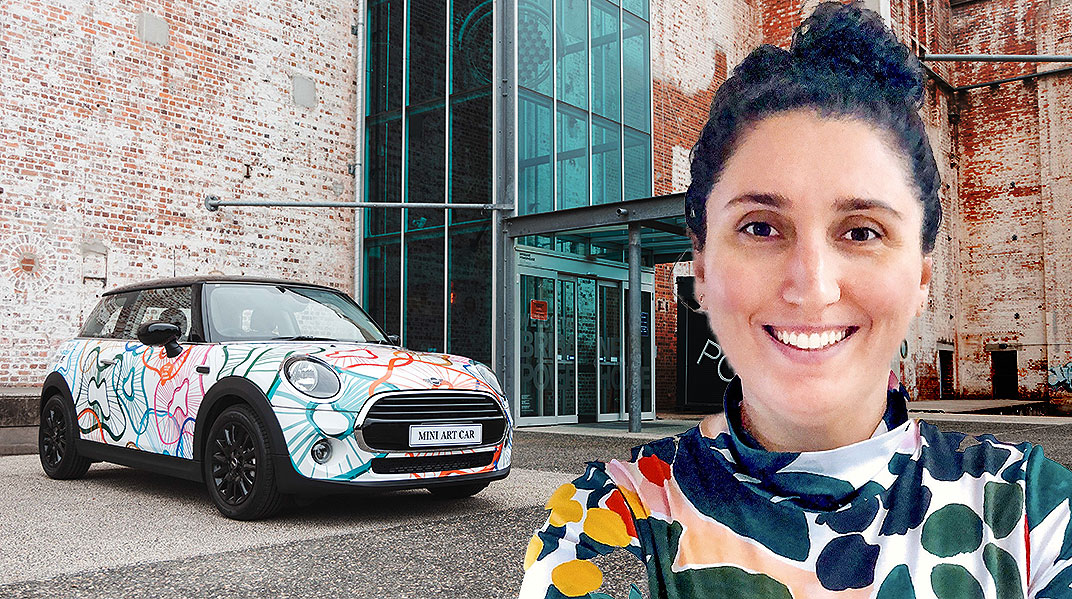 She took inspiration from the car’s ability to switch up the standard driving mode into a more exhilarating sport experience. In the transition, the car’s cabin lights change colours, and the infotainment screen buzzes.

The shapes and forms she created for the final canvas resemble a webbed spectrum of power, torque, handling ability and go-kart thrill – likely representative of her own Mini – a high-performance Cooper S variant.

The rounded spectra blend reflect the seemingly free-flowing curves of a race track and the punchy colours and fluid lines represent the feeling of freedom and creativity against the white canvas.

The final touch on the completed wrap is a credit mention to the artist with Kristin’s name printed along the side of the car.

Of her win, Ms Cosenza said: “I was incredibly excited and quietly surprised that my artwork was selected by an overwhelmingly cool panel of judges for the Brisbane Mini Garage and Brisbane Powerhouse Art Car competition.”

“I am super happy with my Mini Art car win and that it was a part of reigniting the spark for Brisbane Powerhouse. Thanks to everyone involved for making my idea a reality.”

Kristin now joins the likes of David Bowie, Kate Moss and Paul Smith who have also designed their own Minis. Her Mini Art Car will be on display at the Brisbane Powerhouse until the end of August. 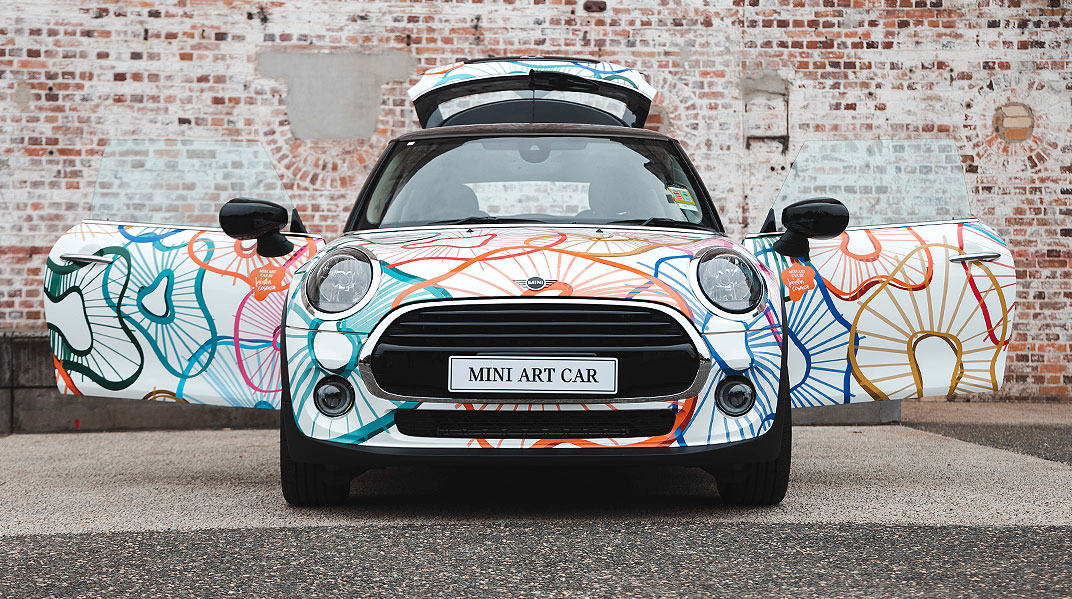