New president for ITS Australia

ITS Australia has elected HMI Technologies Australia chief executive Dean Zabrieszach as its new president, replacing RACV strategic adviser Brian Negus who steps down from the position after six years.

The peak industry body for intelligent transport systems in Australia also has elected Queensland department of transport and main roads general manager (land transport safety) Dennis Walsh as its new vice-president, replacing Mr Zabrieszach, while the ITS Australia management team has been recently bolstered by the appointment of Stacey Ryan to the newly created role of policy manager.

Kathryn Belton has also joined as communications manager in a workplace that ITS Australia describes as an “unusually all-female technology organisation” led by chief executive Susan Harris. 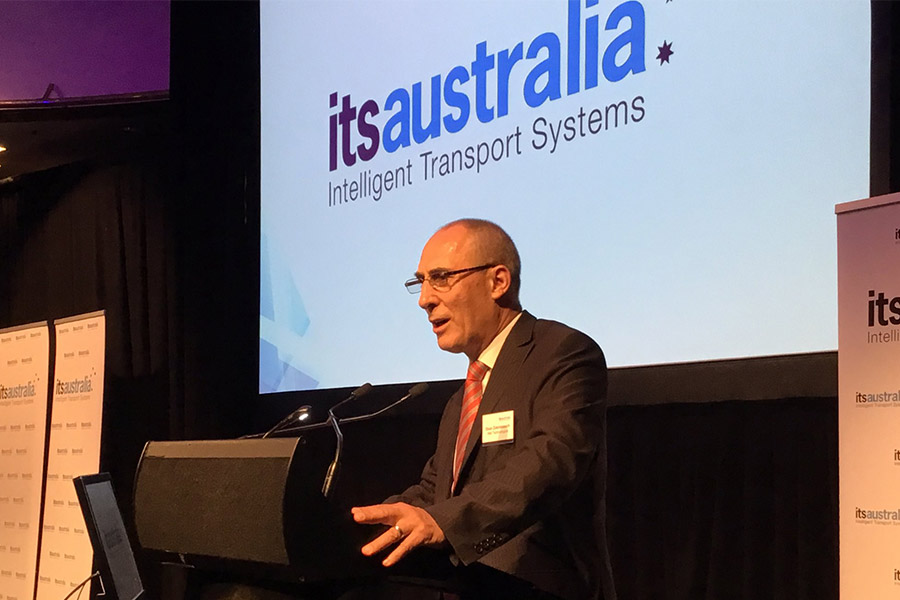 Well placed: Dean Zabrieszach already plays a key role in the ITS industry in Australia and now steps up as president of its peak body.

Stepping down are John Hawkins (formerly Visionstream) and Andrew Mehaffey (formerly NSW Roads and Maritime Services), both of whom now work for HMI Technologies.

The board brings together many of the major players in the Australian transport sector charged with advocating new technologies – in-vehicle, vehicle-to-vehicle, vehicle-to-infrastructure and mode-to-mode systems, for example – that aim to improve “safety and sustainability, reduce congestion and improve the performance and competitiveness of Australia’s transport networks”.

This includes involvement in the fast-growing autonomous vehicle sector, be it through promotion, facilitating collaboration or partnering directly with industry, government and academia.

Mr Zabrieszach has served as head of the Australian arm of the New Zealand-based transport technology company HMI Technologies since 2015 and previously spent more than three decades with VicRoads in a variety of roles including program development manager, ITS manager and director of road user services and road operations.

Ms Ryan’s appointment as ITS Australia’s policy manager is designed to help build the organisation’s reputation as an international leader in the field, following its hosting of the ITS World Congress in Melbourne last year and as ongoing progress is made in terms of regulatory frameworks and deployments of technology.

She spent the previous three years as government relations and digital business consultant for the Australian office of multinational engineering and professional services firm Arup.

Ms Belton joins ITS Australia after three years as marketing manager for Intelematics Australia, and together with Ms Ryan will play a major role in raising the profile of ITS initiatives among stakeholders.

In announcing the appointments, Ms Harris said: “We are delighted to have secured the best candidates for these roles here at ITS Australia. Whilst it was not intentional to hire only women into these roles, rather unusually for an automotive technology based organisation it has resulted in an all-female staff.

“As transport professionals we are best placed to serve the diversity of the travelling community if our overall workforce reflects this diversity, so in a way we are leading by example, and I hope we can continue to inspire other women and organisations through our results.”