FCAI: South Australia ‘only world jurisdiction to turn its back on climate change’

INDUSTRY bodies and OEMs have grouped outrage at the South Australian government for its world-first plan to place a tax on low and zero-emission vehicles as NSW also rekindles interest in reviving similar plans discussed earlier this year.

The grab for another tax from motorists – in addition to stamp duty, GST, luxury car tax and charges from registration, insurance and fuel – is in contrast with some other states that have embraced EVs as a partial solution to reducing greenhouse gases from the transport sector.

It also comes at a time when the Conservative government in the United Kingdom has announced that no diesel or petrol vehicles will be allowed to be sold in the UK from 2030; just a decade away.

However the state governments argue that all road-users have to pay their way for roads and transport infrastructure via fuel taxes and all they are doing is ensuring that they do not lose excise tax revenue as the fleet swings more progressively over to EVs.

A survey by GoAutoNews Premium into the thoughts of OEMs found that Australian importers are “embarrassed” in front of their offshore parent companies by the state government’s attitude.

“All around the world, developed countries recognise the environmental and health benefits of low and zero-emission vehicles,” he said.

“South Australia is discouraging the uptake of environmentally friendly motoring and is turning its back on the topic of climate change” which would make the state “the only jurisdiction in the world that actually opposes the uptake of low and zero-emission vehicles.”

Aside from the perplexed expressions from the head offices of local OEMs, and no comment from the federal government, the South Australian and NSW stance has already put the brakes on plans by some car-makers to expand their EV ranges in Australia.

In a statement to GoAutoNews Premium, one OEM, Jaguar Land Rover (JLR) – which markets the Jaguar i-Pace EV, Range Rover PHEV and Range Rover Sport PHEV – said with incentives it could quickly add five more PHEVs to the Australian line-up next year.

JLR Australia said that it shares the concerns raised by the FCAI and the Electric Vehicle Council although it understood the state’s longer-term need to transition taxes to a different model given the forecast reduction of fuel excise.

“But with only 0.6 per cent of vehicles sold in Australia last year being EVs, we strongly believe that both the federal and state taxation policies should be encouraging the take-up of EVs at this time rather than introducing taxation regimes that are likely to cause the reverse effect,” it said in a statement to GoAutoNews Premium.

“We therefore strongly oppose the introduction of a road user charge for EV customers from July 1, 2021”.

JLR said its “Destination Zero” document set out a strategy to a zero-emissions future with the car-maker’s aim to make societies safer and healthier, and our environments cleaner.

“We therefore have a wide range of current and planned low and zero-emission vehicles that we would love to bring into Australia and make available to our customers but the market size is currently insufficient for this to be viable,” it said.

“Unfortunately the South Australian government’s road-user charging scheme is likely to further suppress demand for EVs and therefore deny Australian consumers the wide choice of low-emissions technology that many other countries enjoy.”

It said that in 2021 with the appropriate incentives in place it could also offer Range Rover Evoque, Land Rover Discovery Sport, Range Rover Velar, Jaguar E-Pace and Jaguar F-Pace PHEVs.

Hyundai Motor Company Australia (HMCA) told GoAutoNews Premium that its ability to secure EVs for the Australian market was already challenging because of the lack of any emissions targets and the lack of government incentives to encourage EV take-up.

“Australia differs to most advanced nations (because) of its lack of policy in this area,” said HMCA general manager of corporate communications and partnerships Bill Thomas.

“Despite that, our parent company has been hugely supportive of its Australian operation and we have been able to import the vehicles we need with supply at the moment being sufficient.

“We are looking forward to launching the new Ioniq5 next year to further progress our EV range. More taxes like this across Australia may adversely affect us but it’s impossible to predict.”

“All across the world, we are seeing significant government support for EVs. These demonstrate a clear understanding of electric vehicles’ contribution to the reduction of emissions and pollution, especially in cities,” he said.

“Hand in hand with the shift to green renewable energy on a broader scale, EVs are a key driver for cleaner, quieter, pollution-free mobility.

“This tax seems at odds with the great work the state of South Australia has been doing in the field of renewable energy and it’s a shame the automotive industry was not consulted before it was announced.

“We would encourage more consideration and consultation before this tax is put into place.”

“The proposed road user charge on electric vehicles by the South Australian government is disappointing.

“At a time when we need supportive policy measures across all levels of government, this proposed tax would only discourage road users from considering electrified vehicles that significantly reduce CO2 emissions.”

Audi Australia managing director Paul Sansom said that even from a revenue standpoint “it is hard to understand why some Australian state governments would consider de-incentivising EVs, as the cars haven’t even gained any real traction in this country yet.

“We are at such a crucial stage right now as we move toward broader electrification, thanks to the growing number of EVs being brought to market by established manufacturers,” Mr Sansom said.

“Such decisions seem designed to slow progress when every other government body in the world is doing all they can to accelerate progress.”

BMW Group Australia said that it believes any tax that hinders the potential for uptake of electrified vehicles in Australia is highly detrimental.

In a statement to GoAutoNews Premium, it said it was committed to continuing to increase its new plug-in hybrid and fully electric vehicle product offering to the local market in the future, including with the iX3 and iX in 2021.

“But we also require the support of governments and authorities to encourage customers to make the step towards electrified vehicle ownership,” it said.

The NSW government announced its plans in the same week as the South Australian government’s plans were unveiled.

FCAI’s Tony Weber said the NSW announcement “showed just how far behind some Australian states are when it came to encouraging environmentally friendly initiatives”.

“The announcement by the NSW treasurer shows just how out of step parts of Australia are when it comes to climate change,” he said.

“All around the world, global automotive companies have invested billions of dollars to develop environmentally friendly vehicles.

“And all around the world, progressive governments have supported the introduction of these vehicles.

“But here in Australia, we inhibit their introduction by levying extra charges on them.  It simply beggars belief at this early stage of electric vehicle introduction.”

The news about two states looking at the additional tax on EVs comes at a point of conflict in debates on the need for a climate-change solution and the balance of maintaining economic health.

For example, it  comes in the same week as the ACT said it would offer a zero-interest loan up to $15,000 and free registration for two years on EVs. The ACT already has no stamp duty on EVs and has the highest per capita number of Tesla EVs in the country.

It also coincided with the The Bureau of Meteorology and CSIRO’s sixth biennial State of the Climate report saying that reducing greenhouse gas emissions “will lead to less warming and fewer impacts (extreme heat, heavy rainfall and coastal inundation, fire weather and drought) in the future”.

It said these impacts “have a large impact on the health and wellbeing of our communities and ecosystems. They affect the lives and livelihoods of all Australians” and that Australia “needs to plan for and adapt to the changing nature of climate risk now and in the decades ahead.”

“Despite a decline in global fossil fuel emissions of CO2 in 2020 associated with the COVID-19 pandemic, this will have negligible impact in terms of climate change,” the report said.

“Atmospheric CO2 continues to rise, and fossil fuel emissions will remain the principal driver of this growth.”

Meanwhile, In the UK, prime minister Boris Johnson this week released a 10-point plan for a “green industrial revolution” that will create and support up to 250,000 British jobs as it ends the sale of new internal combustion engine (ICE) cars and vans by 2030. Hybrid cars and vans will be available until 2035.

The plan includes £1.3 billion for the rollout of EV charge points; £582 million in grants for buyers of zero or ultra-low emission vehicles; and almost £500 million over four years to develop and produce EV batteries. 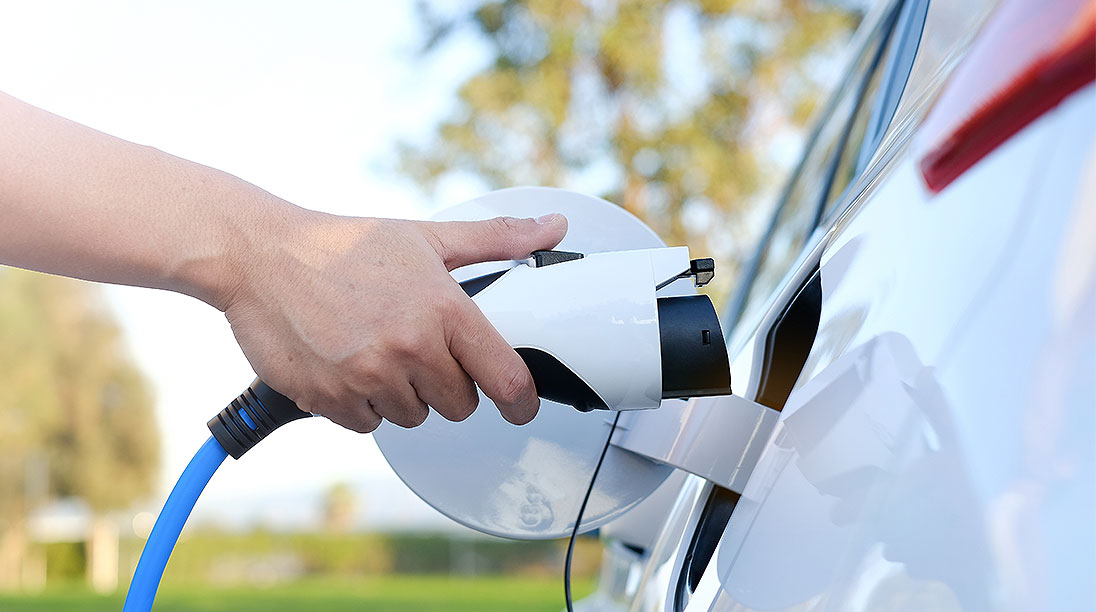