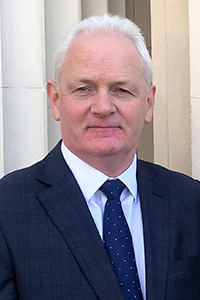 THE federal government is attempting to introduce yet more legislation that is set to create even more damage to the automotive retail sector and potentially lead to unemployment and further reduce dealership margins, according to the Victorian Automobile Chamber of Commerce (VACC).

VACC chief executive Geoff Gwilym told GoAutoNews Premium that the removal of point-of-sale exemption – proposed by the federal government as part of the final report of the Hayne Royal Commission into the banking and finance sector – hits hard on dealers at a time when flagging new-car sales are damaging their business viability.

Mr Gwilym said the VACC is urging the government to listen to the industry before implementing any recommendations that will impact a dealership’s ability to assist a consumer in acquiring finance.

“It is truly an unnecessary bit of licencing that I’d describe as bureaucracy gone mad,” he said.

“The history of this recommendation (within the report into ‘Misconduct in the Banking, Superannuation and Financial Services Industry’) is that it was taken up by both sides of government before the federal election, and after returning to power the government is committed to it.

“We don’t think it has been properly thought out. The report is also wrong in believing there is market failure with the dealership-sourced finance system – there isn’t.

“There is a lot of negativity to this but probably the biggest point is getting the government to show us the market failure that has caused the proposal to remove the POS exemption.

“We want the government to tell us the percentage of complaints that are genuine complaints from consumers against motor vehicle retailers. I can tell you from our Victorian perspective that it’s less than one percentage point.

“It’s disproportionate to what the government is claiming.

“The other thing they haven’t factored in is that to obtain the credit licence, treasury has said it will take eight to 12 weeks.

“From July 1, 2020, all dealers have to have the licence in place or have the process in place by that date. So an eight-to-12-week wait means that in Victoria alone, you may have 2243 dealers applying for an ACL. That will be a disaster and I told treasury that it doesn’t auger well for them.

“Add the flood of applications from all other dealers nationally, whitegood retailers, dentists and veterinarians and the like and you can see the magnitude of the task.” 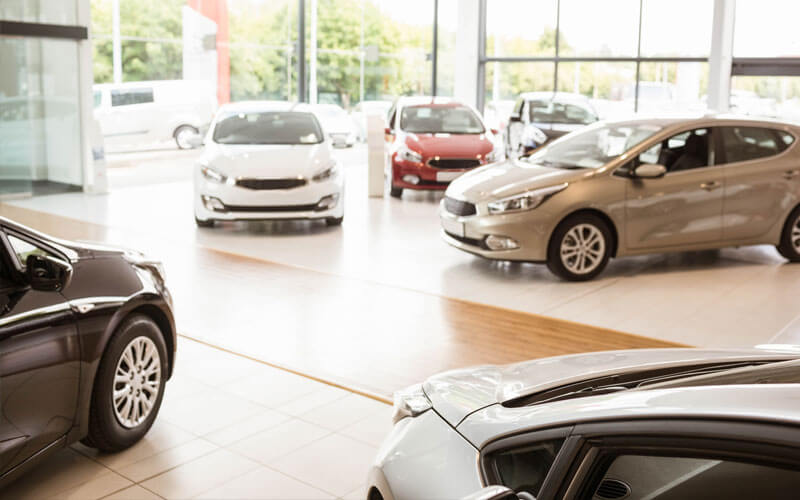 Mr Gwilym said what the VACC and its members do not understand is why the government is making it so hard for the dealer because consumers cannot take responsibility for themselves.

“At what stage do we take this? Our most recent reports show that of the total complaints received from all automotive retail sectors, LMCTs , workshops, everything, less than 0.002 per cent end up with action from the regulator,” he said.

“Of those, the issue regarding finance from dealerships does not rate a mention. It’s truly overkill. All because less than one per cent of consumers had a bad experience with a dealer because they didn’t understand, listen or suffer buyer remorse.

“Those dealers who have done the wrong thing will always be caught out, and the correct punitive measures applied. We support that and we know that all dealers support good governance.

“If it was 50 people who had a problem in Victoria alone because of lending practices, in comparison with how many vehicles are sold and how many deals are being written by dealers, it doesn’t even register. And if there was a problem, it is usually resolved by consumer protection in the consumers’ benefit.”

“It should be the person loaning the money and not the introducer who is responsible in cases such as the car dealer helping a customer get finance,” he said.

“But the proposed recommendations put all the onus on the dealer and none on the consumer or the financier. 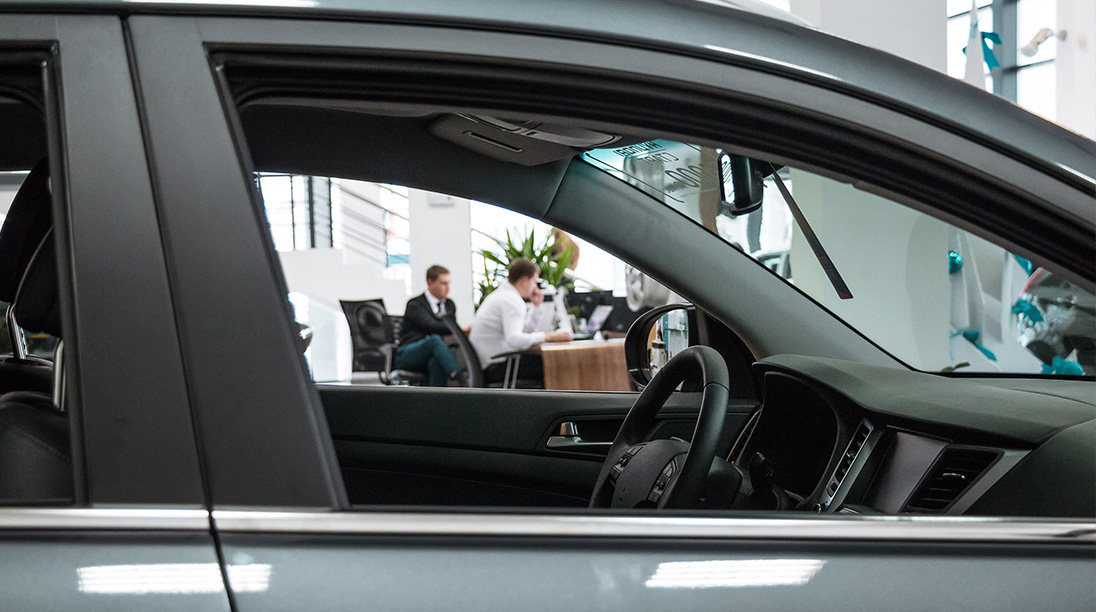 “The government makes it really hard for good people to get finance from good businesses.”

The VACC is not alone in this. Mr Gwilym said the ramifications went beyond car dealers and into all retailers.

“This may apply to the likes of a JB HiFi store or David Jones or the dentist – anyone who can offer credit to help a consumer pay for the goods or services,” he said.

“A lot of people finance big-ticket items. These people live pay-to-pay and when the retailer offers credit, it makes it easy for that person to buy the goods.

“If this is taken away from the retail system, then the consumer may be forced to do one of two things: they will walk out of that business and will never come back because it was just too hard and then the consumer will go to an easier source of finance such as a pay-day lender or a pawnbroker or loan shark; or they’ll go online and get it all from overseas and Australia loses the trade, the GST, everything.”

In a letter to members, the VACC said: “The fact that a consumer can currently obtain finance from a dealership in a cost-effective, convenient one-stop solution that benefits all parties makes the proposed tougher criteria all the more staggering.

“It must be noted that government concern regarding dealer-arranged finance belies the royal commission opinion that, although delinquency indices for motor vehicle loans have increased since 2012, they remained at low levels in absolute terms.

“VACC and the Australian Retailers Association were surprised that as the POS exemption was only briefly mentioned in the royal commission’s interim report that the government took such a stringent policy direction.”

The VACC’s industry LMCT policy lead Michael McKenna recently flew from Melbourne to Canberra to meet with treasury representatives to deliver the VACC and car dealer position on legislating the proposal.

He said that treasury “were good, they laid their cards on the table, we responded”.

“They listened, but there was no commitment from them to change,” he said.

He said that this meeting requested that the government show where the market has failed and why the government reaction is disproportionate to the level of consumer complaints or issues.

“That was not forthcoming. The last thing car dealers need – and I take it we all know what VFACTS (industry sales figures) looks like – is another reason for a person not to walk into a dealership,” Mr McKenna said.

“Another reason is why the cyber reporting of the past was always going to haunt dealers.

“We have been telling the government how good we were going, when in fact the market was, by our estimates, 30 per cent out of whack. We are seeing a correction there, not actual sales.”

He said it was unknown if the changes, which are being pushed by prime minister Scott Morrison and treasurer Josh Frydenberg, will be individual or business licences.

“It could mean that the F&I person will be the most relied-upon person in that dealership. If you have individual licences, you may need two, three or four people with licences to cover for the F&I person in case of holidays or sickness or leaving or simply not being available,” Mr McKenna said.

“There is some talk of finance companies – and I have heard of Toyota Financial Services here – for bigger dealerships to place one of their representatives within that dealership.”

Mr Gwilym said he was pleased that treasury is talking to the VACC but against this is the fact that the prime minister and the treasurer both want this.

He said that treasury heard what the VACC had to say and now it is up to the VACC to push the case for the industry.

“This avalanche of taxes is biting hard. Right now, the Victorian Automotive Dealer Association (VADA) is doing work with Deloitte to show the Victorian government how the ‘super luxury tax’ is hurting. It’d be the same in Queensland.

“Throw another licencing regime on top and all the costs associated with maintaining that licence then you will see an increase in downsizing and services.

“This is the impact of all these regulations in finance, lending obligations, licencing, land tax and so on. Something has to give when you weigh the industry down with these burdens.

“The federal and state governments must step carefully here. The value proposition of owning a franchise dealership is diminishing, profits are being sucked up by tax and regressive regulation.

“I believe this one will be the straw that breaks the camel’s back. Dealers maybe exiting their business this quarter because it’s just getting too hard to trade.

“All the dealers want to do is sell cars. It’s starting to get noticed that the government treats the motor industry as a cash cow. Enough is enough, leave us alone.” 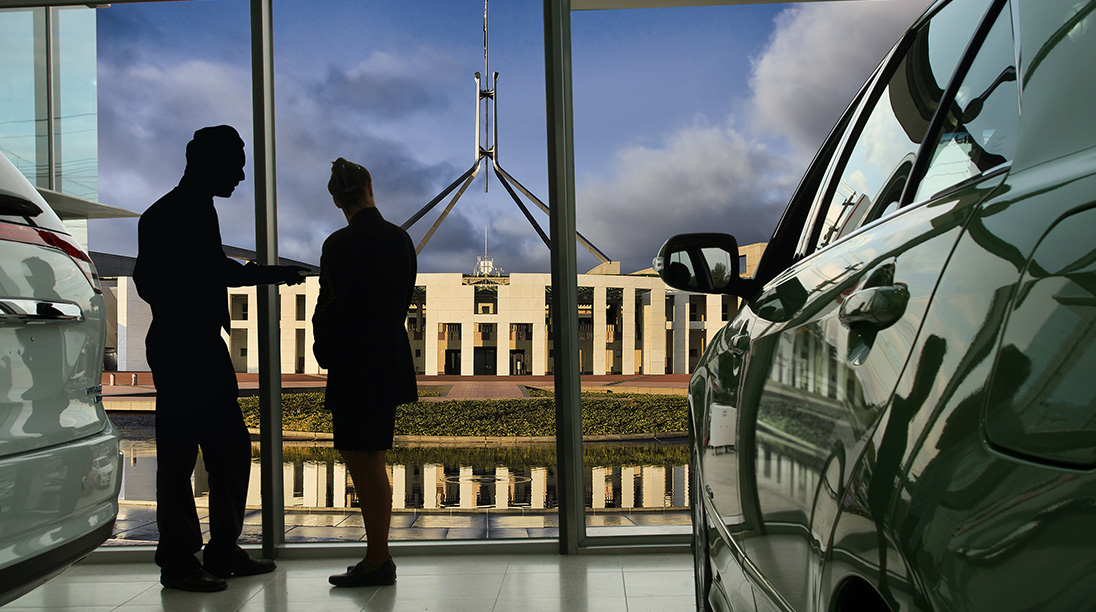 BACKGROUND: Within the report released by the federal government on February 4, 2019, commissioner Kenneth Hayne made 76 recommendations. The VACC is mostly concerned with recommendation 1.7 that puts into play that retail dealers acting as a broker for loan applications having a requirement to hold an Australian Credit Licence (ACL) and comply with the National Consumer Credit Protection (NCCP) Act.

The VACC points out that dealers and retailers are already representatives of ACL holders.

In a letter to members, the VACC said that under the current NCCP Act, it is mandated that the ACL holder is accountable for dealers and that ACL holders have the onus to ensure dealer compliance with credit legislation.

“This extends to dealer participation in training and management of conflicts. This was not acknowledged in the report,” the chamber said.

The AADA, VACC and the Australian Retailers Association are rallying against the implementation of such a licencing requirement and seek a positive commitment from government that it will not abolish the point-of-sale (POS) exemption that was introduced as an interim measure in 2009-10 as part of the NCCP reforms.

“Industry is concerned that under potentially new arrangements, consumers will not have access to credit at a store or dealership and that this will impact their buying intentions,” the VACC said.

“The fact that a consumer can currently obtain finance from a dealership in a cost effective, convenient one-stop solution that benefits all parties, makes the proposed tougher criteria all the more staggering.

“It must be noted that government concern regarding dealer arranged finance belies the royal commission opinion that, although delinquency indices for motor vehicle loans have increased since 2012, they remained at low levels in absolute terms.

“It is the government’s intention to enact the ACL obligation from July 1, 2020. This would be catastrophic for government and Industry.” 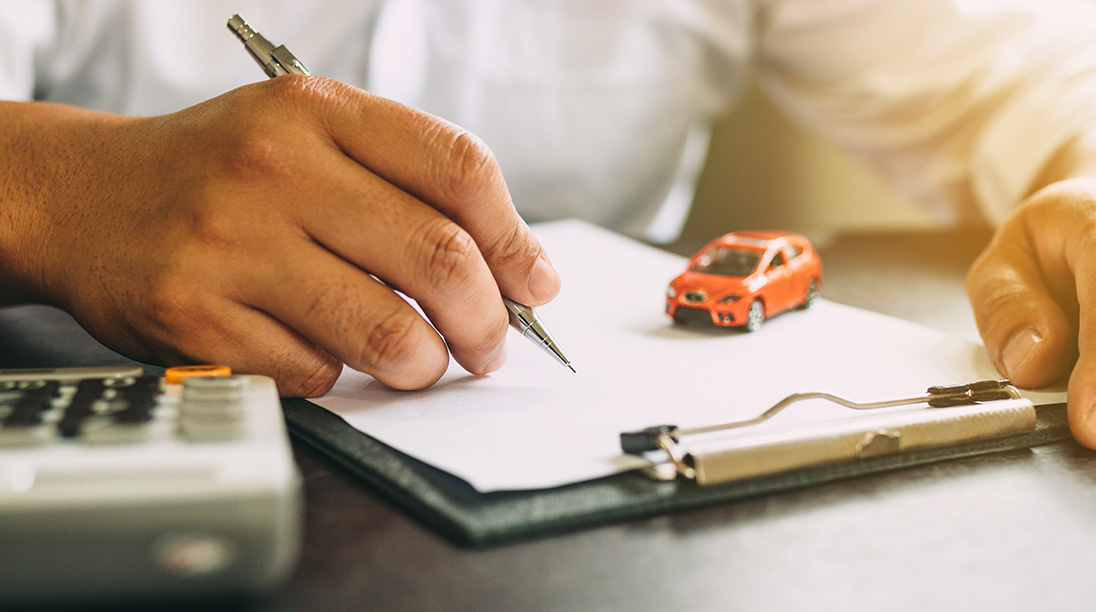