USED car specialist, OzCar, is moving to expand its operations into a national footprint of 50 used car dealerships and is offering 25 franchise opportunities to existing used-car and new-car dealers across Australia.

OzCar, a family enterprise of Brett Dale, his father Ian Dale and James Keepkie, was first launched in 1998 and currently has 11 used-car operations, mainly in NSW, operated by the two families.

Following the successful testing of its franchise rules, business support operations, IT and CRM systems in a pilot site in Taree on the mid-north coast of NSW, OzCar is now offering dealers used car franchise opportunities, initially across the eastern seaboard.

The plan is to add 14 OzCar company stores over the next two years. At the same time OzCar plans to appoint an additional 25 OzCar dealers to operate under the OzCar franchise brand.

This would ultimately see the brand operating 50 OzCar stores which will share in the market power of a potential combined stock pool of between 7000 and 10,000 vehicles – all displayed on the OzCar website. The site is currently delivering 140 leads a week to individual OzCar stores from traffic of 750,000 unique visitors a year.

The Taree pilot is selling 30 to 35 cars a month from a stock of around 45 vehicles.

In addition to the Taree pilot, OzCar has opened new sites in Five Dock, NSW, and Moorooka, Queensland, with Toowoomba to open in mid August. OzCar has a Victorian site in Wodonga and is also looking to expand in state over the next six months and then into South Australia, the Northern Territory and Western Australia.

The opportunity comes at a time when many dealers have lost their Holden and Honda new cars franchises and are unable to find alternative available brands to sell in their showrooms. OzCar is suggesting dealers consider turning their showrooms and forecourts over to OzCar branded all-makes displays.

The appeal of a used car franchise for both new- and used-car dealers is that they are masters of their own destiny. Used-car business owners choose what level of stock to have on hand, the types and brands of cars they wish to stock and are not subject to often unreasonable and costly sales targets and penalties that are common in new-car franchising.

Whereas new-car retailers have to deal with unpopular models often to their cost, used-car franchise dealers simply avoid the problem by choosing not to take them into stock. They can stick to vehicles with known buyer appeal that deliver consistent margins.

The used-car business has been transformed over recent years with very high levels of quality and durability in many makes and from factory warranties as long as seven years (Kia) to 10 years (Mitsubishi).

OzCar managing director Brett Dale told GoAutoNews Premium that the partnership between the company-owned stores and the franchisees stores was important to the business model.

“The franchisees will benefit from us being involved directly with our own company-owned stores. We are in there doing exactly what they do, which in the end is to sell more cars, make more gross, make more profits and look after our customers along the way,” he said.

“So we will continue to grow the company-owned. We still want our own footprint and the franchises obviously will leverage off that.” 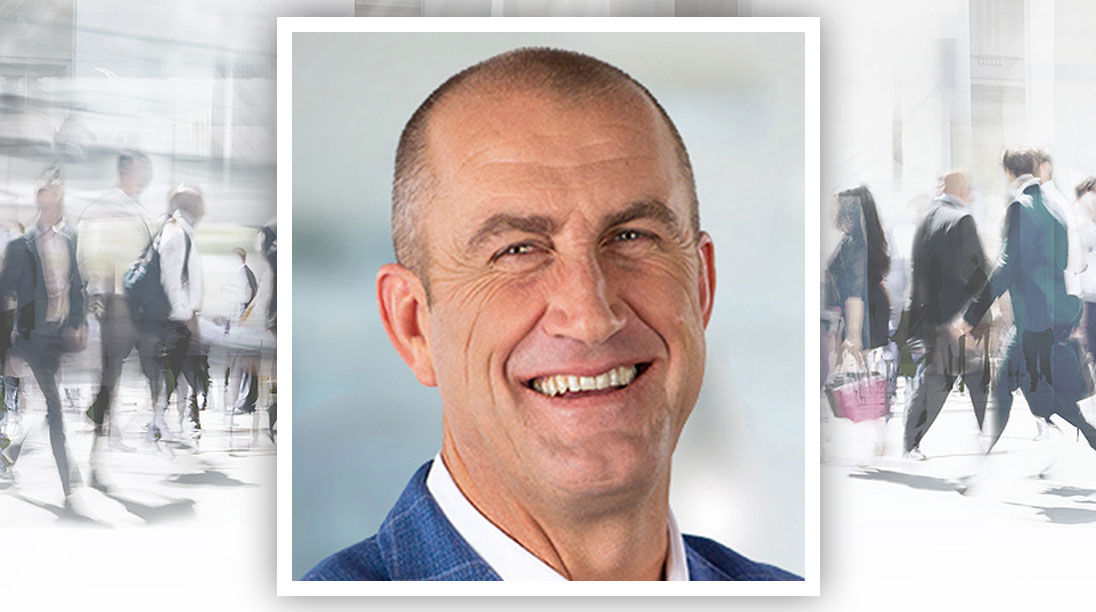 Mr Dale added that unlike a start-up, the current company stores provide an established critical mass for the new franchisees as they come on board.

“If it was just a start-up depending on signing up new franchisees there would be limited stock. But because we already have 11 stores going with a pool of stock, each franchisee who signs on is joining the established pool of stock and an established business with a proven track record,” he said.

“The stock pool works really well. For instance the Taree franchisee has 45 to 50 cars on his lot but he also has access to all of our cars. If we have a car he needs, for a flat fee he reserves the cars and it’s his to take.

OzCar also runs a wholesaling tender system for its stores.

“In NSW our wholesale tender system which runs currently once a week. We get about 60 odd dealers buying all the trades we don’t want or that don’t pass the quality inspection. So that will be open for our franchisees to use to offload these cars if they can’t do it from where they are now,” Mr Dale said.

Alternatively the franchisees can buy cars through the tender system as well.

Mr Dale said OzCar offered a number of add-on administrative services to franchisees as well as purchasing power for various consumables. These were especially appealing to smaller used car dealers. He said the Taree pilot store has taken on all the add ons.

“So we do his accounting, we do his admin, we do his stock control, we do his payroll, we do his IT, we do his service and warranty bookings and management for him and we do his reception for him. So he has reduced all these costs instead of having an extra one or two people around. We deliver his accounts on the fifth day of the month,” he said.

“Our dealers can choose which add-ons they want or choose not to have any. This model will work very well for current little used-car guys, whereas new-car dealers who sign on may not be interested in these add-ons because they already have the infrastructure and that’s fine, let’s just get on and improve the used-car departments’ bottom line.

Mr Dale added that having 50 used car specialists operating under the OzCar umbrella would bring a wealth of knowledge to the OzCar brand.

He said that the OzCar website lists 1200 cars from the company-owned stores and another 1200 cars listed by private sellers under the OzCar Connect brand. The average sale price is about $34,000.

Mr Dale also said the OzCar offered franchisees a back end of up to 70 TV commercials and other marketing collateral including different sales campaigns that they can choose to run at any time. 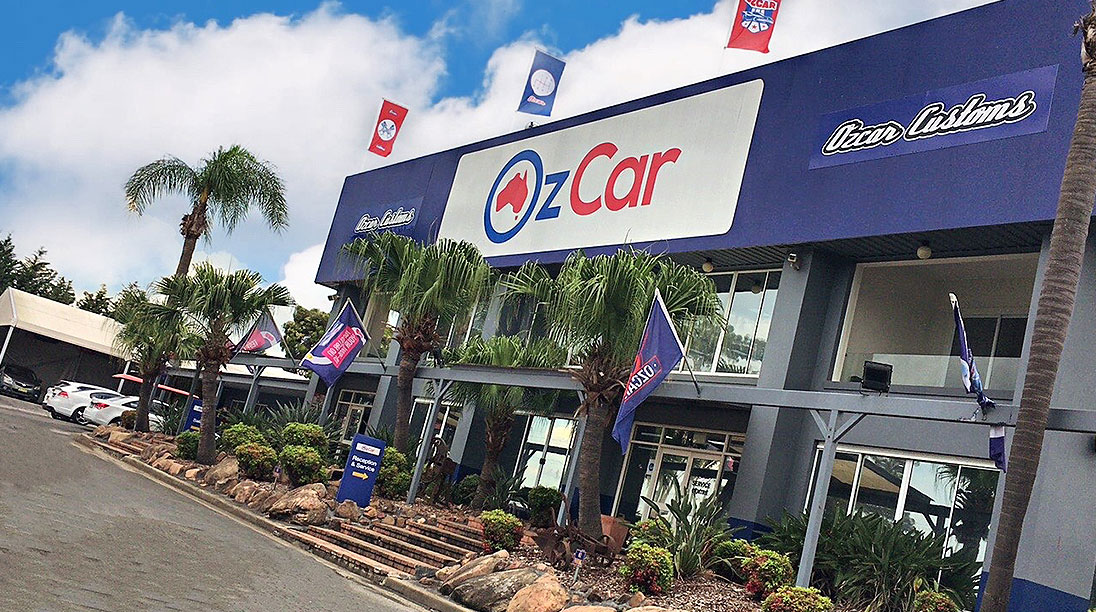 He said OzCar can support franchisees’ sales by sending them additional stock for special sales.

“Taree  is planning to have a sale in September.  We will send 50 of our cars up there. So he will have 45 of his plus 50 of ours and he will have nearly 100 on the lot. Happy days for him because he could never do that as a single operator.

“He probably couldn’t afford to or he just would not have the capability of getting another 50 cars prepared for a weekend and having a sale.”

Each franchisee must have a service centre to handle their warranty and service. Quality control is handled by a hub in Sydney – every car OzCar buys goes through the hub where it gets reconditioned and a 191 point check and gets serviced.

“Our quality is important. So we use our hub for company-owned dealerships. Franchisees must obviously follow the same principles as us in terms of the quality of their stock. They can use their own service departments or they can use us if they are buying in Sydney,” Mr Dale said.

OzCar offers a 12-month warranty and a seven day exchange program which has been running for 20 years.

“If you buy a car and just don’t like it for whatever reason, just come and swap it for something similar,” he continued.

The franchise has support staff and trainers in place based in the current company stores will be extended into the franchise stores as they come on stream.

Smaller used-car operators which come on board will also benefit from access to financiers to which they may never have had access before.

Mr Dale said that the wholesaling back-end of OzCar would help its dealers to trade more effectively.

“Imagine a dealer taking a BT-50 as a trade-in. I’ve already got two out of a stock of only 40 and I don’t want another one. Our wholesale department is just one phone call away, and we’ll take it and we’ll be taking it for probably more than what they would have traded it for.

“Hypothetically they would normally be trading it at 20 grand, but with the number of dealerships we have and the high demand we’ll be able to pay more; $21,000 or more. So our franchisees are going to get that extra benefit.”

Asked what his vision was for OzCar after the two-year rollout, Mr Dale said: “That is a good question. Let’s see how successful the next two years are. There’s definitely a market out there for those guys who want that outcome of increasing sales and gross and profit out of their used car department.

“That’s what we’re about and we do that by giving dealers more enquiries, more stock, more trading ability, more skill, and then they leverage off our team as well,” he said.